UltraTox is marketed as a weight-loss support supplement that is reported to help the body to maintain a proper balance of the hormone Leptin. Read more about UltraTox Reviews here.

UltraTox is a dietary supplement that product makers claim can regulate leptin, a hormone that is responsible for managing energy balance and suppressing food intake. Research suggests that individuals who are obese may be resistant to leptin, so UltraTox is believed to help by providing regulation of this hormone.

UltraTox contains a blend of ingredients that are thought to regulate levels of the hormone leptin, which plays a role in food intake and energy balance. By keeping a proper balance of leptin, UltraTox can help a person to regulate their appetite and reduce overeating in order to enable weight loss. It is important to keep in mind, though, that the makers of UltraTox provide no scientific evidence to support that the product somehow plays a role in the regulation of leptin. 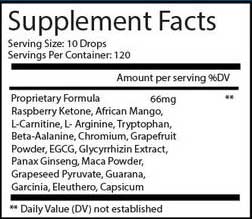 Cinnamon Bark – Cinnamon is believed to play a role in promoting healthy blood sugar levels, and one animal study revealed that cinnamon had a positive effect on gut bacteria and as a result was able to prevent fat gain among mice eating a high-fat diet, in addition to reducing insulin resistance. Research with humans shows that cinnamon can lower blood sugar levels among those with diabetes, and while there have been claims that cinnamon can help with weight loss, there isn’t enough evidence to support this claim at this time.

Turmeric – Turmeric is often touted as an effective weight loss supplement, but a recent study found that people who supplemented with turmeric and exercised did not lose any additional weight when compared to people who exercised without turmeric supplementation.

Is UltraTox Backed By Science?

UltraTox makers claim that their product can restore the balance of leptin and lead to weight loss by regulating food intake, but there is no evidence to support this claim. UltraTox does contain ingredients that are believed to help with weight loss, but there is limited evidence in scientific studies to support the use of these ingredients. For instance, cinnamon has been found to lower blood sugar levels, but there isn’t any evidence that it promotes weight loss. Animal studies suggest that mineral ketones like those in Calcium BHB can reduce body fat in rats, but human research is lacking. There also is not much evidence to suggest that turmeric is beneficial for weight loss.

Research with the ingredients in UltraTox suggests that the product may have the following benefits:

Those who are considering UltraTox may have some of the following questions:

Q: What is the price of UltraTox?

A: There are no reported safety concerns with UltraTox, but some users may experience an upset stomach.

Q: Does UltraTox have side effects?

A: Upset stomach is a potential side effect with UltraTox, due to the ketone mineral salts in the product.

Q: What do consumers say about UltraTox?

A: There are limited product reviews of UltraTox available, but UltraTox reviews that are published are mostly negative, with consumers reporting the product is a scam.

The Bottom Line: Is UltraTox Worth It? 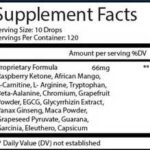 [1] “The role of leptin and ghrelin in the regulation of food intake and body weight in humans: a review:” https://pubmed.ncbi.nlm.nih.gov/17212793/
[2] ”Reduced obesity, diabetes, and steatosis upon cinnamon and grape pomace are associated with changes in gut microbiota and markers of gut barrier:” https://journals.physiology.org/doi/full/10.1152/ajpendo.00107.2017
[3] ”To what extent does cinnamon administration improve the glycemic and lipid profiles?” https://www.sciencedirect.com/science/article/pii/S2405457718303735?
[4] “Oral ?-hydroxybutyrate increases ketonemia, decreases visceral adipocyte volume and improves serum lipid profile in Wistar rats:” https://nutritionandmetabolism.biomedcentral.com/articles/10.1186/s12986-017-0184-4
[5] ”Effects of Pilates Training and Turmeric Supplementation on Sirtuin 1 Level and Body Composition in Postmenopausal Females with Sedentary Overweight: A Randomized, Double-Blind, Clinical Trial:” https://sites.kowsarpub.com/zjrms/articles/81620.html
[6] ”Effect of a Sodium and Calcium DL-?-Hydroxybutyrate Salt in Healthy Adults:” https://www.hindawi.com/journals/jnme/2018/9812806/