Pamelor Reviews – Does Pamelor Have Any Side Effects?

Pamelor is a nortriptyline, a second-generation tricyclic antidepressant, We recommend taking it as directed by your doctor. Read more about Pamelor. Does It Work?

Dealing with depression is extremely difficult. You constantly feel anxious with just about everything. If left untreated, you might even fall deeper into your predicament and end up giving up. This is what you need to avoid. Hence, the moment you start feeling that you’re about to fall into the deep end of the ocean, get up from your seat and get help from a doctor, someone who understands your body and can explain to you why you’re going through this dilemma.

People who suffer from severe depression lack the chemical serotonin. This is the very component that lifts your mood. Without it, you’re physically unable to stop what you’re feeling. In fact, you could be in this predicament for weeks or even months at a time. Some patients who haven’t sought out the help they deserve end up in suicide. But if you’re willing to admit that you need help, you can get a prescription for Pamelor and finally feel better. Just don’t expect to feel the changes immediately. Give it time and in a few weeks, you’ll notice that you have a much better grip on your emotions. 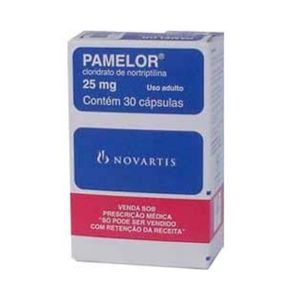 How Does Pamelor Work?

Pamelor is a nortriptyline, a second-generation tricyclic antidepressant. Take this as directed by your doctor and be mindful of what you feel. Drugs of this nature often come with side effects. Not to worry because this is normal, considering just how potent the components are. In fact, you need to be carefully monitored by your physician so that you’re given further help if you start feeling some form of discomfort.

Pamelor Ingredients – Are They Safe & Effective?

– NE may be a key neurotransmitter in the pathophysiology and management of depressive disorders, according to several lines of evidence. The limbic system, which is involved in the control of emotions, is innervated by NE projections from the locus coeruleus.[1]

There are a lot of differences between postmortem brains from depressed patients and healthy controls in terms of the NE system components.

– The studies of “tryptophan depletion,” which use an acute dietary manipulation to temporarily lower brain serotonin activity by reducing the availability of its precursor amino acid, tryptophan, provide the strongest evidence that serotonin is involved in the pathophysiology of depression.[2]

The most common side effects are as follows:

More importantly, this medicine isn’t for everyone. If you suffer from other health issues, then you might want to resort to other forms of medicine. Just talk to your doctor because you can always get the help you need.

Q: Are There Alternatives Of Pamelor?

Pamelor has helped thousands of patients cope with depression. If you’re given a clean bill of health, then you can definitely be a candidate for this drug. However, make sure to stay away from caffeine, alcohol, and other medicines as you’ll expose yourself to possible dangers such as internal bleeding and loss of consciousness. Antidepressants come with their own set of risks, but as long as you have a physician to help you on your journey to recovery, then you need not worry too much. Just take care of your problem and know that this difficult situation won’t last forever. 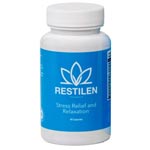 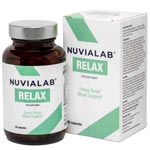 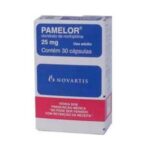