This depression supplement mixed with other natural compounds or herbs in supplements designed to address anxiety and promote relaxation. It can be purchased online or from health retail establishments. However, Phenibut is only available with a prescription in certain countries like Russia. 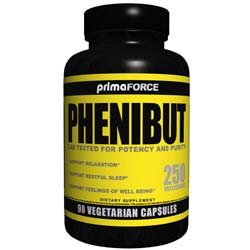 Phenibut was discovered by scientists in the Soviet Union in the 1960s. It was initially used for treating anxiety, insomnia and post-traumatic stress disorder. It became very popular because of its ability to lower stress or control anxiety without having negative effects on the physical and mental performance of the user. This is why it was part of the standard equipment in the medical kit of Russian cosmonauts during the 1960s and 1970s. It was even included in the cosmonaut’s kit for those who participated in the Apollo-Soyuz joint mission in 1975.

How Does Phenibut Work?

Phenibut works by binding to the GABA receptors in a person’s brain. Compounds that bind to these receptors like alcohol and benzodiazepines have a significant effect in reducing anxiety while at the same time having a moderate euphoria effect. In higher doses, these compounds typically cause sleepiness which is the reason they are commonly used for treating insomnia and other sleep problems. One of the best features of phenibut is that it doesn’t just relieve stress and anxiety, but can also be used to improve cognitive function, memory, sleep quality and overall sense of well-being.

What You Can Expect From Phenibut?

Phenibut is a top rated depression medication unlike many so-called natural remedies for anxiety, stress and sleep problems. It is a moderately powerful compound which is not legal in certain countries. Here are some of the most popular uses for the compound:

Since it is a compound that binds to GABA receptors, with higher doses, it can cause sleepiness. Phenibut is one of the most popular natural treatments for insomnia. However, some users claim that tolerance to the compounds builds up fast and withdrawal symptoms can be experienced when you suddenly stop intake. This is the reason most users recommend tapering off if you want to stop the intake of the compound.

There is a lot of clinical evidence that Phenibut improves cognitive function, memory and neurological functions. Although there is still no specific explanation, it is suggested that this effect is due to the compound’s action on GABA-A, GABA-B and dopamine receptors. A recent study also found that the compound increased transcallosal response amplitude in the brain which enhances the communication between the left and right hemispheres of the brain.

Phenibut is also known to improve mood and overall well-being. This is because of the compound’s ability to stimulate dopamine receptors. Again, it has an anxiolytic effect or the ability to relieve anxiety since it is a GABA agonist. This is also the reason it can be used for treating depression, high stress and other psychological problems. Just remember to follow the recommended intake in order to prevent side effects.

One of the primary disadvantages of Phenibut is that tolerance builds up quickly so to maintain effectiveness, it would be best used on occasion only or cycled. Dietary supplements usually recommend taking phenibut for 5 days then taking 2 days off. It can also be cycled wherein the compound is taken for two weeks, followed by two weeks off before starting the cycle again. The dosage varies depending on your primary goal (improved sleep, treating anxiety, etc.). The dosage range is around 250 to 1500 mg twice daily or as needed.

There is a reason why Phenibut can only be obtained with a prescription in some countries. It is safe when taken in the right dosage or when it is used as directed. However, the tendency is that users take high doses hoping to have enhanced effects or because of tolerance. Some users even claim that it is addictive, especially when used to improve sleep. There are also some experiences wherein users suffered from withdrawal symptoms (insomnia, anxiety, depression, hallucinations) when they abruptly discontinue intake of the compound.

Phenibut is currently a very popular supplement which can be used for treating anxiety, improving sleep quality and improving cognitive function. However, it is not completely safe and is even considered to be a dangerous drug in countries like Russia. If you’re planning to take this supplement, you have to be very careful and follow the recommended dosage cautiously. If you’re planning to use it for anxiety or any other reason, there may be safer antidepressant supplements available. 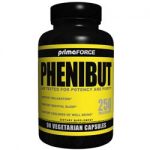