Vitanica Women's Phase II ® is a clinically formulated menopausal supplement that claims to alleviate the severity of symptoms associated with this women's issue. 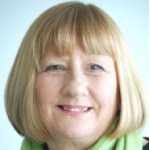 It is a dietary supplement formulated to relieve the different symptoms of menopause. It only uses botanical extracts that have been shown to help alleviate the different menopause symptoms.

This is Vitanica’s flagship product which is proven to be effective through a double blind placebo controlled trial as stated on the product’s webpage on the Vitanica site. A 180 capsule bottle is being sold online for $21. 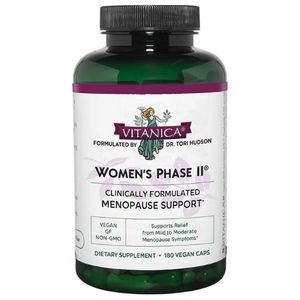 Licorice root also contains phytoestrogens which help ease certain menopause symptoms. This natural extract is also used as a remedy for a variety of ailments from stomach ulcers to depression.

Burdock root is said to offer cooling effects on the body which is very useful in relieving hot flashes. It is also known to help cleanse toxins from the body, lower blood sugar level and improve digestion.

Motherwort herb is a popular uterine tonic that contains flavonoids, tannins and vitamin A. It can help relieve insomnia, anxiety and other symptoms of menopause.

Wild yam root has been shown to relieve menopause symptoms like irritability and joint pain in some studies but there are also studies stating it is not really effective.

– Licorice may help prevent hot flashes by reducing the severity and duration of the hot flashes. The natural remedy has a history and is supported by research. Menopause studies have revealed that the herb may relieve menopausal symptoms.[3]

– Motherwort is a minty-looking herbaceous plant. This ingredient claims to alleviate the symptoms of menopause.[4]

Q: Does It Really Work?

A: Although there is good feedback from people who have tried Vitanica Women’s Phase II Menopause Support, there is no clinical evidence that it really works.

The product has not undergone thorough testing for effectiveness or safety. Some active ingredients are proven to help in relieving menopause symptoms.

The negative feedback has something to do with the product not being able to deliver the expected results or having very minimal effects.

A: In spite of the fact that the supplement is made with all-natural ingredients, it cannot be considered completely safe since some ingredients are known to cause side effects.

Before taking, make sure that you’re not hypersensitive to any of the ingredients. Follow the recommended dosage carefully to reduce the risk of side effects.

Q: Is There Any Similar Products Like Women’s Phase II Menopause Support?

Q: How to use Women’s Phase II Menopause Support?

Q: What precautions should you take while taking Women’s Phase II Menopause Support?

A: Do not take if you have hypertension, very heavy menses or are taking blood thinning medication. This shouldn’t be taken by women who are pregnant or nursing.

Keep out of reach of children. In the case of any side effect, discontinue intake. The supplement may cause adverse reactions when taken with certain medications.

After taking a close look at Vitanica Women’s Phase II Menopause Support, it is just an average menopause supplement. The main problem is that there is no clinical evidence that the formula is really effective in relieving menopause symptoms.

There is also no proof that it is completely safe. Most reviews from women who have tried it say it is not very effective offering minimal benefits only and some even say it doesn’t really work. There are much better menopause supplements on the market at the same price range.

Fortunately, natural therapies for menopausal symptoms such as weight gain, hot flashes, night sweats, decreased libido, and mood swings are available. Since many women experience weight gain during menopause, many natural menopause supplements contain herbs and botanicals that support a healthy metabolism. Menopause supplements should be evaluated on proven ingredients, ability to reduce hot flashes and night sweats, ability to provide hormonal balance and boost libido and its overall value.

Below you’ll find some of the most effective menopause supplements on the market today, in our opinion.

Verdict on Claimed Benefits: Below is our summary of the available evidence for the claimed benefits of below mentioned menopause supplements and vitamins based on the available research: 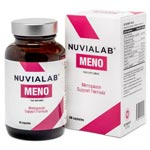 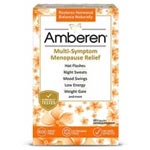 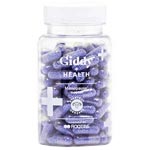 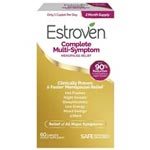 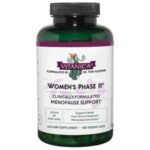