Is It Possible to Increase Semen Volume Naturally?
Advertising Disclosure ?

How To Increase Semen Volume Naturally? 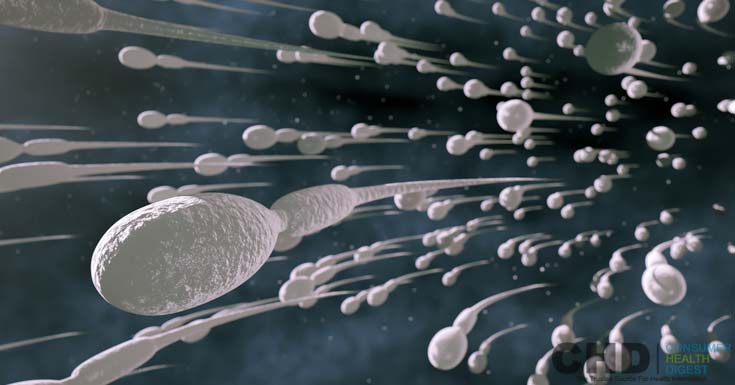 One of the most common misconceptions about sex for men is the relationship between the volume of semen expelled during ejaculation and “virility.”

Although it is a fact that some men release more semen than others during ejaculation, this by no means influences overall fertility or sex appeal!

Many men remain confused about “normal” semen volume levels due to their perception of “superhuman” men in pornography, who, typically due to camera angles and other production tricks, expel massive quantities of semen during their ejaculations.

This, however, is simply not the reality of the situation.

What is Normal Semen Volume?

For most men, between 3ml-5ml of semen will be released during an ejaculation, with the extremes of observed cases ranging between 0ml and 7.6 ml.

Between the ages of 30 and 35, men are commonly believed to be in their “peak” semen volume production period. Following this, it’s not uncommon for a man’s ejaculations to become smaller, particularly after reaching the age of 55.

Why Do Men Want to Increase Semen Volume?

Because of the media’s portrayal of masculinity as a powerful, sexually-advanced being, it’s not uncommon for men to seek improvements to every aspect of their physicality, particularly those that relate to sexual performance.

The volume of semen expelled during an ejaculation is just one small element of a much larger picture. That being said, it’s not uncommon for men to seek out treatment methods that provide “guaranteed” results when it comes to increased semen volume.

You May Also Like – Male Age Affect The Sperm Count?

As stated previously, one of the most common associations in contemporary media, particularly adult cinema, is that the more “masculine” a man is, the more semen he expels during an ejaculation.

This is due in large part to the nature of the ejaculations occurring in pornography, many of which seek to provide visual “proof” of ejaculation having occurred.

There are no science-based, quantifiable factors that link increased semen volume to an overall increase in masculine traits.

Yet another misconception carried by many men is that increased pleasure during sex results in an increase of semen ejaculated from the manhood.

Currently, there exists no observable, defined relationship between an increase in received sexual pleasure and an increase in expelled ejaculate. Any claims to the contrary must be considered false.

Although an orgasm may feel “stronger” the longer it has taken to develop in the male body, the actual physical mechanics incorporated into the ejaculatory process are not changed.

Is it Possible to Increase Semen Volume?

Although there currently do not exist any proven methods for increasing semen volume, pharmaceutical or otherwise, it’s not uncommon for doctors to recommend that men increase their fluid intake in order to ensure that the maximum possible amount of semen is expelled during ejaculation.

That being said, this does not increase the overall quantity of semen present during an ejaculate beyond a man’s current standards.

Before embarking upon the path to attempting to increase semen volume during ejaculation, men should ask themselves what their motivations are for doing so.

In many cases, men attempt to “improve” their sexual performance by taking some sex pills or mechanics out of deeply embedded insecurities, much of which may be directly manifesting themselves in their current relationship.