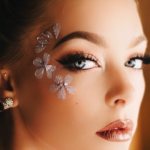 What is DHC Deep Cleansing Oil?

It also nourishes the skin with antioxidant olive oil so that it is a multi-use product. It is made by a company called DHC which is a huge corporation in Japan and has a subsidiary in the United States. The DHC stood for Daigaku Honyaku Center and was started in 1980.

Who is the Manufacturer of DHC Deep Cleansing Oil?

DHC Deep Cleansing Oil has a lot of valuable ingredients that help with nourishing the skin as well as taking off makeup including:

It also has ingredients that remove the makeup and cleanse the skin along with those moisturizing ingredients such as caprylic/capric triglyceride, sorbeth-30 tetraoleate, pentylene glycol, phenoxyethanol, tocopherol, and stearyl glycyrrhetinate.

With the nourishing ingredients and ability to take off makeup, the DHC Deep Cleansing Oil should work very well to do both.

Unlike some makeup removers, it does more than just clean the skin and with the moisturizing elements, it also makes the skin softer and more nourished instead of drying it out.

This cleanser should work very well in my opinion and the opinions of the reviewers who have used it.

What are the Pros of DHC Deep Cleansing Oil?

There are many advantages of using DHC Deep Cleansing Oil such as:

What are the Cons of DHC Deep Cleansing Oil?

There are not a lot of negative things I can say about DHC Deep Cleansing Oil but the few available are:

DHC Deep Cleansing Oil should be a very safe product to use. It has natural nourishing ingredients as well as vitamins and antioxidants.

Only one review I found had a negative remark that it made their skin drier that seemed impossible due to the ingredients, but that was their viewpoint. It is also safe enough to use daily.

As a cleanser and moisturizing cleanser, DHC Deep Cleansing Oil should show the user good results.

The ingredients are good ones, and the reviews show that this is an excellent product.

Reviewers stated it was gentle, leaves a clean feel, it’s not greasy, it improves the texture of the skin, it is moisturizing, works for daily use, and works for all kinds of skin types including dry, oily, combination, and sensitive skin.

What Can I Expect From Using DHC Deep Cleansing Oil?

You should be able to see cleaner, softer skin after using this product. Not only does DHC Deep Cleansing Oil remove eye makeup but some skin cleansers dry out the skin.

This one has nourishing, vitamin-rich, and antioxidant ingredients that make it a product you can use daily without drying out the skin.

You should expect to have your pores unclogged and your face free of daily makeup as well as having it more moisturized and younger-looking with regular use.

Where Can I buy DHC Deep Cleansing Oil?

The product can be purchased directly from its official website and on Amazon, Ulta, Target, and other retailer websites.

I am very impressed with DHC Deep Cleansing Oil. Almost every single review is positive and having used makeup removers in the past, this one is impressive because it moisturizes instead of drying out the skin.

The price isn’t bad at all, and since you can use it for makeup removal and moisturizing, it has more than one use. It is also easy to use by simply applying it with hands and then rinsing.

I would recommend this product.

You may find cheaper skin cleansers, but you probably won’t find one that also moisturizes the skin with the same ingredients that DHC Deep Cleansing Oil has such as the olive oil and rosemary oils.

These alone are excellent components that you’d find in many luxury brands of anti-aging creams so that alone is quite a selling point.

Having taken into consideration the user reviews for each of the makeup products, along with the active ingredients, we have taken the liberty of rating the most effective products. The rating was made in accordance to these key factors: quality of active ingredients, natural formula, prevention of clogged pores, smooth finish and skin health and appearance improvement. 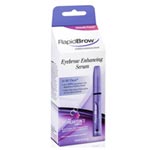 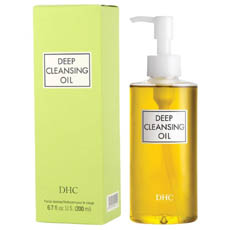 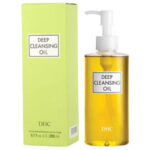