What Causes Puffiness Under The Eyes?

What are Puffy Eyes?

Puffy eyes, also known as preorbital puffiness is a condition wherein the skin around the eyes gets swollen due to a number of different factors. This is a very common occurrence that everyone will have to go through and deal with at one point it their lives. This is why it is important to know the causes and treatments for swollen eyes. It’s hard to diagnose the cause of puffy eyes because it happens a lot and a lot of the time, more than one symptom contributes to the formation of puffy eyes.

What are the Causes of Puffy Eyes Bags?

As previously mentioned, it’s quite hard to pinpoint the cause of puffy eyes, but for the sake of spreading useful information, I will list down and explain a few of the most common causes.

1. Puffy Eyes Due to Allergies 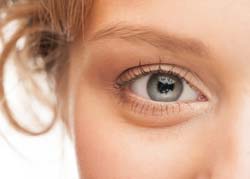 Allergies seem to be one of the most common causes of puffy eyes. A person gets puffy eyes from allergies because the skin in the eye area reacts to a particular product or ingredient, which then causes the area to get inflamed. Most of the time, inflammations due to allergies can be treated by using an eye cream that will help the swelling go down but sometimes, leaving it the inflamed area alone can suffice. It is for these reasons that skin experts and eye doctors caution against using products that might be too harsh for the skin around the eyes.

2. Puffy Eyes Due to Sinus Problems

Some cases of puffy eyes occur due to sinus infections. People who have a cold may find themselves waking up with a case of puffy and sometimes, watery eyes because the sinuses, which is located near the eye area swells up and spreads to the eye area. This also happens to those who may be suffering from allergies.

3. Puffy Eyes Due to Water Retention

Getting morning-after puffy eyes are also quite common. This happens because of water retention, caused by crying a lot in the evening or perhaps eating foods that contain a lot of salt at night. Salt is quite known for making the body retain water. This is certainly true for the eye area. The saltwater from the tears and the food that a person eats slows down the circulation of fluids in the eye area, making it appear puffy. Apart from crying and eating sodium-rich foods

4. Puffy Eyes Due To Infections

In some more serious cases, puffy eyes can be a result of bacterial or viral infections. These can happen due to an infection in the tear ducts or other delicate parts of the skin around the eyes. This can manifest in the appearance of a sty or pink eye.

Pink eye, also known as conjunctivitis is a situation in which the membranes covering the white part of the eye gets inflamed, which then affects the surrounding areas of the eyes. A sty is an inflammation due to an infection in the hair follicles of the eyelashes. This infection usually occurs when the oil glands found in the eyelids get clogged up. Much like other issues with the skin around the eyes, getting says is quite common and is generally not considered fatal-this can be treated by simply applying a warm compress to the affected area, keeping it clean and protected from foreign elements.

5. Puffy Eyes Due to Hormonal Imbalance

Swollen eyes, because it happens to most of us, is not really a cause for alarm. However, it can be a bit of an inconvenience, which can disrupt your daily routines and schedules, so knowing the causes and treatments is valuable information. The important thing to know about under eye puffiness is that it is very treatable and sometimes, it goes away within a couple of hours. However, it is still quite important to monitor how often you get puffy eyes and if it persists for long periods of time. Sometimes, getting puffy eyes can be a symptom of an underlying condition or illness. Puffiness below eyes can be treated with the help of Plexaderm, have a single look over its review.