What is Magnum XXL?

Magnum XXL is a sexual support supplement that is being promoted as the number one product available on the market.

The product is advertised as a multi-functional sexual enhancement formula that boosts libido and adds additional size to the user’s manhood.

The product is also promoted as a sexual enhancement testosterone booster, which is a hormone that is involved in a man’s sex drive, muscle mass and other bodily functions.

Who is the Manufacturer of Magnum XXL?

The manufacturer of Magnum XXL is known as Natura Life.

While there is little information available regarding this company, we were able to find out that they are based in Asia.

Thus, this product is not produced in the United States and is imported to other countries.

The product’s label claims that the formula will provide the following benefits to the male user:

Magnum XXL also claims that their formula does not contain any type of filler, binders or artificial ingredients.

Each of the following ingredients has been included in the formula of Magnum XXL:

Tongkat Ali – The root of this plant is often used to balance levels of testosterone among men, but there is not enough evidence to support these potential benefits. The evidence is available that Tongkat Ali can support fertility among men, boost libido, reduce body fat and increase muscle mass. The plant root extract can also provide a boost in energy.

Ginseng Root – The specific type of ginseng used in this formula isn’t specified. There are 11 different ginsengs. They are all used to improve the overall well-being of the human body.

Ginseng is often used to reduce stress levels, to reduce cholesterol, to lower blood sugar levels, to boost energy and to treat erectile dysfunction among men.

According to MayoClinic, a study on Gingseng has showed its efficacy for improved sexual function in men with erectile dysfunction.

Gotu Kola – This ingredient is also known as Centella Asiatica. It is a traditional medicinal herb in Indonesia, China, and India. It is often used to treat certain skin conditions and to enhance mental clarity. Gotu Kola can also be used to reduce mental fatigue.

Ginkgo Biloba – Ginkgo Biloba has numerous advantages for men who have problems with their sexual health and prostate function. The plant is especially useful for treating sexual dysfunctions that are caused by certain antidepressant drugs.

Apart from its ability to improve sexual function, the plant extract is also used to boost brain health and improve cognitive performance. However, MayoClinic has given Gingko a ‘C’ stating it might increase the risk of bleeding.

Q: How many capsules should be taken per day?

A: The user should take a maximum of two capsules per day. This product needs to be used for several months to experience the actual benefits.

Magnum XXL is a sexual enhancement pill from Asia that claims to provide numerous sexual benefits to men.

The product only includes a few ingredients and many of these substances do not have a sufficient amount of clinical evidence to prove they can provide the benefits the product claims they can.

However, we encourage readers to research similar products such as Ageless Male, Mdrive For Men, and Red Fortera online before buying any supplement with an alluring promotion.

With countless male enhancement supplements available on the market today it seems impossible to find "the right one." Sexual performance declines naturally as men age, which may contribute to feelings of inadequacy or embarrassment. Male enhancement supplements should be based on four key factors: active ingredients, ability to support sexual stamina, enhance arousal, improved* sexual desire and backed by clinical studies.

Below you’ll find some of the most effective male enhancement supplements on the market today, in our opinion. 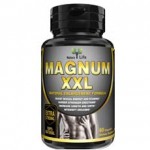