Enzyte E3 Reviews: Is This Product Worth Buying?

The brand-new Enzyte E3 Triple Intensity Male Enhancement is one that provides strong erection support. E3 is made to give you an increase in erection intensity. 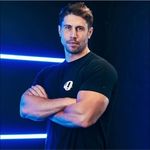 What is Enzyte E3?

Enzyte E3 is a formula designed for male enhancement, increasing energy production, and enhancing endurance during sexual experiences or exercises. It is a supplement in the form of a pill, which is made from very powerful ingredients known and proven to give consumers wonderful results.

Enzyte E3 increases blood flow into the male sex organ, providing the energy required during the experience. It also enhances the expansion of penile muscle tissues. 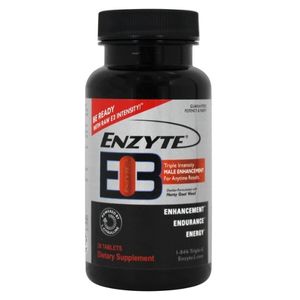 To get the most out of Enzyte3, which should be taken daily like a vitamin, you must use it when and where you need it. Even though you’ll experience an initial spike in intensity every time you take Enzyte3, you can anticipate longer-term improvements. Men who take Enzyte3 might have explosive power, increased arousal and response, and energizing, intense encounters.

Enzyte E3 is made from a blend of ingredients that are ultra-potent in giving you wonderful results during a sexual experience.

It increases blood flow into your male sexual organ, enhances penile muscle expansion as well as gives you a strong and powerful erection.
The main ingredients used include:

enhances vasodilation, the widening of blood vessels resulting in the relaxation of smooth muscle cells. It also increases nitric oxide and blood flow into the penis.
Also, according to PubMed, although short-term L-citrulline supplements have been proved to be effective in treating moderate to mild ED[1].

it plays an important role in boosting libido. It contains caffeine, which enhances alertness, focus, and endurance during the experience. It also enhances energy production through metabolism and energy circulation.
As per WebMD, guarana is used as an aphrodisiac. Although we need more research to prove its efficacy for the same[2].

It also enhances blood flow in the organ and enhances erections as well as endurance and performance.

it’s commonly found in a number of athletes and pre-workout supplements. It enhances muscle enlargement, boosts blood flow, enhances metabolism, and enhances performance. As per PubMed, study, one hundred sixty males with ED were randomized in a one to one ratio to receive up to 1500 mg oral niacin daily for 12 weeks. At the end of the study, it was concluded that niacin alone can improve erectile function in patients suffering from moderate to severe ED[4].

it’s a libido enhancer as it controls elevated prolactin, and helps in estrogen and testosterone function. It also promotes red blood cells and sperm production.

As an occasional customer of Enzyte products, I found the results of Enzyte E3 to be slight and will not purchase this again. It’s way too expensive for such minimal results. I inquired about a refund, due to satisfaction not being obtained, but was refused. There are many male enhancement products out there. ~ Nick

Q: Is It supposed to take Enzyte E3 daily or with intervals?

A: Enzyte E3 is supposed to be taken daily.

To experience the maximum benefits, take 3 pills for 90 days and you will increase your erection power, increase stamina, and performance in bed.

Q: Which Product Provides the Same Benefits In Competitive Price of Enzyte E3?

A: There are other products also that provide the same benefits in this price range, you can check these products before making your decision ErecAid, Erect On Demand.

Q: Are There Any Possible Side Effects of Enzyte E3?

A: There is no record of side effects.

Q: Which are the alternatives to Enzyte E3?

A: The alternatives to Enzyte E3 are Huge Mule XL, Stimulex, and Argi-Vive III.

As an occasional customer of Enzyte products, I found the results of Enzyte E3 to be slight and will not purchase this again. It’s way too expensive for such minimal results. I inquired about a refund, due to satisfaction not obtained, but was refused. There are many male enhancement products out there. ~ Nick

It’s said that some men who have good libido and stamina can have any woman in this world.

This is because they have strong sexual desires, and performance and can endure the experience for a long without getting exhausted easily. However, this is not always the case, a large number of them experience low sex drive and erectile dysfunctions. This usually makes them feel low and unworthy when among the ladies and other men.

Low libido should not stress you because there are some over the counter sex pills readily available on the market that can assist you to achieve the maximum.

Enzyte E3 is one of them as it was designed to help you out of these problems. It is a powerful and effective sex drive booster supplement that has proved to work best for a large number of men. It helps to increase your libido, sex energy, and endurance inexperience. I highly recommend you to use Enzyte E3 and attest to its amazing experience.