17 Surprising Health Benefits of Cucumber You May Have Never Realized

Cucumbers have long been regarded for their health benefits outside the diet. Most of us can remember the image of a woman with cucumbers on her eyes, perhaps a mask covering the rest of her face. Most likely a ‘cucumber’ mask at that.

Furthermore, you’ve heard the term, cool as a cucumber. This term actually originates from the metaphorical etymology of the term cool – as in composed, and cucumbers, which are cool to the touch. But it really means so much more…

Cucumbers ARE cool, to the touch and as it is an inanimate object, it surely cannot be composed, but rather – temperate, in the analogous context. They are so awesome for so many reasons.

Cucumbers belong to the same family as melons and squashes (or gourds). Cousins of this fruit include watermelon, cantaloupe, summer squash, zucchini and pumpkin. They are delicious and nutritious! Not to mention the several other benefits this surprisingly well known fruit is not well known for.

Now, as you recall to mind the image of the woman with the cucumbers on her face, try to pull together everything that you know about cucumbers. Beyond that, prepare to have your mind blown.

Let us begin with skin and hair care while it’s on the agenda. 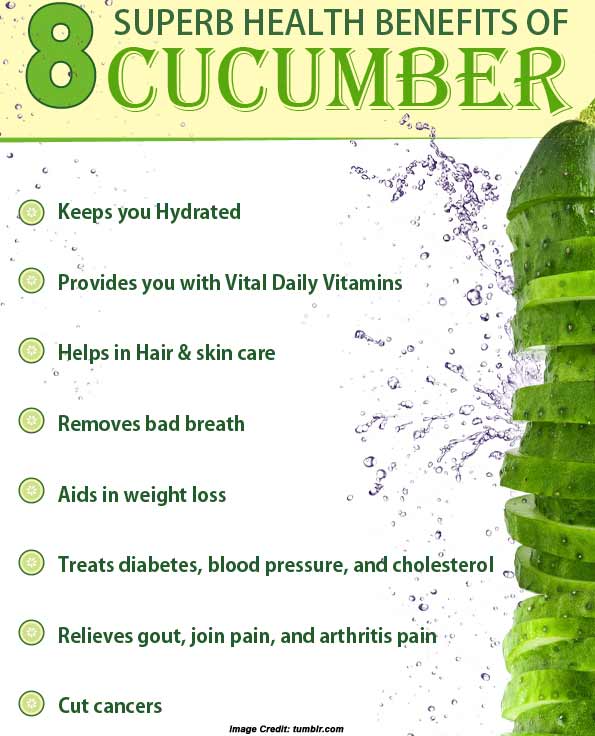 1. Cucumber may do more for your skin than for your palate. Cucumbers are a source of several compounds that fight inflammation and skin aging. Among these compounds are cucurbitacins and cucumerin.

2. Take note that cucurbitacins could be a promising target for cancer therapy! It is stated in the International Journal of Health Sciences that natural and semi-synthetic cucurbitaceous show promising anticancer activities.

3. In an article published in 2007 in the medical journal ‘Advances in Experimental Medicine and Biology’, it was stated that cucumerin has potent anti-inflammatory and anti-tumor properties. It is further stated that cucumerin regulates chemical messengers that cause inflammation in the body.

So, keeping up with the skin benefits alone – these anti-inflammatory properties aid in skin health alongside the antioxidants and other vitamins that are multi-functioning in this quiet super-food. 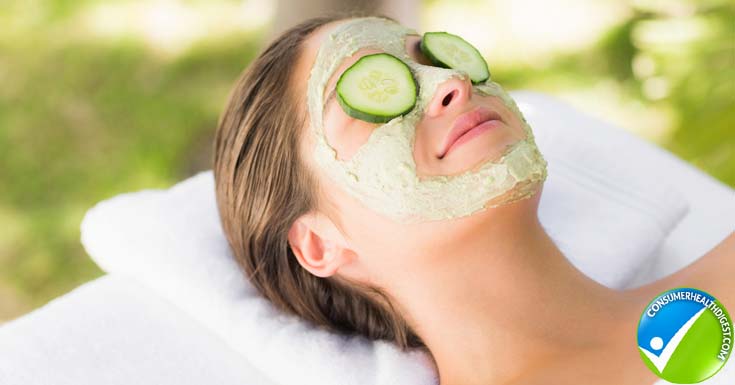 4. Vitamin K – Which is also an antioxidant helps fight dark circles under the eyes.

6. Silicon and sulfur in cucumbers help to stimulate hair growth

7 In a study published in the ‘Archives of Dermatological Research’, it was concluded that the presence of ascorbic acid (Vitamin C), makes cucumber juice an effective ingredient for anti-wrinkle products. As a precursor to collagen, cucumbers are a source of silica, which can help fight wrinkles.

Cucurbitacins and Cucumerin are only two major compounds found in cucumbers. It is important to mention lignans as well, especially while anti-cancer activity is in the mix.

8. Diabetic patients may benefit from drinking cucumber juice because it contains a hormone needed by the cells of the pancreas to produce insulin. 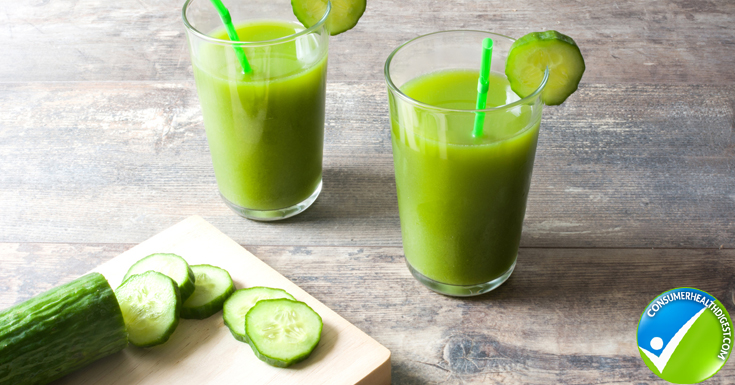 9. Cucumbers are a non-starchy fruit with few carbohydrates, high in water content and a good source of fiber. For this reason, they may play a role in blood sugar maintenance.

10. According to livestrong.com, The University of Illinois Extension suggests eating 20 grams of fiber for every one thousand calories to lower blood sugar. It is further stated that a one cup serving of cucumbers provides a half a gram of dietary fiber with only 16 calories, essentially increasing your fiber intake without significantly boosting your calorie intake.

11. As cucurbitacins and lignans and cucumerins have been mentioned, we must not forget the importance of flavonoids. These are all phytonutrients found in cucumbers that are being researched for their valuable antioxidant, anti-inflammatory and anti-cancer benefits.

The flavonoid antioxidants apparent in cucumbers include

Quercetin – most frequently studied for its potential health benefits. It is similar to vitamin C and many other compounds offering anti-inflammatory effects. It has also been noted to help prevent or treat heart disease, diabetes, hypertension, allergic reactions, asthma, arthritis, cancer and prostate problems. Furthermore, it is stated to improve athletic performance, bone health and the immune response, prevent fatigue, reduce recovery time and boost energy!

Wow – that’s a whole lot of benefits stuffed into one little antioxidant!