Bluebonnet Power Thought Reviews: Can It Be Used For Multiple Purposes?

The product Bluebonnet Power Thought provides users with an array of different benefits that are associated with mental stability, such as Memory Enhancement, Improved Brain Health, Improved Focus and Concentration, and Improved Cognitive Learning.

What is Bluebonnet Power Thought?

Power Thought is a dietary supplement that is advertised as a synergistic blend containing highly researched and advanced nutrients for memory and cognitive enhancement benefits.

The company that manufactures this supplement is known as Bluebonnet Nutrition.

This company claims that Power Thought is a kosher-certified supplement that comes in the form of caplets that are easy to swallow, have increased absorption and assimilation.

Bluebonnet is a United States company founded in 1991 with the purpose of designing and promoting pure and natural nutritional remedies.

The company has since received very many awards for their wide range of nutritional supplements, which includes supplements for brain and eye, cardiovascular supplements, weight management supplements, food, and herbal remedies and prenatal vitamins.

Power Thought is an average priced dietary supplement. The supplement can be purchased directly from the manufacturer’s website or from various online retailers. It comes in bottles of different sizes and of different prices.

Another ingredient found in this supplement is Glutamine. This is a form of amino acids linked to the brain’s normal working.

This substance is mostly found in energy drinks and researchers say that it can alleviate cardiovascular ailments.

Another key ingredient found in Power Thought is Ginkgo biloba.

This is an herbal extract that is well known to improve blood circulation to the brain, thus delivering more nutrients and oxygen to the brain to aid brain functions such as memory, concentration, and focus.

Power Thought is a supplement is designed for adults who desire to enhance their memory and other cognitive functions such as focus, concentration, learning abilities, attention, mental energy as well as the mood.

How Does Bluebonnet Power Thought Rate? 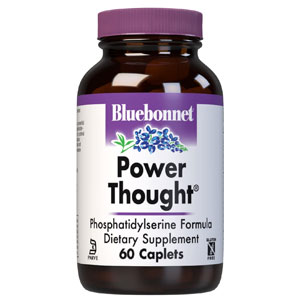 How Does Bluebonnet Power Thought Work?

Power Thought contains a blend of vitamins intended to support memory, focus, and concentration. Vitamin B6 is one of the main components of Power Thought.

This vitamin plays a vital role in the biosynthesis of four important neurotransmitters: gamma-aminobutyric acid, epinephrine, serotonin, and norepinephrine.

Some studies have shown that the deficiency of Vitamin B6 in the body will eventually lead to seborrhoeic dermatitis. Another essential component of this supplement is Vitamin B12.

This vitamin plays an important role in the normal and efficient functioning of the brain and nervous system.

Studies have also shown that vitamin B12 also help in cell metabolism in humans. 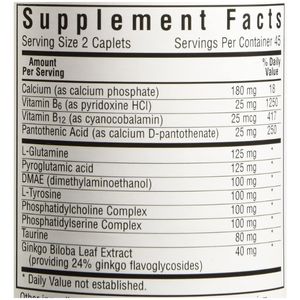 It is also a key player in the function and development of brain and nerve cells. Vitamin B12 binds to the protein in the foods we eat.

Vitamin B-6 (pyridoxine) is important for normal brain development and for keeping the nervous system and immune system healthy.

It’s important for many functions in the body, especially making and breaking down fats.

It is an essential component[1] for the production of several important brain chemicals called neurotransmitters, including epinephrine, norepinephrine, and dopamine.

Ginkgo[2] has been used for improving blood flow, for improving memory/concentration due to certain brain problems (such as Alzheimer’s disease, dementia)

Q: What are the Power Thought Dosage?

A: Power Thought is taken as a dietary supplement. The daily recommended dosage is 2 capsules taken preferably with a meal.

A: Power Thought is a dietary brain supplement designed to support the cerebrovascular system, thus improving focus, memory, concentration and other cognitive functions of the brain.

Although individually the ingredients used to manufacture this formula are important for the brain to function at its maximum capacity, there is not sufficient clinical or research evidence released to prove the efficacy of Power Thought supplement as a whole.

It doesn’t really serve a purpose. It may restrict your anxiety and provide you with steady energy for a few hours, but the cost is not justified. As a result of utilizing it, I haven’t gained any significant benefits.
~ Alex

Power Thought is a formula designed to support focus, memory, concentration and other cognitive functions of the brain.

It contains well researched and standardized ingredients like L-Tyrosine amino-acid, Ginkgo Biloba and various vitamins and nutrients for cognitive improvement. 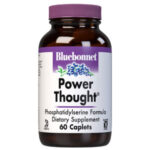