Can Having Too Much Mint Cause Erectile Dysfunction?

Does Mint Cause Erectile Dysfunction Or Impotence? What exactly it could do to your reproductive health. Let's find out some facts about mint that you should know.
Sam Kramer, MS, RD, CSSGB, LDN, CISSN

Mint is a popular herb consumed across the globe. The aromatic plant is used for cooking meals, making teas, and essential oil extraction.

Mint Is A Popular Herb Consumed Across The Globe. Read Out How Having Too Much Mint Cause Erectile Dysfunction.

The herb is also appreciated for its many health benefits that are mostly due to the plant’s antimicrobial and antioxidant activities.

On the downside, there are also stories that eating mint could cause some serious side effects such as a diminished sex drive.

You’ve probably wondered at some point if this could be true.

Well, to find out, here are some facts about mint that you should know, including what exactly it could do to your reproductive health.

Mint or menthe is a genus of plants from the mint family. It grows on almost every continent and there are numerous hybrids of this plant with taxonomic treatments recognizing 13 – 18 species, but the number is probably much higher.

Spearmint and peppermint are two of the most popular varieties used from bubble gum flavoring to tea making.

Studies on spearmint produce have recognized its antifungal, antimicrobial, antitumor, and antioxidant benefits.

The herb is also used in treating nausea, anxiety, and menstrual pain.

Spearmint, in particular, is recognized for its spasm-reducing effect due to its high carvone content (29–74%).

Other constituents of spearmint are limonene, cineole, and volatile oil.

The herb can also be toxic at certain doses causing allergic reactions and changes in organ tissue. 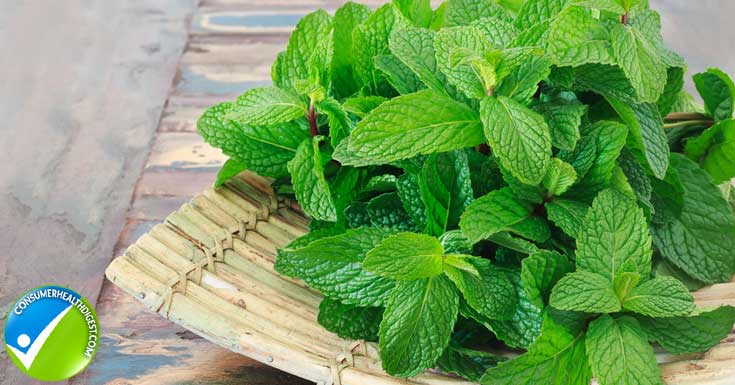 Mint or menthe is a genus of plants from the mint family.

Studies on rats have found that mint truly does affect the reproductive system. A study published in the journal Urology in 2004 set out to find if consuming peppermint tea had any adverse effects on the hormonal status in male rats.

This study was conducted because of complaints from men in some regions in Turkey that mint tea diminished their libido. The rats in this study were given either mint tea or water for control.

The results showed that the follicle-stimulating hormone and luteinizing hormone increased while total testosterone levels decreased in the rats given mint tea. The control group showed no such changes.

Later studies were performed on human subjects. A study published in the May 2007 issue of Phytotherapy Research examined if drinking two cups of mint tea for 5 days during the follicular phase of the menstrual cycle would improve the hormonal status of women with hirsutism.

The findings from this study were similar to the previous study, meaning there was an increase in female hormones while a decrease in male hormones such as testosterone.

Because hirsutism is a condition caused by either too much circulating testosterone or follicular sensitivity to androgens, the researchers believe peppermint tea was beneficial for women with hirsutism.

The researchers from this study also state that before planning their study, it was observed that men from the Yenisarbademli town in Turkey were admitted to hospitals due to claims that drinking up to 4 cups of mint tea daily diminished their libido.

The Effect of Mint on Testosterone 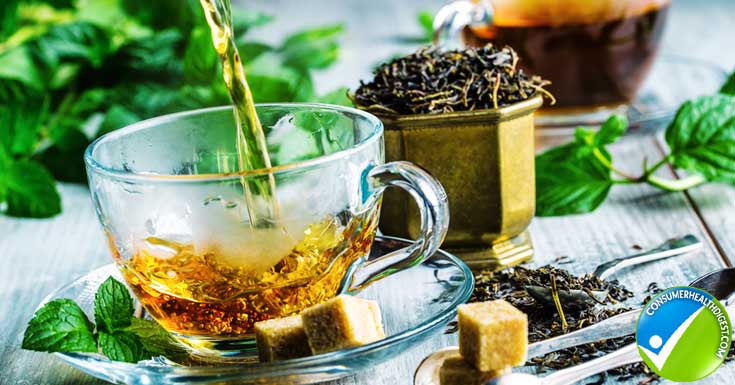 Testosterone is an essential hormone in the male body that plays a vital role in a man’s ability to achieve an erection.

A group of 48 Wistar albino rats was used in the study – all of these rats were male. The rats were split into four different groups and each was given a different dose and type of tea.

After the study was completed, the researchers determined that the active ingredients found in min (or peppermint tea in this case), increased the amount of luteinizing hormone and follicle-stimulating hormone released in the body, but the total amount of testosterone that was present in the body significantly decreased.

Thus, a conclusion was made that mint can decrease serum testosterone levels in the body, which may lead to sexual dysfunctions, such as erectile dysfunction.

Is Mint Toxic to the Reproductive System?

A more recent study examined the effects of different doses of spearmint extract on the reproductive health of male rats.

The rats were given spearmint for 45 days straight and their reproductive tissue weight, sperm count, sperm mobility, and serum testosterone levels were measured. The rats were also mated with female rats to see if mint had an effect on the health and number of offspring.

The researchers found that spearmint seemed to negatively impact serum testosterone levels and sperm count and mobility. However, these changes were statistically insignificant and did not affect the rats’ fertility.

The researchers concluded that spearmint probably does not cause male infertility when taken in normal doses, but very high doses could possibly affect a man’s reproductive functioning.

NEXT STORY – Wet Dreams In Men: Facts To Know About Nocturnal Emission

However, researchers believe that most men don’t have to worry about mint ruining their sexual functioning as the dose needs to be abnormally high to have any adverse effects. After all, moderate is key to good health.

After reading this article if you are worried about your sexual health. Do not worry because we are introducing you to good male enhancement pills.

check for the Viril X reviews and decide whether you want to buy it or not.