8 Reasons Why Eating Cheese Is Harmful For Health

Cheese is good but it can be bad in ways you have never imagined. Learn more about the bad health effects it has.
Bethany McIlrath, B.A

Why eating cheese can be harmful to your health. Shutterstock images

Americans love cheese, as does the rest of the world. The cheese made in the United States is often heavily processed, though.

As a result, it is not necessarily the healthiest food to digest.

Sure, cheese has a lot going for it. It is dairy and thus a great course of calcium and even protein. Cheese is a filling food, helping people to consume smaller portions.

That cheese is flavorful and comes in so many varieties for a wide range of prices also enhances its popularity. People eat cheese as a snack as well as with many meals -at any time of the day.

Sometimes cheese is even the main bulk of the meal. Since it is so processed, though, the disadvantages of eating cheese might outweigh the benefits for some people.

8 good reasons you might consider cutting the cheese out of your regular diet:

1. Cheese can Contain Bacteria Transferred from the Cows It Comes From

Although it can be a little weird to think about, cheese is a byproduct of cows. Made from cow’s milk, cheese can contain anything stuff that the cow it came from had in its system –including synthetic hormones and bacteria.

It has long been suspected that synthetic hormones and bacteria transferred from cows to humans contribute to health problems, including memory and mood problems along with infections.

Further, because cheese is made from milk that has not always been pasteurized, it may contain more bacteria than other cow products.

For instance, it may harbor puss from a cow’s bladder infection.

To many people, cheese seems like healthy food. People on diets often eat cheese as a “light” snack to get the dairy in for the day.

The body also tends to digest cheese in such a way that it turns into stubborn, hard to lose fat.

It can significantly influence cholesterol levels as well, which can be bad for a person’s health. 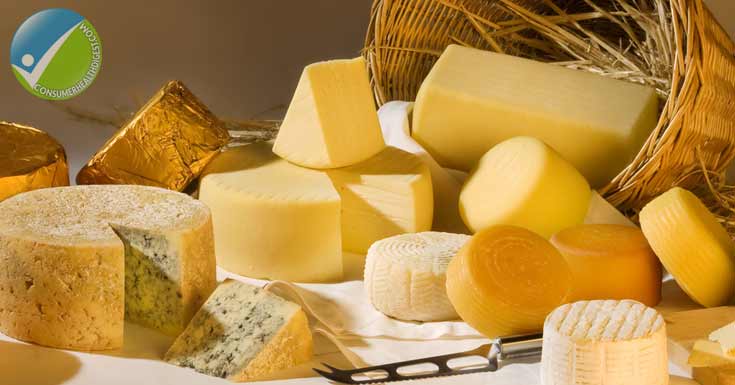 When choosing to eat cheese, it is best to consider the fat content of each type and select accordingly.

Mozzarella cheese, for example, only contains about 6 grams of fat per serving. Cheeses like Brie and Sharp Cheddar tend to contain more like 9 grams of fat.

Another nutrient cheeses are often full of is sodium. Though necessary to the body, sodium is often consumed in excess.

Regular consumption of cheese can increase the amount of sodium a person eats drastically. Unfortunately, the excess sodium can cause several health issues, including:

4. Cheese Can Contribute to Cardiovascular Issues

As a result of the high-fat nature of many kinds of cheese, eating cheese regularly can significantly contribute to obesity and thus to cardiovascular issues.

Add in the amount of sodium that most cheeses contain and it’s clear that cheese can really be terrible for heart health.

By affecting the cholesterol levels and a person’s weight, cheese consumption can also put people at higher risk of heart disease.

Regular consumers of cheese may also be at higher risk of diabetes and other similar issues.

5. Cheese Making Can Be Considered Inhumane

Many kinds of cheese are manufactured with rennet. This is made by taking an enzyme from the lining of a calves’ stomach.

Unfortunately, the calves must be very young when the enzyme is harvested. As a result, cheese making in some regions and processes involves the slaughter of young calves. 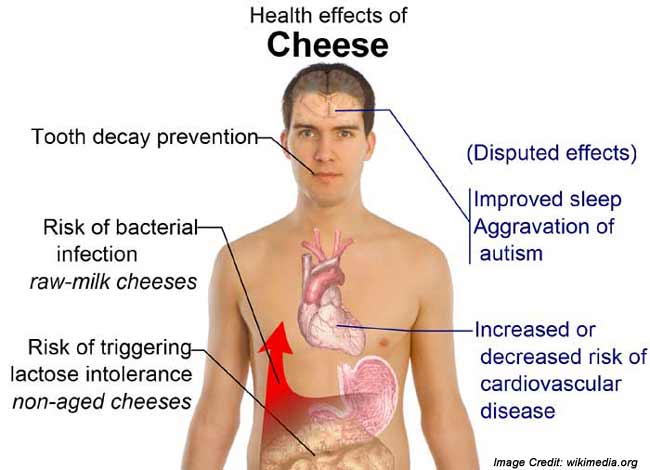 6. Cheese Can Ruin Your Diet

On top of being really fattening, cheese can be a complete diet-wrecker because it is commonly paired with other carbohydrate-rich foods. Generally served with bread, crackers, and other “heavy” carb dishes, cheese often contributes to packing on the pounds.

Think about it –one slice of pizza with an average amount of cheese can be 2/3 of a person’s daily recommended saturated fat limit.

Considering the fat in cheese is also a “bad” fat that tends to stick around, it really isn’t surprising that cheese contributes so much to the obesity epidemic.

One of the hidden dangers of cheese is mold. Sure, some people eat moldy cheese as a delicacy. Many people also just cut moldy chunks off of cheese wedges and choose to eat the rest.

However, mold can be hiding in the cheese and be invisible to the naked eye. The mold might even be manufactured, sprayed on during processing for added flavor and scent.

For people who are sensitive to mold or whose digestive tract is upset may it, eating moldy cheese without knowing it can be unpleasant or even dangerous.

This is especially the case if mold is accidentally included in cheeses because the machines it was processed in were not cleaned properly.

This happens easily and can lead to infections and other illnesses for cheese-lovers.

8. Cheese Can Make You More Susceptible to Cancer

Some people have suggested that cheese, along with meat, might be bad for people’s health as a cigarette. Studies on the topic have revealed that the consumption of excessive protein, as occurs when people eat a large and consistent amount of cheese and meat, is risked to links of cancer and to shorter lifespans.

The risk of cancer increases even up to four times more for people who consume a high-protein diet of cheese and/or meat.

Protein obtained from plants like beans, however, do not significantly raise the risk of cancer.

The amount of protein a person should eat from cheese is also related to their age, indicating that cheese can be consumed in moderation at any age, but should be limited during many stages of life as well.