Ellura, which contains a potent ingredient known as proanthocyanidins (PAC), works by protecting the bladder wall from harmful bacteria that cause infection.

Ellura is brand of supplement that protects against painful urinary tract infections (UTIs). It works by shielding the bladder wall from harmful bacteria that causes the infection. It consists of a powerful ingredient call proanthocyanidins (PAC), which help wash away bacteria before they do any harm. With just one capsule a day, relief will be experience almost immediately.

This bladder control pills is at Ellura’s official website, where it is sold at packs of 30 or 90 capsules. A box of 30 capsules cost $45, but it is given at a discounted price of $43 when you order at least two boxes.

A bottle of 90 capsules, meanwhile, is priced at $120 but will only be $113 each if you buy two or more bottles. A 50% discount for the 30-capsule box is currently being offered for first time customers. For repeat buyers, a $5 discount per purchase is given if you subscribe to the brand’s auto-refill feature. There are auto-delivery intervals of every one, two, three, four, or six months. Shipping is free on all domestic orders. The product is also available at amazon. 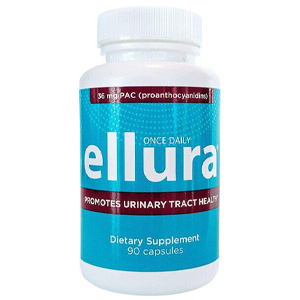 How Does Ellura Work?

The PAC in Ellura is derived from pure concentrate of American cranberries. This concentrate is extracted using an advanced, proprietary process that carefully removes the fruit’s stem, skin, and seeds.

The result is a medical-grade PAC that effectively wards off infection-causing bacteria. One capsule of Ellura contains 36mg PAC, which is equivalent to as much as 257 tablets or capsules of other cranberry supplements.

Ellura Ingredients – Are they Safe & Effective? 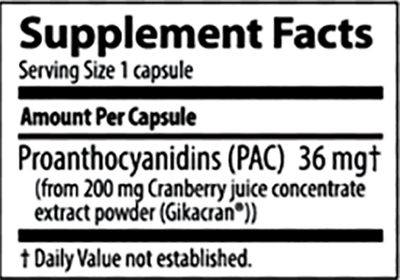 The effectiveness of Ellura in blocking bacteria and preventing UTI comes from this key ingredient:

– A natural ingredient derived from American cranberries. According to ncbi, this compound binds to UTI-causing bacteria to prevent them from attaching to the bladder wall and creates a shield on the entire urinary tract to provide constant protection. [1]

Q: Is it safe for pregnant or lactating women?

A: While there are no studies that contraindicate the use of Ellura in pregnant and nursing women, it is still best to discuss with your specialist first whether or not this supplement is right for you.

Q: Is it safe for children?

A: Ellura is deemed safe for children. Children who weigh less than 50 pounds may take half a capsule once a day. Meanwhile, a full dose of one capsule a day is recommended for children weighing more than 50 pounds. For children who cannot swallow an entire capsule, you can open it and pour contents into their food and beverage.

Q: What are the Side Effects of Ellura?

A: So far, there are no serious side effects associated with the use of Ellura. Just follow the instructions for the dosage indicated above. If any adverse reactions occur, discontinue use and consult your physician as soon as possible.

Overall, Ellura seems a really promising product that must be considered by those who suffer from UTI. It is a very good non-antibiotic alternative not just in the treatment of UTI, but for its prevention as well.

The fact that it is recommended by physicians is a great indicator of how safe and effective this product can be. Furthermore, it is the only UTI supplement that meets the standards set by a regulatory body.

Up NEXT – Uqora Review: Possible Treatment of Urinary Tract Infections 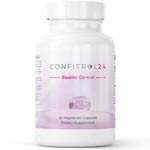 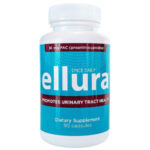