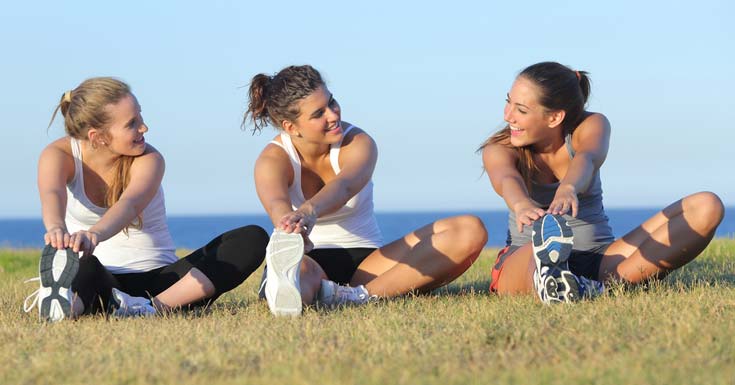 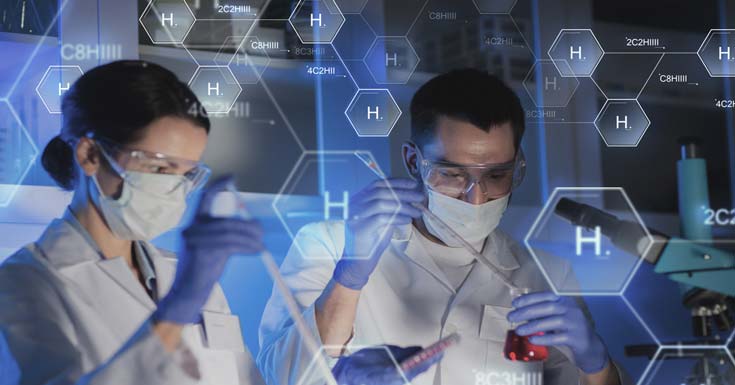 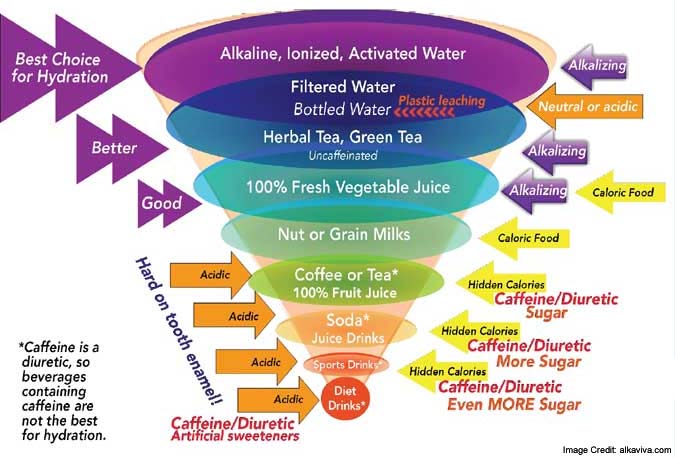 For over a century lactic acid was believed to be the cause of exercise induced acidosis, along with the fatigue and inflammation that accompanies it. But recent studies have shown this is not the case (Robergs 2001, 2004). It has been determined that accumulation of the hydrogen proton is the cause, not lactic acid.

The problem comes from a misinterpretation of the evidence. Lactic acid is made up of one hydrogen proton (hydrogen for short) and one lactate ion (lactate for short). In the body lactic acid dissociates into its constituent parts hydrogen and lactate. Dissociates is a fancy term for breaks apart. Seeing that lactate and hydrogen both increased in the muscle cell as exertion increased, it was assumed that lactic acid was therefore responsible for acidosis. The term lactic acidosis was coined.

This, however, was an incorrect reading of what was actually taking place. The hydrogen that was accumulating was caused by ATP (adenosine triphosphate) hydrolysis, not lactic acid dissociation. ATP hydrolysis is the way the body provides energy to the muscles during exertion. As demand for energy grows, more ATP hydrolysis takes place and therefore more hydrogen is generated. Lactate’s presence serves as a buffer so the cell can keep operating even as hydrogen accumulates. Eventually the need for energy overcomes the cell’s buffering systems and hydrogen accumulates with no buffering leading to acidosis.

Since lactate increased to try to buffer the increasing hydrogen, it was assumed more lactic acid was being formed and dissociating. This completely missed the role of energy generation as the true cause of the hydrogen increase. Lactate’s buffering role was also misinterpreted.

Although we have been discussing the hydrogen proton as if it exists by itself, it does not. A hydrogen proton that dissociates or deprotonates immediately seeks out another atom, ion, or molecule with which to attach itself. Hydrogen does not like to be alone. Under normal circumstances the most available molecule is water and the gregarious hydrogen proton (H+) attaches to the water molecule (H2O) to form hydronium (H+ + H2O = H3O+). Hydronium is the most acidic molecule in the body and the true cause of metabolic acidosis.

In reality what hydrogen really wants is to return to its natural state as a water molecule and become balanced once again. Water is one of the most unique molecules in nature. It has an amphiprotic nature, which means it can act as an acid or a base depending on what the local conditions call for. This is why the water molecule accepts the hydrogen proton. This then is the power of water; it can transform itself to suit its environment and always seeks to maintain an equilibrium between the positive and the negative.

Since hydroxide neutralizes hydrogen then it follows that ingesting hydroxide would help with metabolic acidosis. The question is where do you find hydroxide?

Hydroxide can be Found Where?

It may surprise you to learn that many alkaline waters contain hydroxide. Not all of them do but many do. So how do you tell? If an alkaline water claims to have negative ions or to have gone through ionization then it has hydroxide. Most alkaline waters like to claim some sort of proprietary ionization process but they all do basically the same thing.

Ionization is a process by which hydroxide is taken from a water molecule and bound to a mineral like sodium, potassium, calcium, or magnesium among others. The result is sodium hydroxide, potassium hydroxide, etc. These then are the negative ions most alkaline waters possess.

To Buffer or not to Buffer that is the Question

Most alkaline waters primarily claim to add or include either minerals, trace minerals or electrolytes. This is the basis of their alkalinity. The negative ions (hydroxide) are only secondary but it is the negative ions that should be primary. Let me explain.

Acidity by chemical definition is the presence of too much hydrogen as noted above in the discussion of metabolic acidosis. Alkalinity is a quantitative measurement of the ability of a water to neutralize acid (hydrogen). One would think this means the acid is no longer able to function but that is not the case in chemistry. Neutralization just means adding enough of a base to compensate for the acid but both still remain in the solution or water. This is called buffering.

The body has many different buffering systems to keep its pH stable. Alkaline waters attempt to supplement this with their alkaline minerals but in the end the acid is still present and able to act.

Hydroxide, on the other hand, does not chiefly act as a buffer. It eliminates acid by transforming it back into water as noted above. This is what makes hydroxide completely different from any other alkaline substance it has the ability to eliminate acid, thus removing the need for buffering.

The problem with most alkaline waters is their hydroxide is not a pure hydroxide, it is attached to a mineral. It will still work but once the acid is neutralized the mineral is left behind. Still this mineral is not in the form of a salt but a cation and the body can therefore either utilize it or remove it more easily. The best water is one that is a hydroxide rich water, one with more hydroxide (negative ions) and less minerals. This is what to look for.

Hydrogen buildup is the source of metabolic acidosis in the muscles during exercise. Hydroxide is a natural acid eliminator and not just an alkaline buffer. The greatest benefit is that the process of elimination only creates harmless water and no by-product if it is pure hydroxide. Even mineral hydroxides still create only water and the leftover mineral ion. Buffering fails to alter the underlying problem of the presence of acidity. Therefore hydroxide is superior to alkaline minerals alone.

Many alkaline waters contain hydroxide in the form of negative ions. This hydroxide will help the body combat metabolic acidosis along with the fatigue and inflammation that accompanies it. Just make sure the alkaline water has negative ions or has undergone ionization, otherwise it will have no hydroxide. Also look for one that has less minerals and is hydroxide rich.