What is Olivella Anti Wrinkle Cream?

The formula doesn’t have any colorants or alcohol in its composition, which makes it ideal for the hypersensitive skin.

Olivella infuses visage due to the moisturizing effects of the purest virgin oil. It makes the skin softer and more attractive, and it repairs the damage caused by free radicals. It can also prevent premature aging.

The anti-wrinkle cream is extremely nourishing and it removes fine lines caused by detrimental aging effects. Used on a daily basis, Olivella highlights visible results in a matter of weeks. The special formula will instantly start to build a protective barrier on your skin, and thus unaesthetic wrinkles will be removed. The cream is appropriate for all skin types, and it’s allergen-free.

Olive oil has been praised for its great benefits for centuries. It protects the skin and thanks to its healthful proprieties it makes it strong and vibrant. Olivella uses all-natural virgin oil from Italy, it’s an incredible emollient. Some other ingredients included in the cream are:

What are the Advantages of Olivella Anti Wrinkle Cream?

Olivella Anti-Wrinkle Cream is an excellent product for women with sensitive skin. The formula used to make the emulsion is all-natural, and the Hyaluronic acid that’s bio-technological fights coetaneous aging. Olivella doesn’t contain soap or alcohol, and it’s an excellent moisturizer for the skin. Some other benefits:

What are the Disadvantages of Olivella Anti Wrinkle Cream?

Most customer reviews highlighted that Olivella is a good moisturizer and not necessarily an anti-aging cream. Some people complained that it’s not that moisturizing, and that the light effect is not enough to remove wrinkles in due time. Other potential drawbacks:

What Kind of Reviews are Out there for Olivella Anti Wrinkle Cream?

Most customers who bought and used the cream said that the effects are visible. They loved the texture of Olivella, and the fact that it doesn’t irritate the skin; not all customers appreciated that the cream is light and not overly greasy though.

Olivella is an anti-aging face cream for all skin types. Manufactured by Umbria Olii International, the product is an excellent moisturizer. It can help your complexion look younger and fight against free radicals, enabling the skin to look more beautiful than ever.

The cream must be applied daily at night, but it can also be used during the day without mixing it with excessive make-up. As far as price is concerned, the Olivella Anti-Wrinkle Cream costs on average $20. 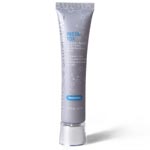