Immuderm is a well-known wrinkle cream that’s meant to penetrate deeply and nourish the skin.

It claims to contain various highly powerful and effective ingredients in its composition, such as the Norwegian Beta Glucan. 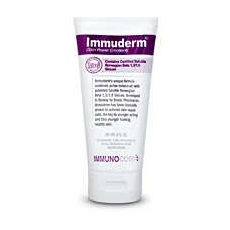 This substance is known to work at a cellular level to support the skin’s immune system as well as its ability to defend against environmental pollution.

The producers state that Immuderm features a fabulous anti-wrinkle peptide complex that reduces the appearance of wrinkles and fine lines.

This anti wrinkle cream also meant to prevent the formation of new wrinkles by making the skin smoother, softer and younger-looking.

Immuderm is not your average cosmetic product because it’s quite different from most products available in stores.

In fact, according to the manufacturer, it will provide you with a new and rejuvenated skin without endangering your health.

For this reason, it is advised to all women whose skin looks aged and is filled with unaesthetic wrinkles.

The brief Immuderm presentation available on the company’s site argues that the cream will make the skin powerful enough to mend and defend.

But how it can do that exactly? The official website offers very little pertinent information.

Still, it makes lots of promises, praises the product, and it offers you the chance to buy it for only $89.95.

In theory, Immuderm works by hydrating the skin and supporting its own immune system.

It is believed that this way the skin will regenerate, will regain its beauty and will be able to fight against free radicals in a very short amount of time.

Unfortunately, the company doesn’t offer free trials, money back guarantees, and there haven’t been conducted any clinical studies to prove this product’s efficiency.

Immuderm claims to showcase impressive results because it uses Norwegian Beta Glucan in its composition.

In fact, it is one of its main ingredients; Beta Glucan is extracted from yeast, and although the manufacturers claim it works wonders, nobody seems to know why and how it will improve the skin.

Immuderm Ingredients – Are they Safe & Effective?

So far so good; Immuderm seems to be a perfect product, especially since it claims to include Norwegian Beta Glucan in its composition.

The truth is, things are a bit different. Immuderm is nothing more than a wrinkle cream introduced on the market for women who are looking for a way to get rid of wrinkles.

The presence of Norwegian Beta Glucan is interesting, but it’s not enough to make Immuderm a revolutionary product.

Each wrinkle cream uses hyaluronic acid[1] to hydrate the wrinkles and make them disappear, but Immuderm has a different approach.

Instead of hydrating the wrinkles by using hyaluronic acid and adding Argireline to relax the facial muscles, it tries to rebuild cells inside the skin and boost their immunity.

What are the Advantages of Immuderm?

What are the Disadvantages of Immuderm?

Immuderm claims to be a “wonder cream” able to deal with anything from eczema to wrinkles, aging spots, and even sunburn.

Unfortunately, it’s quite challenging to determine if these claims are true or not.

It would have helped if the manufacturing company offered more testimonials on the official website, a money-back guarantee or at least free trial sessions.

Although it does none of these, thus it’s only natural for clients to be reticent at the idea of paying nearly $100 for the cream that they’re not sure it works.

Bottom line, Immuderm has a great idea behind, uses an interesting approach and seems to be original.

Still, it failed terribly at proving its results and therefore disappointed its prospective customers. It wasn’t even tested during a clinical trial.

Thus, people cannot be sure that after using Immuderm they won’t get a nasty rash or everlasting signs on their face.

It may be good, but it was promoted terribly thus you should think twice before purchasing this cream.

Here we are providing a comparison list of anti-wrinkle cream, which may help to jot down the better choices for you. 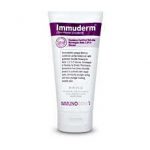