Wrinkly Skin Syndrome, officially called Gerodermia osteodysplastica is a rare autosomal recessive disorder. It is thought that the term “Walt Disney Dwarfism” is the first known case attributed to wrinkly skin syndrome. The case was documented in a 1950s journal report that discussed a five-person Swiss family where all family members resembled dwarves from the Walt Disney film.
A person who has Gerodermia osteodysplastica exhibits symptoms and features that affect the connective tissues, the skin and the skeletal system. Symptoms include wrinkly, loose facial skin, abdomen and the hands and feet on the dorsal sides, which is typically worsened by chronic joint problems.

What is the difference between fine lines and wrinkles?

Facial lines and wrinkles form from because of a variety of things, including the natural aging process, damage from the sun, general muscle movement.

In todays world, people are living longer due to healthy lifestyles and diets, and many individuals are looking for ways to look as healthy

https://www.consumerhealthdigest.com/wrinkle-care/top-rated-anti-wrinkle-creams.html
What is the main ingredient in Instantly Ageless?

Jeunesse Instantly Ageless is a brand of facial cream that, as the name suggests, claims to help users achieve a more youthful appearance in minimum time.

https://www.consumerhealthdigest.com/wrinkle-cream-reviews/instantly-ageless.html
What is Hydra Claire Cream?

Hydra Claire Cream is an anti-wrinkle formula that is designed to smooth the wrinkles and fine lines. It helps to protect your skin from sun damage and other environmental factors.

https://www.consumerhealthdigest.com/wrinkle-cream-reviews/hydra-claire-cream.html
What is the best wrinkle repair cream?

Those annoying wrinkles, we dont want them, but they appear anyway. The most women, the worst nightmare, includes a scenario wherein they are standing in front of a mirror and notice crows feet or wrinkles around their eyes, mouth, or even on their forehead.

The underlying genetic causes of Gerodermia osteodysplastica are unknown. There are some cases which have been proven to have been caused by mutations in the ATP6VOA2 gene, which results in glycosylation abnormality, which is a chemical process in the human body cells that involves attaching sugar molecules to proteins.
These same mutations can also cause autosomal recessive cutis laxa syndrome type 2 (ARCL type 2). There are some who believe wrinkly skin syndrome is a mild variant of ARCL type 2. Read out some eye cream reviews such as Plexaderm Reviews; which might suggest you which creams are best for the wrinkly skin.

What are the Risk Factors for Wrinkly Skin Syndrome? 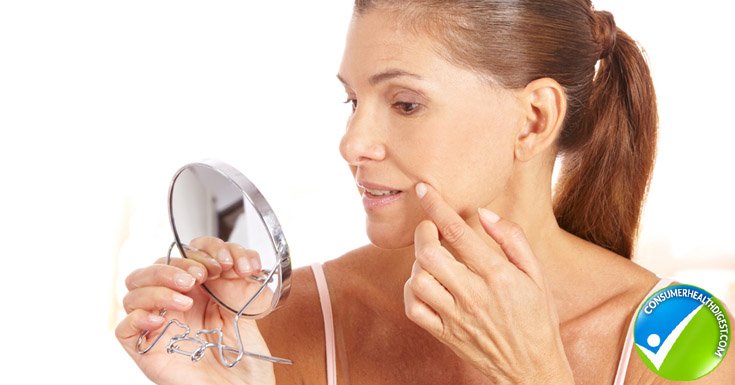 What are the Signs and Symptoms of Wrinkly Skin Syndrome in Men and Women?

There are some well-known common signs and symptoms of wrinkly skin syndrome, which can include wrinkly and sagging skin, reduced skin elasticity and delayed closure of the fontanel (which is also called the “soft spot” on the top of a baby’s head). Other signs and symptoms include microcephaly (small head size), unusual facial characteristics, down slanted eyes, delayed motor development, intellectual disability, joint and skin laxity, subluxation, and hernias.

What is the Treatment for Wrinkly Skin Syndrome?

Treatments for Wrinkly Skin Syndrome are aimed to alleviate problems caused by complications. Some surgical treatments include inserting metal staples in the ends of long bones in the growth plates in order to correct bone growth direction, dividing limb bones, straightening and inserting metal plates to hold it in place, inserting rods or staples to help correct spine shape, and increasing the size the bone opening of the spine in order to alleviate spinal cord pressure.
Limb lengthening and hormone therapy are other treatment options. Limb lengthening procedures divide long bones into two or more sections. The procedure slightly separates the sections while bracing the bone and limb with external metal scaffolding.
Injections of a synthetic version of the deficient hormone are used as a treatment for growth hormone deficiency. Treatment is usually given to children on a daily basis and this goes on for several years until the children reach the maximum adult height. You can also look into Dermagist Review which might be beneficial for you.

According to the Mayo Clinic, characteristics of dwarfism include skull, spine and limbs with varying forms of disproportionate dwarfism, which can result in delayed motor skills development (sitting up, crawling and walking), frequent ear infections (risk of hearing loss), bowing of the legs (genu varum), difficulty breathing during sleep (sleep apnea), pressure on the spinal cord at the base of the skull, excess fluid around the brain (hydrocephalus), crowded teeth, progressive severe hunching (kyphosis) or swaying (lordosis) of the back, narrowing of the channel in the lower spine in adulthood (lumbosacral spinal stenosis), and adulthood arthritis. Weight gain can further complicate problems.

Is There a Cure for Wrinkly Skin Syndrome?

There is no cure for wrinkly skin syndrome, but there are several steps that can be taken to lessen the discomfort level for those who have it. Coping and support is an important aspect of the disease. Patients can seek help from the nonprofit organization Little People of America, which provides social support, information on disorders, advocacy opportunities and resources.
Certain changes may also be relevant in the home. You may need specially designed extensions on light switches, lower handrails in stairways and doorknobs and levers may need to be replaced. It is also important that you speak with educators about the issues your child suffers from and any special needs. You can also dig deep into some anti wrinkle cream reviews which might guide to prevent Wrinkly Skin Syndrome.