Hydroxycut lean protein shakes are packed with 16 gram of lean protein and contain only 100 calories per serving, and deliver green coffee extract. With a replacement of two main meals, you will be able to loose a good amount of excess weight over period of time.

What is Hydroxycut Lean Protein Shake?

Hydroxycut Lean Protein Shake is a new product from the brand Hydroxycut who used to be popular for distributing another product that was named after it. The Hydroxycut brand became popular in the early days for formulating a Hydroxy citric based supplement that was claimed to help people lose weight. That was at the time when garcinia cambogia was in the mouth of the people that wanted to burn fat.

Today, the craze for garcinia cambogia is gone and people are more open into trying other things including meal replacement shakes. 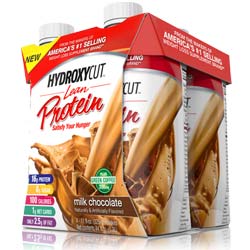 Hydroxycut Lean Protein Shake is the response that the brand had to the protein shake movement. This formula is described as a guilt-free indulgence that supplies your body with only 100 calories per serving without allowing you to feel hungry. It is said not to contain any sugar and yet taste delicious.

We have noticed that Hydroxycut Lean Protein Shake has not received many reviews from independent websites. We propose to give you an honest review based on the information we were able to gather.

Who is the Manufacturer of Hydroxycut Lean Protein Shake?

The manufacturer of this product is Hydroxycut, a weight loss brand that was developed and promoted by the company MuscleTech. At the time Hydroxycut was much more popular for it garcinia based supplement that was claimed to contain the maximum amount of hydroxy citric acid. Eventually MuscleTech went bankrupt and sold the brand out to Iovate Health Sciences in 2003.

There have been many reports suggesting that the older version of the Hydroxycut supplements contained stimulants that were rather dangerous for consumption and the company behind the brand had to reformulate is product several times.

Today, we have arrived at Hydroxycut Lean Protein Shake. We will assume that this time the manufacturer got it right. At least it is not in their interest to add anymore strong stimulant.

According to the label, we can see that the most important ingredient in the mix is the protein blend which makes up 16 grams out of the total weight. The protein blend is followed by fat ingredients that add up to 2.5 grams and they are followed by the dietary fiber making up 2 grams. There is no sugar in the formula. The rest of the ingredients represent trace vitamins and minerals.

The idea behind the formulation of Hydroxycut Lean Protein Shake is that one could rely on it to reduce his daily caloric intake. Since weight gain has been associated to a high consumption of foods heavy in calories, the idea is one can reverse the scenario by simply reducing the amount of calories consumed.

Hydroxycut Lean Protein Shake was formulated to help you achieve just that. It is claimed to supply you with only 100 calories per serving. This implies that if you replace one or two of your regular meals with this shake, you should be able to lose weight over time.

What are the Advantages of Hydroxycut Lean Protein Shake?

What are the Disadvantages of Hydroxycut Lean Protein Shake?

What are the dosage instruction for using this product?

The manufacturer recommends taking the shake 2 times a day, preferably 30 minutes before your meals. You are advised to shake vigorously before drinking. For best taste, you want the shake to be chilled.

Hydroxycut Lean Protein Shake is available in major retail stores. Depending on where you buy it, you may get it between $6 to $10 for a pack containing 4 bottles.

We did point out that Hydroxycut Lean Protein Shake does contain artificial sweeteners. This is not necessarily bad news but one needs to be careful when consuming such products. That aside, we think that the protein shake is probably as great as most customers say. You should be fine trying it. 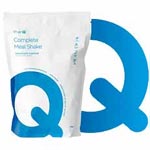 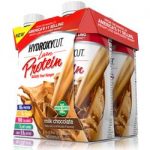