Regular detoxification of our body is as important as gaining healthy nutrients for the body hence this Super Green Tea Diet proves the necessity of its importance if you wish to include a healthy diet for natural weight loss.

Green tea is an ingredient very common in weight loss supplements. Extracted from the leaves of the plant Camelia Sinensis, this substance has been used for thousands of years in different Asian cultures to boost metabolism.
Today a number of researches suggest it could also help lose weight. For that reason, we have seen the market getting flooded with all kinds of green tea-based capsules claiming to offer people a way to shed their extra pounds.

Super Green Tea Diet is one of such products. According to the manufacturer, it is a superior type of green tea that has the potential to support the burning of fat.

The product has received a lot of positive reviews on the official website but until we take a deeper look at it we can’t really tell if it can be trusted.

In this article we propose to scrutinize Super Green Tea Diet to give you a better picture of what to expect. 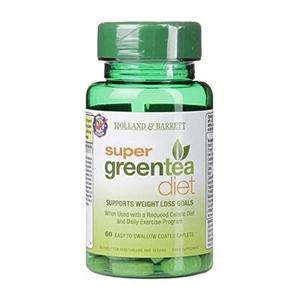 Looking at the ingredients used in the supplement it is not that difficult to figure out that we are dealing with a metabolism booster.

The manufacturer believes that by keeping your metabolism high, your body temperature will reach an optimum that will be unfavorable for the development of fat cells.

As one would expect, the key ingredient in this supplement is green tea but there are also other ingredients that need to be taken note of. Let’s look at them

Research done on the extract from green tea has shown that it contains antioxidants, catechins, and polyphenols that participate in boosting metabolism and maintaining mental focus.

This supplement contains 405 mg of green tea. This is believed to be enough to maintain your metabolism studied in Medical News Today at its optimum.

This is the second most abundant ingredient in the supplement. Studies done on green tea have shown that it works best when combined with caffeine.

Caffeine is thermogenic, it raises body temperature creating an environment that is not favorable to the proliferation of fat cells and study from MayoClinic says that caffeine prevents weight gain. Each capsule of Super Green Tea contains 396 mg of caffeine.

Ginger is an ingredient usually found in the kitchen but it certain circumstances, it is recommended in traditional medicine to deal with digestive problems.

Aside from improving bowel movement, it is also believed to increase body temperature.

The guarana seed is also known to increase body temperature because it also contains a considerable amount of caffeine which boost metabolism by 3–11% over 12 hours as per study. The supplement contains 14 mg of it.

Bladderwrack is seaweed for which the extract is used to boost thyroid functions. It is rich in iodine, a compound necessary for the thyroid to work at its optimum.

Other ingredients found in the supplement include Vitamin B6 and Uva Ursi.

Q: What is the suggested dose to take?

A: The manufacturer recommends you take 1 tablet in the middle of the morning and another one in the afternoon. The tablet should be taken with a full glass of water. Those looking for best results are encouraged to watch their diet and exercise as often as possible. There is a downloadable plan that you can get from the official website to support you in your journey.

Q: What Kind of Reviews are Out there for Super Green Tea Diet?

A: We could not find much when it comes to customer reviews except what is already available on the official website. Even there, the product is doing average with a rating of 3 stars. A number of customers have complained about headaches while using it. This is to be expected for a supplement containing caffeine.

Super Green Tea Diet is probably not the best weight loss supplement out there but it can be useful to people who are already resistant to caffeine. By combining the use of this product with exercise and proper diet, you should be able to lose weight. It is quite affordable too.

Super Green Tea Diet can be purchased through their Official Website 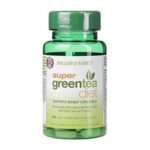