Meratol is a weight loss supplement endorsed by the “The Only Way Is Essex” star, Lauren Goodger. On the product’s official website the star shares in a video how the supplement has helped her maintain her figure. Meratol is advertised as a product that can assist those who are finding it difficult to stay focused when following a weight loss program.

The creators of Meratol do understand how hectic the daily life of an individual can be and it is a struggle to try to balance work, social life and hobbies in this modern environment. So the proposed solution is Meratol to increase metabolism, alertness and at the same time reduce fatigue.

Let’s get a closer look at Meratol and see what it is really made of.

Most people who want to lose weight already know that they need to take control of their feeding habits and exercise more often. This is easier said than done.

Many people try but they eventually give up. Meratol is believed to be the food supplement that will keep the weight loss aspirant on track.

It contains ingredients that boost metabolism and increase alertness of individuals. It supports performance and endurance while giving you the focus needed to maintain a healthy regime.

There are 4 key ingredients involved in the formulation of Meratol. They are Capsiplex Capsicum Extract, brown algae, prickly pear and caffeine.

The Capsiplex Capsicum Extract is believed to have thermogenic properties keeping the body warm even after exercise and this can potentially help burn up to 12 times more calories.

Brown algae is a plant rich in fiber known to promote satiety. Its role is to assist people in developing more control over the amount of food they want to take in daily.

Prickly pear extract was shown through a study to act as a diuretic and reduce weight gain. The study paper which was published in Phytotherapy Research (September 2009) also revealed that weight gain of an individual could be reduced by 20% by simply relying on branded prickly pears in the market.

Caffeine is known as a stimulant that increases alertness and improves focus. It assists people in dealing with the different daily struggles.

How Does Meratol Work?

Meratol basically works based on the synergy created by the 4 main ingredients involved in the formulation. The brown algae in the supplement enables people to better control their diet while the Capsicum Extract burns a considerable amount of calories.

This combined with caffeine pushes the body to a point where it has to burn the extra fat to sustain itself.

When and How to Take Meratol?

A bottle of Meratol contain 60 capsules. The daily recommended dose is 2 capsules to be taken in the morning.

Meratol does contain 25 mg of caffeine and for that matter it should not be taken by any person sensitive to that. Caffeine is known to cause anxiety, palpitation and nervousness.

The supplement should never be used by a pregnant woman or one that is breastfeeding. It should also be avoided by any person suffering from a medical condition. Always consult a physician first if you want to use the supplement.

Is Meratol a Scam?

That being said, the real makers of Meratol are actually taking advantage of a television figure to convince consumers that their product is good. The question is: Was Lauren Goodger paid to say all the positive things she said about the product? Nobody can tell.

At least the company behind Meratol does agree that for best results, you will still have to exercise and eat healthy. The product is only there to assist you in keeping the good habits. Keep that in mind if you want to try this supplement, the hard work will still have to come from you, not the pill. Is that worth your $50? Choose accordingly. 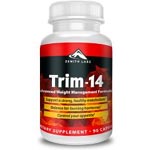