Medically reviewed by Melissa Feldman
19 Reviews
1 out of 5

Adiphene is a supplement that combines 12 different fat fighters expected to help you lose weight without much effort.

Adiphene is an all in one formula. The company behind it is Adiphene Fulfillment. It claims to have spent time researching into the different ingredients known to science and handpicked 12 of them to prepare a very special capsule that you can rely on to deal with fat in 5 different ways.

The proposed supplement is said to help you speed up the loss of fat while at the same time reduce your appetite. It also acts as a fat binder to prevent the excess fat that remains in your body to convert into cellulite. The binded fat is rather moved out of the body. The formula in Adiphene is also believed to increase your body temperature and the result is an acceleration of the fat burning process. Other ingredients used in the preparation of the supplement are expected to boost the energy of the user.

Most weight loss formulas will only deal with the fat in a person’s body in one or two different ways. Adiphene Fulfillment proposes a capsule that contains different ingredients that are expected to burn down fat in many different ways.

Adiphene Fulfillment is a company based in Dallas. It usually takes 3 days for the product to be delivered within US, when ordered online. They also ship outside the United States to European countries and Australia.

Adiphene Ingredients – Are they Safe & Effective?

Adiphene is made of 5 different groups of ingredients. In the product they’ve mixed 5 stimulants, 2 thermogenics, a hunger reducer, a fat binder and other fat metabolizers. Let’s look at each individually

There are 5 different stimulants mixed up in this supplement:

To reduce your desire for food, Glucomannan has also been mixed in the preparation of Adiphene. This enables you not to struggle in hunger while trying to shed your fat.

With the Chitosan extract formulated into the supplement, the stubborn fat stuck inside your stomach should be flushed out through the digestive system outside the body.

To speed the metabolizing process, 3 special substances have been added to Adiphene and they are Vitamin B6, Ginger root and L-carnitine HCL. The idea behind adding these ingredients is to burn down the food ingested in the smallest amount of time.

What You Can Achieve with Adiphene?

This product is expected to help you burn fat 5 times faster than the other supplements sold in the market. The company behind it claims that because the formula combines many different approaches to losing weight, the synergy between the compounds involved start adding up sooner than later and the result is inevitable.

So far, there are no reports showing that Adiphene might be detrimental to the user. That said it should not be recommended to anybody that suffers from a heart condition, depression, drug addiction or Glaucoma. The supplement can only be used by people above the age of 18.

Adiphene could be an excellent supplement to lose weight if used properly. Before making the decision to order it, just make sure you fully discuss it with your doctor so that you don’t end up been unpleasantly surprised. 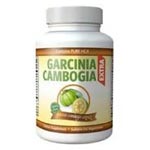