Adapexin-P Reviews: Does This Product Really Kill Appetite and Worth Your Money?

Adapexin-P is an appetite suppressant that contains ingredients that are clinically proven, it creates a deficit in calories which depletes fat reserves.

These day’s appetite suppressants have invaded the market like they were some cheap candies. Every company in health and nutrition claims to have formulated the best combination to help you control your hunger. But the reality is most don’t really work.

Adapexin-P is another contender to the number one appetite suppressant. The manufacturer claims that it contains ingredients that have been clinically proven to work. It is so sure its claim that it is willing to pay any unsatisfied customer his money back and that guarantee is valid for 90 days after purchase. 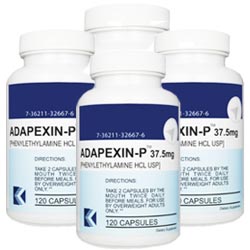 Up to 8 different ingredients have been used in the preparation of Adapexin-P. Some of them are said to suppress appetite while others increase the number of calories the body uses each day and this is what is believed to create the loss in weight. Does it really deserve the number one place it is claiming? You will find out by reading the full review.

About The Manufacturer Of Adapexin-P

It is quite weird that the official website for Adapexin-P did not make it that easy to find its contact information. On the contact page, it only gives the user a form to fill out. Even the name of the company is not mentioned. It is only when you check out the Terms page that you find out the company behind is called NutriPharm, LLC.

A search for NutriPharm LLC results in many websites that claim to represent the same company. Which is quite confusing? Why would a single company build so many different websites with different domain names? That is a big question mark.

On one of the websites, you can read that NutriPharm was established in 1998. Its focus is to supply nutritional products across North America. It has a line of herbal extracts, minerals, vitamins, and cosmetics to meet the needs of its clients. The company also mentioned that it has Chinese partners which actually is in charge of the manufacturing aspect of the business

The inventory is kept in Chicago. Los Angeles, Houston, and New Jersey.

Adapexin-P is promoted as a product that can quickly create a deficit in calories inside the body and as a result cause a drop in fat reserves as it gets converted into fuel.

What are the Key Ingredients in Adapexin-P?

NutriPharm decided to go as far as using 8 different ingredients in the formulation of Adapexin-P. The idea here is to maximize the effect of each compound used. Here they are

Phenylethylamine (37.5 mg) – Another appetite suppressant that is also believed to regulate mood and reduce stress.

What Are the Pros of Adapexin-P?

What Are the Cons of Adapexin-P?

What Does Adapexin-P Claim to do?

The product is advertised to burn down fat by raising the body’s temperature while at the same time preventing hunger cravings. By reducing the amount of food taken in and raising the individual’s metabolism Adapexin-p is believed to cause weight loss.

Adapexin-P Cost, Dosage and Directions to Use

You can obtain a bottle of Adapexin-p containing 120 capsules from the official website at $49.95. That same bottle can also be obtained from the Amazon website at $44.95. The bottle is expected to be exhausted in one month. So you are supposed to take 4 capsules a day, 2 in the morning and 2 in the afternoon.

Possible Side Effects and Warning

There are no studies that have been done to prove the effectiveness of Adapexin-P or find if there are any side effects. There are a few studies run on the individual ingredients used by not on the blend itself.

One thing for sure is that a higher dose of caffeine might not be good for sensitive people. They may experience dizziness, insomnia, and palpitation.

The majority of users that shared Adapexin-P reviews on Amazon were not satisfied with it. You may risk your money by purchasing it.

The average rating for this product on Amazon is 1.6 stars over 5. It has received 22 customer reviews there and 19 rated it less than 3 stars.

Pretty was a bit more generous by giving it a 4-star rating. She said she was able to lose 10 pounds with this pill without having to diet.

Johnnie Ruth Barnes who rated the product 3 stars said he was able to lose 5 pounds with it and he intends to order another bottle.

James Perry is one of the 12 customers that rated the product a 1 star. He advises people not to waste their money on it because it doesn’t work.

Considering the number of bad reviews that the product has received it is fair to classify it as a scam. The company behind this product is an elusive one with many different websites that create confusion.

James Perry, a customer reviewer on Amazon said instead of buying this, you should as well put your money on any OTC. The bottom line is Adapexin-P is probably not the weight loss pill you want to try. There are other better ones out there. 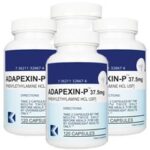