What is AD Shredabull Untamed?

AD Shredabull Untamed is one great which is having a thermogenic property to support weight loss from the body.

A thermogenic ability of the formula dictates that the formula will enhance the temperature of the body to slightly higher levels where it becomes possible for the users to melt away excess fast stored in the adipose tissues of the body safely.

There are a lot of challenges which people normally face in efforts to attain better weight loss in the body especially using the traditional or conventional approaches.

People have reported great failures in efforts to burn fat from the body mainly because of the approach which they selected.

This supplement AD Shredabull Untamed is one of the latest formulas in the market which is gathering the possibilities of the previous formulas and adding to the advanced scale of burning most of the stubborn fats from the body of the users naturally.

The formula has been noted to aid the body in shedding excess fats from the body via various channels including curbing of appetite and thermogenesis.

The company has a number of claims concerning the suitability of AD Shredabull Untamed to make weight loss attainable in the body in a safe manner.

The company is claiming that the supplement AD Shredabull Untamed is made safely with great rich natural ingredients which are effective in torching stubborn fats from the storage chambers in the body.

Further, there are claims that the usage of the supplement is enhancing focus in the body of the users as well as enhanced levels of concentrations.

The following ingredients are some of those which have been noted to feature in AD Shredabull Untamed:

The Advantages of AD Shredabull Untamed

The Disadvantages of AD Shredabull Untamed

Q: Is There Caffeine In The Supplement?

A: The formula has no caffeine at all in its formulation.

There are no side effects that arise from the usage of the supplement AD Shredabull Untamed.

Q: Are there any alternatives to AD Shredabull Untamed?

There are numerous weight loss supplements in the market which have been shown to support weight loss in the body.

Some are regarded as very effective while others are not giving any tangible results.

AD Shredabull Untamed is noted as the best supplement in the market today which is allowing the body of the users to realize impressive benefits in the body when consumed.

The formula is made up of great beneficial components to aid thermogenesis activities which are the main roots by which it leads to weight loss. 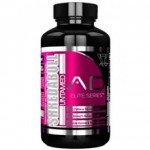