Wart and Mole Removal Products: Are They Effective?

There are many over-the-counter products for wart & mole removal. Image via Shutterstock

Warts and moles pertain to skin growths that develop anywhere on the body. Although they're generally harmless, most people want to get rid of them for cosmetic reasons. However, their removal don't come cheap, causing people to turn to alternative remedies such as wart and mole removal products.

While these products are indeed more affordable, their safety and efficacy are still in question.

What are Wart and Mole Removal Products?

Wart and mole removal products, as the name suggests, are products that get rid of moles and warts. They offer a cheaper and more conservative approach to procedures such as surgical excision, cryotherapy, electrocautery, laser surgery, and the like.

Wart and mole removal products work by penetrating the skin, burning it, and creating a scab underneath the wart or mole. As the body heals itself, the scab falls off and takes these unsightly growths with it.

Warts pertain to rough, grainy growth that often appears on the hands or fingers. They are often flesh-colored, but can sometimes be pink, white, and/or riddled with tiny black dots (blood-filled vessels). They are caused by the human papillomavirus (HPV) and therefore highly contagious. They spread through touch and development can take a few months after exposure.

On the other hand, moles are growths made up of dead melanocytes or pigment-producing cells. It can appear on any part of the body and most people get them during the first few decades of life. They are often brown in color, but they can also be flesh-colored or black. Genetics and frequent sun exposure seem to be the major contributing factors in their development.

Warts and moles are generally harmless and therefore doesn't require any form of treatment. In fact, they eventually disappear on their own after a few weeks. Both hardly cause any discomfort unless they grow too large or rub against clothing or jewelry. Nonetheless, many people choose to get rid of them due to their unsightly appearance. 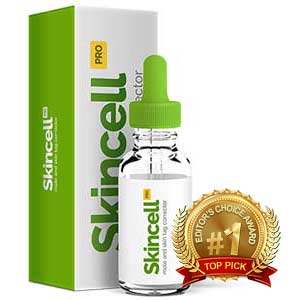 Skincell Pro is a mole and tag remover that claims to help you get rid of skin tags and moles. The serum is composed of natural features that help to reduce moles.

Key Ingredients to Look for in Wart and Mole Removal Products

Wart and mole removal products come in different varieties, but they all use one or more of the following ingredients:

Salicylic Acid - This beta-hydroxy acid is a keratolytic, meaning it causes the skin to exfoliate. In cases of warts on the hands and fingers, it causes the warts to dissolve slowly and eventually peel off. Take note that this acid must not be used on warts on the face and genital area. It is also contraindicated for use in moles, unless your doctor says otherwise (source).

Glycolic Acid - Like salicylic acid, this alpha-hydroxy acid also works to peel off the top layer of the skin, taking the wart with it (source). According to one study, 15% glycolic acid combined with 2% salicylic acid is effective in clearing up flat warts on the face. This acid has also been proven to successfully treat plantar warts, or warts on the heels and soles of the feet (source).

Hydrogen Peroxide - This disinfectant cleans the area around the mole or non-genital wart, as well as lightens skin. According to one study, the most effective concentration is 3-6%.

Silver Nitrate - A natural compound commonly used as an astringent and antiseptic agent (source). It also helps get rid of common warts by cauterizing them. Take note that, as with any other ingredients listed here, silver nitrate must not be used for genital warts (source).

Given the way they work, wart and mole removal products seem to be effective in what they are intended to do. However, there are no formal studies to support the safety and effectiveness of wart and mole removal products. In addition, they usually remove more than just the wart or mole. These products can leave pits on the skin or cause scarring that is way more obvious than the original problem. The treated area may also make the skin at greater risk for infection.

Thus, those who are planning to use wart and mole removal products must consider talking to their dermatologist first prior to using them.

How to Choose the Best Wart and Mole Removal Products?

Truth is, they feature different ingredients with varying concentrations. Based on the ingredients alone, though, the ones considered the most effective are those which contain salicylic acid or silver nitrate as the key ingredients. If you're not sure which one to pick between those two, consult your dermatologist.

When it comes to getting warts and moles, no one should use a wart and mole removal product without proper medical assessment. This is not to say that these products are ineffective, it is still best to play it safe especially if your warts or mole look more different than usual.

Your doctor may need to perform a biopsy to check for possible malignancies and discuss any treatment options. In case wart and mole removal products are prescribed to you, it is advised to use them with caution. Any adverse reaction warrants discontinuing the product.