7 Most Common Skin Growths You Need to Know

Skin growths are known to be a possible sign of skin cancer. While different types of growths are quite common, taking the appropriate measures when you notice a growth on your own skin is essential to prevent further damage. The Skin Cancer Foundation estimates that around 10,130 of deaths within the United States each year are as a result of Melanoma, known as the most dangerous type of skin cancer. Cancer Research UK reports that around 86% of skin cancer cases are preventable. They also report that around 90% of individuals diagnosed with malignant melanoma survive for more than 10 years. These statistics provide solid proof that taking care and seeking medical attention when these growths appear can provide an effective way of treating the condition.

It is important to note that not all skin growths are considered a risk. Some non-cancerous growths, known as benign growths, does not pose as a life-threatening condition. These growths can still be removed as they frequently cause inflammation, pain, irritation and bleeding. Knowing the difference between the types of the most common growths can help you determine when to see a doctor in order to get medical assistance.

Syringoma refers to sweat duct tumors that forms on various parts of the body. These growths are considered harmless and are usually found on the eyelids, chest, neck, groin, abdomen and armpit areas. The growths can be either skin-colored or have a yellowish color. Each rounded bump is usually between 1 to 3mm in diameter and they are more commonly found on women than men. Irritation and itchiness are the most common symptoms caused by Syringomas. 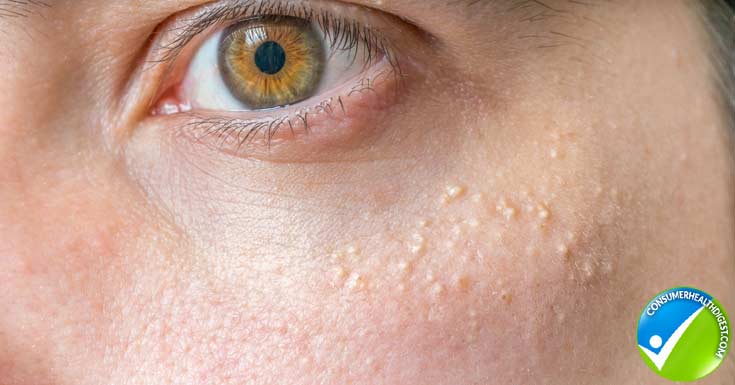 Milia can appear alone or in groups. When appearing in a group, it is called Milia. Single growths are called milium cysts. These cysts are small, white bumps that are a result of keratin being trapped underneath the skin’s surface. It is common for people of all ages to obtain these growths and they are mostly found on the eyelid, cheeks and nose.

Pyogenic Granuloma are growths commonly found on hands, arms, fingers, the neck and the face. They are also known to develop on lips, genitals and eyelids. These growths start as a small lesion that rapidly grows for a period of a few weeks. They contain a lot of blood vessels, which also means they bleed quite easily. While the condition is mostly found in children and young adults, it is also a common growth that pregnant women can obtain.

Dermatofibroma are round growths that are commonly found on legs, but tend to target exposed areas mostly. They usually start out as a red growth, which later turns to a brownish color. These growths do not pose a risk and is usually as a result of a minor injury such as a bite from an insect. They can be removed through various methods, but due to the fact that they do not hold any risks, it is usually recommended to leave them intact. 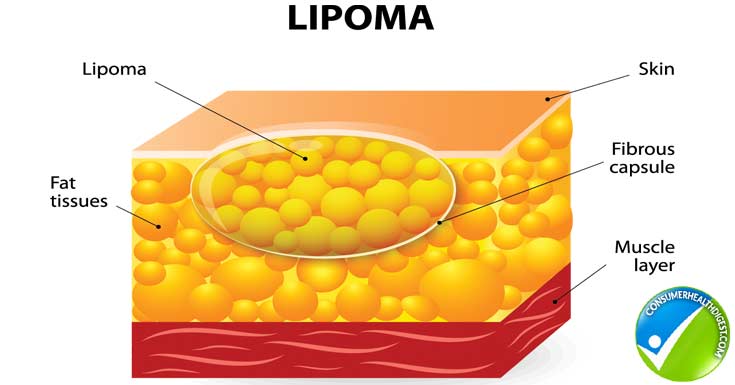 Lipoma are fat cells that form growths beneath the surface of the skin. They usually form within a fibrous capsule that is very thin and have a soft and rubbery consistency. These growths usually do not cause any pain and can remain the same size for many years. Lipoma growths are most commonly found on the neck, torso, upper arms, upper thighs and armpits. They can also appear in other parts of your body. They can appear as a single Lipoma or multiple ones may be present at the same time. These growths do not turn into cancer.

Moles are one of the most common skin growths found on humans. They can appear in any part of your body and usually develops at a very young age. These growths are also known as birth marks by many people. Moles can be protruding or flat and can vary in color. Some moles appear in a flesh tone color, while others are pink, brown, blue or black. Moles can range from just a couple of millimeters to larger ones that stretches out to a diameter of several centimeters.

Read Also: How to Get Rid of Skin Tags, Moles and Warts?

Cherry angioma refers to a growth that appears as a round, small spot that is bright red in color. They are commonly found on the arms, shoulders and torso, but can appear on any part of the body. While the exact reason for these growths are unknown, they are commonly associated with chemical exposure, climate and pregnancy. They are also mostly found on individuals aged 30 and older. The growth is not considered as a risk, but it is advised to seek medical advice if you notice changes in the appearance and shape of the growth.

Many different kinds of growths such as benign growths that are commonly found on the human body. While many of these growths do not pose as a health risk to a specific individual, it is better to educate yourself on the different kinds of growths. By learning more about a specific growth you find on your body, you will be able to determine whether a visit to the doctor is required and whether you are at risk of developing skin cancer or not.