Does Vegetable Oil Cause Hormonal Imbalance And Infertility Problems?

Because hormone production is partially regulated by nutrients and especially fat, we have to wonder if the type of fat we eat could affect our general hormonal status. With infertility rates on the rise, it is becoming increasingly apparent that something is going awry with our hormones.

After all, both ovulation and sperm production are dependent on the balance of hormones so any disruption in this balance can lead to infertility.

Luckily, with the increasing evidence that certain foods such as vegetable oils can cause a disruption in hormone levels, treating infertility and hormonal issues can be successful with right dietary adjustments.

An article published by the Physicians Committee for Responsible Medicine website offers some explanation on how dietary fat could be affecting our hormones.

On the other and, low-fat diets are known to reduce the amount of estrogen in the bloodstream as well as increase the amount of sex hormone-binding globulin which helps regulate the activation of sex hormones in the body. Even though it was pointed out in this article that animal fat was more problematic than vegetable oil, new studies believe that the opposite may be true.

Although it was previously believed that replacing animal fat with vegetable oil for cooking is good for overall health, today’s research shows that this is simply not the case. In fact, vegetable oil can be quite harmful to human health especially when heated at high temperatures.

When heated, these oils produce harmful substances that could have a negative effect on human health. This negative effect was also observed in human hormonal balance and fertility in both men and women.

According to a study published in Lund University Publications, Heterocyclic amines (HAs) which are formed in foods cooked at high temperatures were found in numerous studies to cause breast cancer.

This particular study examined if the PUFAs found in vegetable oil had something to do with the HA content in food and breast cancer incidences. According to the study’s findings, breast cancer was not observed in women who ate an HA rich diet but rather in women who consumed high amounts of omega-6 PUFAs which are found in greater amounts in vegetable oils such as sunflower and corn oil.

Omega-3 and Omega-6 Ratio and Health 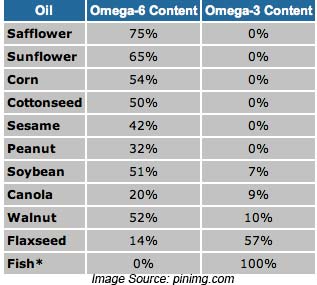 While we know that omega-3 fatty acids found abundantly in seafood and olive oil are beneficial for human health in many ways.

But not only are omega-3s beneficial, but they are also important for normal functioning and overall health. Omega-6 fatty acids also play a role in human health.

However, studies show that the high ratio between our dietary omega-6 and omega-3 PUFA intake is what is making us ill.

Most commercial vegetable oils contain too much omega-6 while being low in omega-3 PUFAs. This imbalance is apparently the leading cause of the rise in inflammatory diseases we are seeing today. To explain this in more detail, 100 years ago, the human diet had an omega-3/omega-6 ratio of 1:1 while today it is considered to be between 25:1 and 40:1.

According to one study published in the Asian Journal of Andrology, this imbalance may be the leading cause of male infertility.

Explanations for Infertility and vegetable Oil

Vegetable oils have a significantly unhealthy ratio of different PUFAs, and because PUFAs have a strong effect on the reproductive process in men and women, this imbalance is bound to have an effect on human reproductive health.

As explained in an article published in Biology of Reproduction, PUFAs are essential components of cell membranes and also provide the precursor for prostaglandin synthesis.

But too much omega-6s PUFAs can have an adverse effect on fertility as shown in one study on women attempting to get pregnant.

What the researchers found was that trans unsaturated fats were particularly associated with infertility in women. Trans fats are fats produced by heating oil which is a practice characteristic only of modern societies. 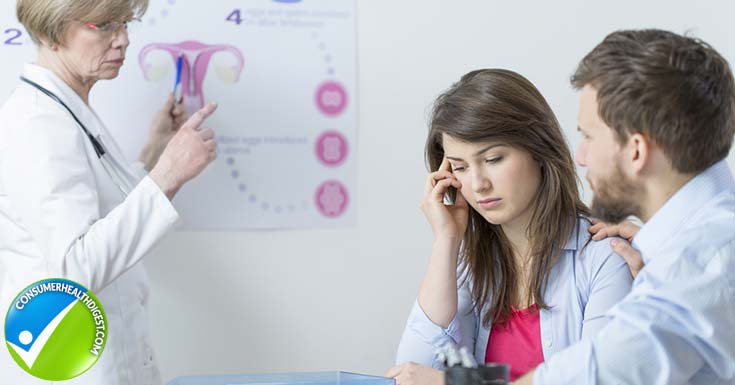 The unbalanced ratio of omega-6 to omega-3 PUFAs found in most vegetable oils sold for frying and cooking is obviously negatively impacting reproductive health. The hormonal-disrupting effect of these oils may also contribute to the development of hormonally-caused cancer such as breast cancer and even infertility.

Instead of using vegetable oils for food preparation, people should use olive oil as it is unrefined and has a healthy PUFA ratio or butter and even lard. But ideally, people should avoid fried foods and eat a vegetable-based cooked diet.