Human life is the story of how seldom lust and sex go together. Lust can be different for each person and the variation between slightly intense versus extreme can be rather wide.

On the surface, we think lust is the precursor to sex and that most sexual encounters always embody it, but do we really know the difference between the two?

1. How Are Sex And Lust Defined?

Lust, according to Google, is defined as an

Intense sexual desire or appetite, which is often uncontrolled and overwhelming.

Interestingly enough, sex is defined as the

“Male or female species, or the sum of structural differences by which the male and female are distinguished”.

Only the idiomatic usage, while rather limited, defines it as sexual intercourse between a man and a woman.

What sets lust apart, though, is the anticipation. It’s the longing and yearning for someone that so clearly makes it different. It’s the intense sexual, often emotional, and sometimes spiritual desire for someone that can consume your life and drive one to the brink of insanity.

Lust is the energetic attraction that is so rarely found between two human beings. It goes far beyond basic chemistry and is a magnetic pull that is unyielding. Lust finds its way into the deepest crevices of your soul and stirs them up with reckless abandon.

Sex can make you do things that you might not ordinarily do, but lust will turn you inside out and make you question your very existence.

2. Is Lust All That Common?

Most of us underestimate how common unrequited lust really is. We assume that it’s lust that drives us to sex, but in reality, we often have an intense lust for another person but never see the fruits of it. And many times we long for someone we barely know.

For most, lust is more intense than sex because the anticipation is often better than the achievement. More often than not, lust lives on for weeks, months, even a lifetime, unfulfilled. Yet sex can be had in an evening.

If you think about a time in your life when you experienced intense lust for another human being, did it culminate in equally enjoyable sex or any encounter for that matter? Or was it something that spent most of its time in your head and your heart and very little time in reality?

Lust is something that goes unanswered and unfulfilled most of the time and perhaps that’s what makes it so troublesome – it channels our energies toward what is only imaginary.

The majority of the time we feel chemistry with someone and this leads to the act of sex within a few hours to a few weeks. The build up to sex is sometimes powerful but the energetic connection, the hair on the back of your neck standing up, the immediate sense that you’ve arrived home, are all missing.
Sex is a 5k race. Lust is the Ironman.

3. Do All Sexual Encounters Require Lust?

We also underestimate how little lust is involved in our sexual encounters. The majority of people, who are in a long-term relationship, have sex with someone they love and it quickly becomes mundane and routine.

That is not to say that all couples are having monotonous sex, but I’d argue most are. While lust, if fulfilled, will almost always involve some form of sexual activity, a sexual encounter does not require lust to be present.

Most of the time sex is something that married couples do to maintain a healthy marriage. Even a budding new romance can be almost void of lust. We meet someone new, feel romantic feelings and an attraction toward them, and typically within a few days or weeks we have sex, so lust never has a chance to grow.

Throughout our lives, sex is something we quickly figure out with someone new. We almost unconsciously fall into habits and patterns without realizing that within a short time, we’re in a routine that won’t change much over the years.

Sex can become mundane over time but lust can keep you in its grip for a lifetime.

4. How Do We Know The Difference?

The most obvious difference between sex and lust is that lust is a feeling and sex is an act. Lust, despite being a cardinal sin, is part of our emotions or life force. It’s what drives us to want to possess and conquer someone or something.

Lust can make us buy big houses, take fancy vacations, quit our jobs, or do irrational things just to be with the object of our desire. It is often more powerful than our own self-discipline.

It’s what some would call uber-sexual or sex infused with a magical force. The desire for sex can be quite strong but it’s often short lived. We may seek it with someone for a time but then let it go if we realize it’s not possible.

Lust, however, will continue to consume your every moment and if unfulfilled, it can haunt you for years. 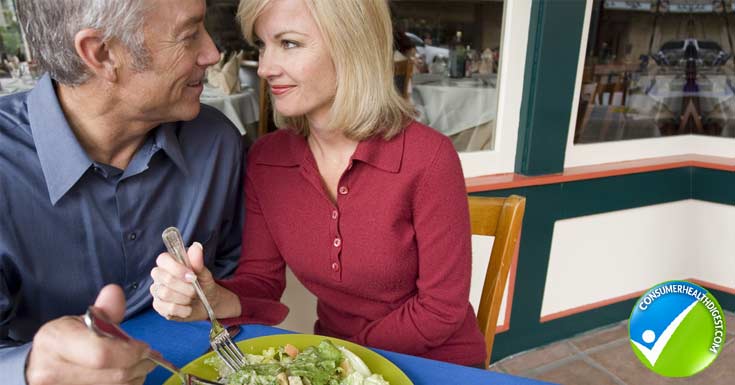 While it’s not all that common, it is possible to have both and there are people who have found it and it is as magical as we imagine it to be. If it’s possible for someone then it’s possible for anyone. As with most things, we forget the awesomeness of the two merging together and we settle for companionship and routine sex.

About a year ago I interviewed an older gentleman and he explained that he was still in love with his wife after 30 years of marriage. He still finds her sexually attractive and continues to flirt with her and become sexually aroused just by being near her.

He described his marriage as happy and peaceful mixed in with a lot of fun. He didn’t make the obligatory comment that, “all relationships have their ups and downs and of course fighting is inevitable” instead he told me all the things he loved about her and how their life has been pretty much fantastic.

I’d say that’s a heck of a lot better than settling.

Also See: 15 Amazing Ways You Should Try To Kiss Your Girl

Sex and lust can go hand in hand and should be something we’re all striving to find, because lust, true lust, culminating in sex, is the best life has to offer and I’d say it’s worth holding out for.

Heidi Doheny Jay was born outside of Philadelphia, PA and discovered her love of writing while living in upstate NY. She has a degree i Read Full Bio