Facts you must know about May Day and Sacred Sexuality

May Day is right around the corner and many of you may not be aware of the origins of this holiday; it is a time when the fertility of Mother Earth and the sacred power of sexuality were celebrated for thousands of years.

The Celtic name for this period is Beltane, which means bright or sacred fire. It began on the eve of May 1st and lasted throughout the next day. It was often celebrated with feasting, dancing, and merriment all the way through May 15th.

Before Beltran practices were suppressed, it was a time when lovers ran off to the fields and woods together to honor the Divine with ecstatic lovemaking.

In early traditions the May pole symbolized phallic energy and was festooned with ribbons. The May Basket was a symbol of the womb and the fertile union of male and female.

This whole period of time was juicy; the people joyfully embraced the deeper meaning of sexual energy, flowing with the rhythms of nature. Millennia ago the Hieros Gamos or Sacred Marriage was enacted during Beltane. This private ritual was a sacred sexual union between the high priestess and her consort.

The integration of sex and spirit was believed to facilitate the renewal of all life, bringing abundance to the community. The ancient wisdom revealed that sacred sexuality was also a pathway to connecting with the Divine.

The History of Sacred Sexuality

In early Bronze Age cultures, the high priestess was viewed as the earthly representative of the great goddess and she performed the ritual of the Sacred Marriage with her consort who sometimes reigned as the temporal king.

In later Bronze Age geographic region, we all know that the Hieros Gamos became institutionalized with the dominance of social system and commenced to serve each a sacred and political purpose.

From the studies of the ancient city of Uruk, around 3,000 BCE, we know that the temple of Inanna served as a court of law, a healing sanctuary and a place of sacred sexual rituals.

Years ago, I discovered the image of a 3,500 year old terracotta plaque that was found abundantly in Mesopotamia, in a richly illustrated book by Elinor Gadon called The Once and Future Goddess. It is a portrayal of the Hieros Gamos.

The man in the image is the consort; the woman is the high priestess and they are depicted as the same height. It is a portrait of lovers who are profoundly present to each other. He cups her head and gazes deeply into her eyes, one hand resting on her waist, waiting to be invited in.

The uniting of sex and spirit is now re-emerging in our collective consciousness. We can learn sacred sexuality practices from Tantric, Taoist, Mayan, Toltec, and other indigenous traditions. Couples can experience what is a deep instinctual knowing: that our sexuality is healing, and it facilitates the raising of consciousness.

Whether practiced with a partner or solo, one can use the preparation of sacred space, breathing techniques, and visualization in order to raise energy, bathe in the magnetic field generated, and release our intentions or prayers into the universe.

You May Also Like – Sex Without Hurting Your Partner’s Ego

The Eternity of Sacred Sexuality

Sacred Sexuality is the acknowledgment that ecstatic union with the life force is our birthright. It offers us life-long permission to explore and enjoy sexual pleasure and its connection with spirit. Sexuality is not separate from spirituality, and it was never meant to be a disconnected physical act devoid of loving.

When sexual energy is perceived as purely genital sensations, it can be misunderstood as a simple physical release in order to produce feelings of pleasure from an oxytocin release.

However, orgasmic energy can be moved from the base of the spine through the energy centers, radiating through the whole body-mind system. It is the source of healing as well as promoting enlightenment.

The notion that love weakens us couldn’t be farther from the truth; love is the powerful force. However, what is called ‘falling in love’ is an experience that captures our full attention for a while because our brains are literally on a high from mega doses of dopamine and norepinephrine.

This state is necessarily fleeting and many couples part when the intense feelings die down. But the experience of being compelled by forces that seem beyond our control is the origin of the association of weakness with love. 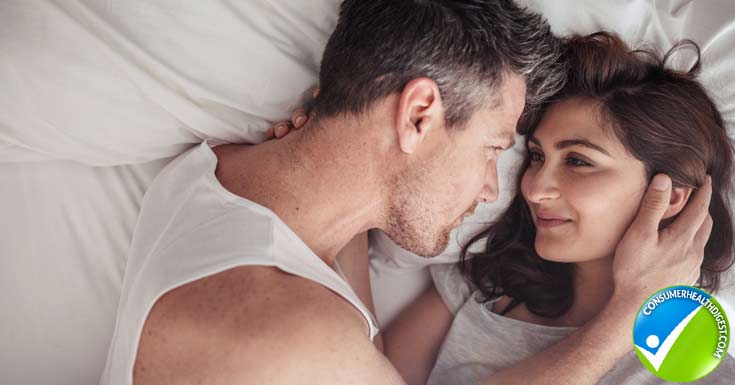 Unfortunately, English only has one word for a multitude of emotional experiences. There are many kinds of love; one word for all of it confuses us. We have the love for our kids, love for our families then love for neighbors and friends or the communities we tend to feel referred to as to affix. Then there’s additionally love that’s the significantly deep non-secular affiliation between partners in an exceedingly healthy on-going relationship.

Harville Hendrix, the founding father of Imago medical aid, has aforesaid that once we are generating energy with partners, we tend to become channels for LOVE. It is truly the source of the most powerful force in the universe that drives all creation.

The more we tune into the state of living inside us, the more we can channel it at any moment by aligning with the feeling in order to bring its power into being, for ourselves, for our beloveds, and for all we encounter.

See Also: 9 Best Time for Sex to Reignite the Spark in Your Sex Life

We are living in a time of an enormous shift. Where we are headed is towards more collaborative economic systems, towards empathic civilizations and towards an understanding that we are united as planetary citizens.

We can help manifest this shift in our own lives by finding the experience of love within our own being and aligning with that feeling every day, as often as possible.

It is what allows us to have abundance in our lives and brings us into union with others. This practice of generating LOVE is the essence of sacred sexuality.