Low Libido – Is Loss Of Sex Drive Spoiling Your Relationship?

Libido is the desire to have sex. And losing it can have a devastating effect on a relationship when only one of the partners is experiencing it.

The difference in libido loss between the genders, almost double for women, means that there are a lot of frustrated couples!

The strange thing is that even though the loss of libido is very common, sex therapists only officially acknowledged it in 1977. It was initially believed that the will to have sex is always present, but sometimes one of the partners simply can’t perform.

It is now generally accepted that loss of sexual desire is a common problem that can be based on a wide range of clinical or emotional factors (more on this later).

Some sex therapists believe that loss of libido cases increased with the greater awareness of sexually transmitted diseases. This evolved during the decades of the sixties and seventies, which witnessed a sexual revolution in Western countries.

The eighties put an end to it all. It started with the spread of herpes and AIDS, an increase in unwanted pregnancies, and a building consciousness of the alarming number of sexual abuse cases.

Suddenly things changed. There was a trend toward returning to so-called “traditional family values” and marriage. Attitudes toward sex became more reserved and, for some, even hostile.

Many people got tired of the freedom of the sixties and seventies and many returned to more conventional organized religion. Under these stresses, it is no wonder if the loss of libido increased.

On the other hand, loss of libido may have always been an issue, but simply “came out of the closet” with the greater attention to sexual matters and a greater cultural tolerance for discussing them.

In one way, everyone has benefited from the sexual revolution in that people are more willing to seek help from a therapist when problems arise. In the next section, we’ll explore some of the reasons why people experience loss of libido.

Causes Of Loss Of Sexual Desire

There could be many different underlying reasons for a loss of sexual desire and every case is a bit different. Let’s review the most common causes.

Some people lose their sexual desire with age. The reasons are mostly physiological. For men, there is a reduction in testosterone levels, which is responsible for sexual desire; for women, estrogen levels decrease, which can lead to vaginal dryness, pain during sex, and a resulting loss of desire. At older ages, there is also a greater chance of having a medical condition that interferes with having sex.

Stress or depression can cause a temporary loss of sex drive. Common causes are work-related problems and worries, the birth of a new child, and relationship issues.

It is natural to have bad moods, but if a bad mood lasts for over two months it should be considered depression and be properly treated.

There are cases in relationships when one partner’s physical appearance deteriorates, either from neglect or some other reason, and the other partner loses his or her sense of physical attraction. A common complaint I hear from patients is about the other partner’s weight gain. There are cases in relationships where the more attractive partner subconsciously enjoys being powerful and becomes unsupportive. He or she might feel superior and actually gain self-confidence.

Bad hygiene can quickly lead to a loss of sexual desire in a relationship. Bad bathing habits, bad breath, beard chafing, stinking feet, or other personal hygiene issues can make one partner uninterested in having sex with the other.

Having An Inconsiderate Partner 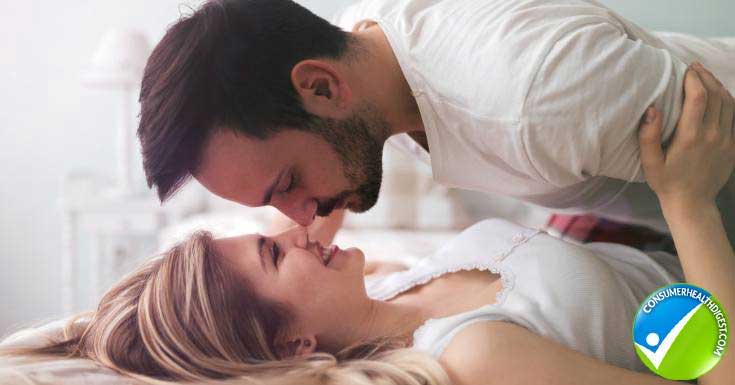 I often hear women complain that their partner has stopped investing time in them during sex. He has taken the “get in, get out” approach. It is important for the man to invest in foreplay and not neglect his partner.

I also hear cases where the man is too aggressive during intercourse. Some men might get overexcited and hurt their partners unintentionally.

It is common for people to be overwhelmed when they are about to have sex for the first time after losing their spouse. This is especially common for widowed men after long abstinence.

The phrase “use it or lose” applies here, with the added emotional stresses of unfamiliarity and, for some, a sense of guilt over betraying their former spouse. Some widowers and widows feel that their partner is watching them from above.

Any of these stressors can lead to a bad sexual experience. The widower might even lose his erection. After a bad experience, some men develop performance anxiety and solve it by avoiding sex completely.

Treatment For Loss Of Libido

In most cases, all of the reasons described above can be easily treated in about 10 sessions with a sex therapist. A sex therapist can help an individual deal with his or her situation alone, or help a couple of work through their different issues together. It is important to mention that it is a different case when a loss of libido is caused by deeper emotional conflicts, such as being raised in an environment where sex was considered sinful or where sexual abuse was present.

A loss of libido caused by a rape experience or gender identity issues is also a more complex condition that will have a longer and more comprehensive treatment path.

You May Also Like To Read: How to Bring Harmony And Love Into Your Relationship

Where To Seek Treatment

To find a sex therapist near you, visit the American Association of Sex Educators, Counselors, and Therapists[1] or the Society for Sex Therapy and Research[3].

Dr. Zvi Zuckerman is a medical doctor and certified sex therapist. He serves as a professional consultant for the Read Full Bio