Food of Love: Try these 10 Natural Aphrodisiacs this Valentine’s Day

For centuries, people have sought out aphrodisiac foods to fuel passion and increase sexual prowess. The term “aphrodisiac” stems from Aphrodite, the Greek goddess of love and beauty.

Greek mythology claims that Aphrodite was born from the sea, swept to shore in an oyster, the most famous aphrodisiac known today. The ancient Greeks knew a thing or two when it came to these so-called “love drugs”, even hosting an Aphrodisiac festival on the island of Cyprus every spring.

Throughout history, certain foods developed a reputation for their libido-boosting abilities. Food and love are intimately linked, and many women claim the key to a man’s heart is through his stomach.

“Love foods that stimulate desire are prized in cultures worldwide. These foods have circulatory, relaxant and muscle strengthen effects, or visual, tactile or sensory input that stimulates the psyche. The brain, after all, is the largest sexual organ in the body.” – Dr. Nalini Chilkov

Aphrodisiacs have survived the test of time. Let’s face it, if there is a “love drug” out there with a reputation for turning up the heat, people are going to give it a whirl. If you’re looking to get hot and steamy this Valentine’s Day, try one of these libido-boosting foods to get you in the mood. 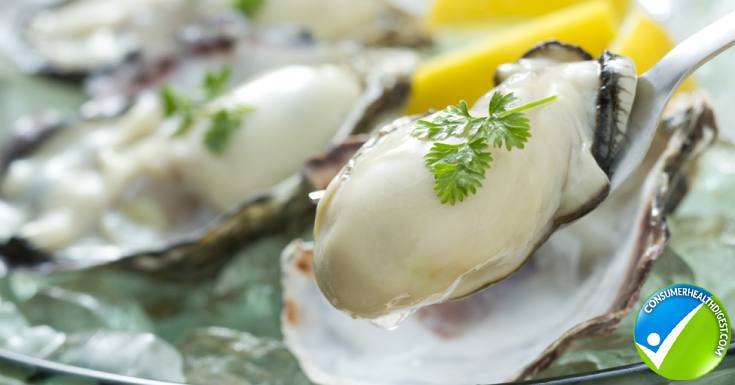 Oysters have long been a popular aphrodisiac. Rumor has it that Casanova loved oysters, eating up to 60 every day. This legendary Venetian romancer claimed oysters gave him the fuel he needed to satisfy his sexual appetite for beautiful, Italian women.

And, if love life of Casanova isn’t proof enough, current research supports his claims. Oysters act on the brain’s dopamine pathway, producing libido-enhancing effects. They are also high in zinc, a mineral known to boost testosterone and cause sexual arousal.

Avocado’s aphrodisiac reputation dates back to the Aztecs living in northern Mexico. And, here’s a fun fact for you: the word avocado comes from the Aztec word “ahuacatl,” which actually means testicle. 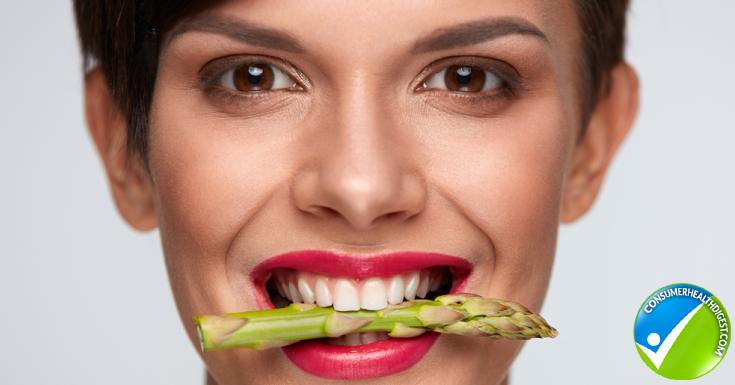 This green veggie is packed with vitamin E, which increases oxygen and blood flow to your nether regions. Asparagus also boosts histamine production, which is known to increase sex drive and stamina. Plus, the high levels of potassium support sex hormone production, making it easier for you to get in the mood.

Chocolate is one of the most sensual foods on the market. Chocolate comes from the cacao bean, a superfood filled with antioxidants.

The Aztecs believed that cacao was a gift from Quetzalcoatl, the god of wisdom. In its purest form, dark chocolate contains phenylethylamine. This stimulating chemical causes a spike in dopamine, heightening arousal and inducing feelings of pleasure. 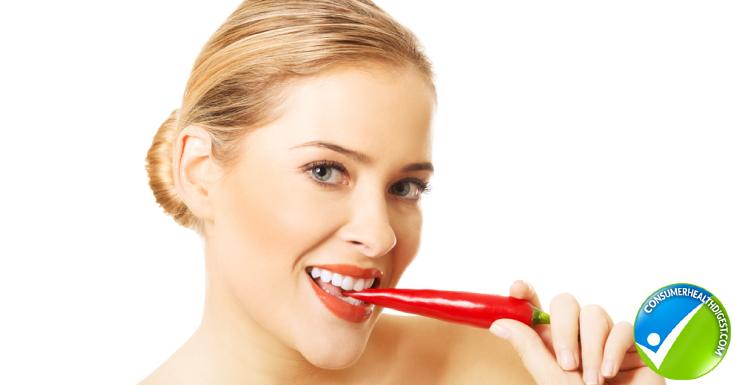 These spicy peppers pack a lot of flavors. If you can stand the heat, chili peppers will do wonders for your libido and your heart. Capsaicin, the chemical that makes chilies hot, jumpstarts the cardiovascular system.

Your heart starts pumping and your blood vessels dilate, allowing more blood flow to the brain and triggering sexual drive. Capsaicin mirrors the body’s response to arousal. Your brain signals the body to release endorphins (the brain’s feel-good chemicals), just as it would if you were already getting busy.

Figs were cherished by the Ancient Greeks. They were considered more precious than gold and treasured for promoting fertility.

Ironically, figs symbolize both sexuality and modesty. They are packed with potassium, boosting the production of sex hormones and stimulating feelings of arousal. Figs are also high in amino acids, which support sexual stamina and rev up libido.

Legend has it that figs were one of Cleopatra’s favorite foods. It is rumored that after the death of her true love, Mark Antony, the poisonous snake she used to commit suicide was smuggled to her in a basket of figs. 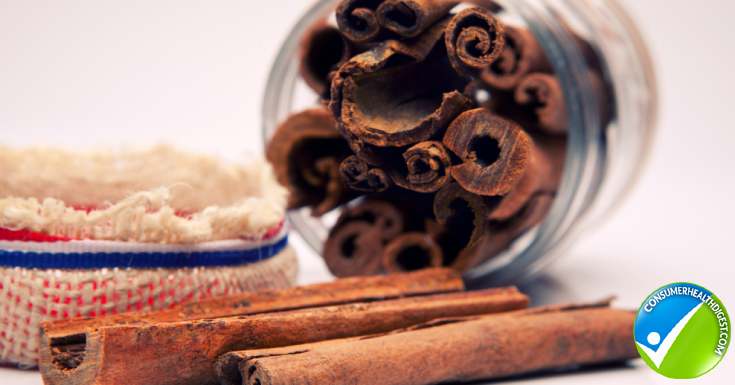 Considered to be one of the most effective aphrodisiacs, this aromatic spice is a powerful sexual stimulant. Similar to capsaicin, cinnamon heats up the body and fuels sexual passion. The fragrant aroma works as a muscle relaxant, heightening pleasure.

Ancient Greeks believed cinnamon oil to have the power of seduction and it was often used in massage. Ancient Arab seduction rituals involved wrapping cinnamon sticks in a red silk scarf and placing under the pillow for three nights. Sprinkle a little in your coffee or use a few drops of cinnamon oil for some aromatherapy.

This superfood is jam-packed with antioxidants to help protect our bodies from the inside out. Pomegranate juice is a potent aphrodisiac, increasing testosterone and stimulating sexual appetite. It helps improve mood, eliminate stress, and even boost cognitive function. The antioxidants help reduce widespread inflammation and decrease cholesterol, improving blood flow and acting as a natural cure for erectile dysfunction. 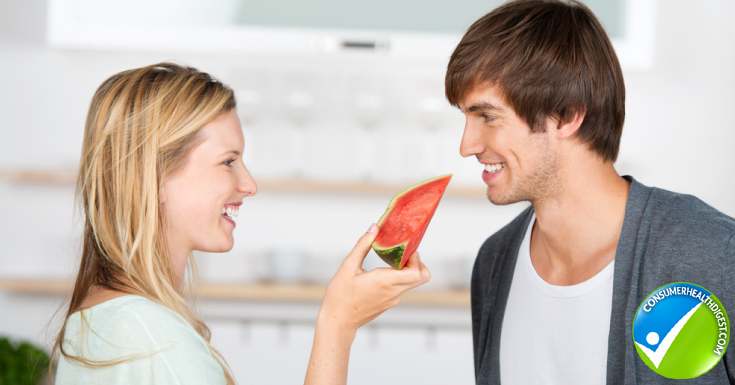 Watermelon also contains citrulline, a phytonutrient that is converted into arginine in the body. Arginine is an amino acid that works wonders on the circulatory system, relaxing the body and increasing sex drive.

Considered to be “liquid gold” by the ancient Greeks, honey has long been used as a home remedy for a variety of ailments. Honey is made through pollination, a symbol of procreation for ancient civilizations.

Have you heard of that phrase “the birds and the bees?” Honey contains boron, which boosts energy and helps to regulate hormones like estrogen and testosterone.

Boron also promotes the production of nitric oxide, which dilates blood vessels and stimulates arousal. Legend has it that the word “honeymoon” originated from an ancient Babylonian practice of drinking honey-based alcoholic drink for the first lunar month following marriage.

SEE ALSO – 4 Ways To Reconnect With Your Partner In Sex

For centuries, these foods have been rumored to enlighten sexual passion and give you a killer sex drive. If you’re looking to add some heat between the sheets this Valentine’s Day, one of these aphrodisiacs may be the key ingredient to a recipe for romance.

*Disclaimer: In today’s culture, there are certain foods that are used as aphrodisiacs. Although these foods are claimed to enhance libido, there is little or no scientific confirmation supporting those assertions.

The hunt for an effective aphrodisiac has been a constant pursuit throughout history. More research is necessary to understand the effects of claimed aphrodisiacs on sexual function.

Alyssa Veech is the writer behind SIMPLY SERENE, a blog that discusses the importance of clean eating to inspire a culture of wellness. Read Full Bio