What You Need To Know About Autism 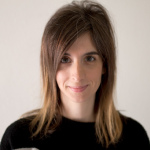 There’s a lot of misinformation about the diagnosis label of autism. I often hear things that are hurtful like, “you don’t look autistic”, or “are you sure Charlie has autism? He’s so cute”.

I know these comments aren’t meant to be hurtful but it can sometimes frustrate me to see how little people actually know about autism. In the United States, 1 in 68 children is diagnosed with autism each year. That’s a lot, and I’ve taken it upon myself to help educate people on the subject.

Autism, also called ASD (Autism Spectrum Disorder), is a developmental disorder characterized by difficulties in social skills, restrictive repetitive behaviors, speech, and nonverbal communication. Each individual with autism has his own strengths and weaknesses.

The first outward signs of autism appear as early as the first year of life, and more obvious signs become clear around two years old. Nowadays, in some cases, autism can be diagnosed as early as 12 months of age. My son, Charlie, was diagnosed when he was 22 months old.

If you’re concerned about your child, get him evaluated as soon as possible. Early intervention is key in helping autistic children develop important lifelong skills. 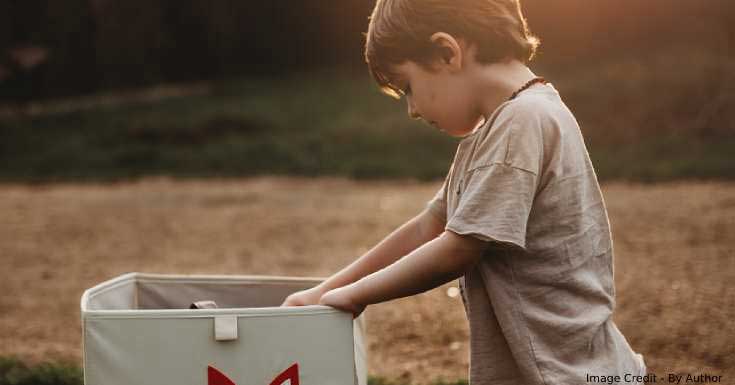 When did I First know Charlie was Autistic?

The question I get asked the most come from parents who are worried that their child may be autistic. They’re looking for answers. What are the red flags for autism in babies and toddlers? What was Charlie doing that worried you?

When Charlie was little, I was part of a mommy group on Facebook where all of the moms had babies born in early 2013. Because our babies were so close in age it was interesting to follow all the babies’ development.

Every week, we had a ”brag thread” where everyone shared something new their child started doing that week. Well, everyone but me. After around when Charlie was 10 months old and started walking, I never had anything to contribute.

At first I wasn’t too concerned because all babies develop differently, some faster than others. I also justified his delays because my son, Charlie, was exposed to both French and English in our home. A few studies suggested that growing up in a bilingual home could create initial language delays in toddlers. That was the excuse we used to explain his slow progress with speech.

When Charlie was about 18 months, I started questioning if something more was going on though. Not only was he not progressing, he started regressing. Regressions are one of the biggest red flags for autism. Charlie had a dozen words in his vocabulary but at 18 months old he lost them. 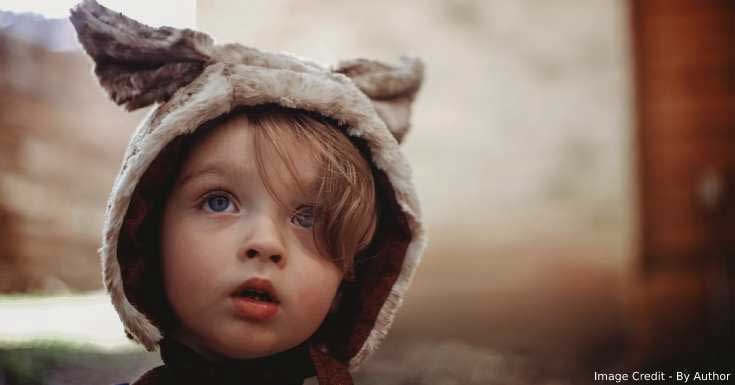 Charlie’s Signs and Symptoms of Autism

Socially, Charlie would ignore other children. He liked to be alone and he avoided eye contact. He was in his own world. Also, he would sometimes get scared or bothered for no apparent reason and cover his ears. They were other signs and repetitive behaviors that worried us too.

Charlie would get very upset by minor changes and change in his routine. I remember taking a different route driving home from the grocery store and being startled by a tantrum erupting the second I turned onto an unfamiliar street. Transitions were very difficult.

After 15 months, he developed strange sleep habits, and would only sleep on the floor. He’d get frustrated easily and have temper tantrums where he’d throw his body around every day, several times per day.

He had obsessive interests like playing with those toy car wheels, flicking light switches, and toy trains. He’d also spend hours pouring water back and forth from one cup to another if we let him. He would get ”stuck” doing these things and couldn’t move to other activities without having a severe meltdown.

And then there were other more subtle signs. For instance, hand-flapping. He’d flap his hands all day long, especially when he was happy. This is one of the more stereotypical outward signs of autism and is an example of ”stimming” or an intrinsically-rewarding self-stimulating behavior.

He’s always been a picky eater and ate only crunchy foods over anything else, and he was very sensitive to texture overall too. For instance, he couldn’t walk on the grass with bare feet. He was too independent for his age. He didn’t seem to want us or need us. 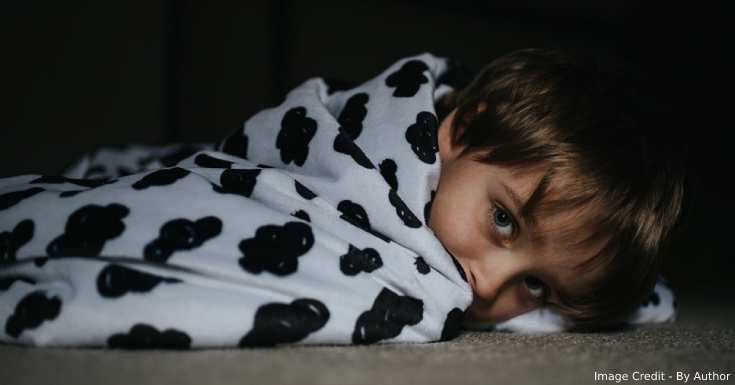 Well, autism is different for everyone. While individuals with autism mostly all have some difficulties in similar areas, we all have unique strengths and weaknesses too. To know what autism is like for an individual, you’d have to ask that individual with autism what it’s like.

I was diagnosed with high-functioning autism, and because my disability isn’t hugely visible, some people don’t believe it’s real. I do share a lot of common symptoms with Charlie, though to a lesser degree.

What are the Symptoms of High-Functioning Autism in Adults?

The first signs of high-functioning autism in adults relate to verbal and nonverbal communication. People with autism may have difficulty seeing another person’s perspective and picking up on body language and facial expressions. They also often may have trouble making eye contact and may feel discomfort during conversations. That’s something I struggle with.

Autistic people may have problems starting a conversation and continuing a conversation. Small talk is difficult for me personally. For instance, when people talk to me at the store, I often freeze and have no idea what to say back to them.

Adults with autism may also have more difficulty making out people’s true intentions than people without autism. For example, it can be hard for me to understand when someone is being ironic or sarcastic, or what’s a joke and what isn’t.

Overall, people with autism may appear shy or avoid initiating social contact. That’s not true for everyone on the spectrum but it’s true for me. Additionally, they may have difficulty fitting in with other people due to not following social norms or ways of dress.

Historically, I’d personally rather have been comfortable than stylish, maybe to a fault. Autistic people often only have a few friendships, if any, and have difficulty maintaining the ones they already have. They may appear rude to other people and take things literally.

For me, there are other aspects of autism that cause me distress in my daily life. Many autistic people also suffer from OCD, and more than two-thirds of adults with autism also suffer from anxiety and depression. Many of us have limited areas of interests but might be very knowledgeable on one or more subjects. My big passion is photography.

Finally, there are all the sensory issues, they can be mild to severe. People with autism can be over-sensitive or under-sensitive. Textures, smells, noises, tastes… everything can be a trigger.

I can also be rigid, and need my normal routine in order to feel good. Autistic people may become anxious when their daily routine is changed. I do.Be sure to keep in mind that you can exhibit many of the symptoms listed above without actually having autism. 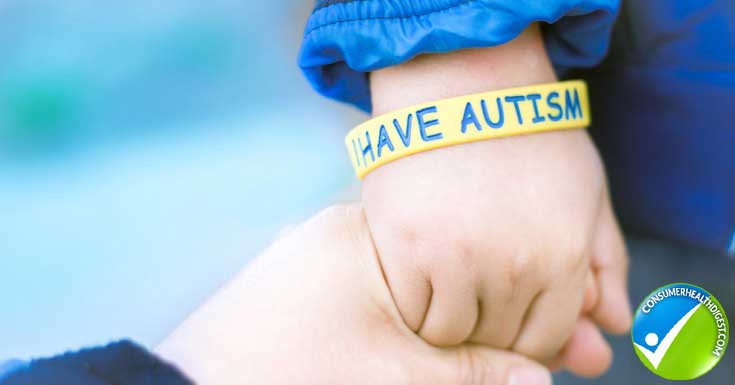 There’s no known cause of autism exactly. Research suggests that autism develops from a combination of genetic and nongenetic (environmental) influences. Though even some of the genetic markers of autism are found in people without autism. More research is needed, but much research is currently being done. There isn’t any blood test to diagnose autism nor it is currently possible to know if a child has autism in the womb.

That said, one thing we know about autism is that there is a genetic factor. Research suggests that autism tends to run in families. Changes in certain genes increase the risk that a child will develop autism.

If a parent carries one or more of these gene markers, they may get passed to a child. However, these known gene markers do not alone cause autism, they just increase the child’s risk of autism. It’s totally possible that you carry the gene and your child is not autistic.

If you want to learn more about autism and what it feels like, ask an adult diagnosed with ASD. Don’t be afraid to ask questions as many of us don’t mind answering. I hope that you’ve found this information helpful and if you want to read more about me or my son’s life with regard to autism – or just about parenting stuff in general – check out my blog, The Autism Cafe