Here’s How I am Living a Life of a Maniac

You may be manic if you have driven six hours with the grandiose notion to speak to the President of the United States immediately about your wonderful plan to save the mental health of the nation. Maybe…
Trip to D.C.

Combine the wired feeling of excessive caffeine with the poor judgment of consuming too much alcohol; add a heavy dose of euphoria and grandiosity with a dash of feeling like a mad genius and you have the feeling of pure mania.

Mix in an overwhelming sense of urgency to do something grand, like save thousands of people, and you have a recipe for disaster.

This all-consuming sense of urgency had me drive from Chapel Hill, NC all the way to D.C. with the intention to revolutionize the way that healthcare takes care of mental illnesses.

What I would have actually said to the president had I actually been given the opportunity to speak to Obama is beyond me, probably just the ramblings of a maniac.

I casually asked a security guard in front of the White House how one would go about having a meeting with the POTUS. After hearing that such a meeting would likely be close to impossible, it happened.

My body shut down. The feeling of pure panic became all I could feel. The feelings of anxiety, hopelessness and panic felt tangible.

I felt it in the tightening in my chest, in the racing of my heart, in the way my lungs felt like they were about to give out.

A crowd formed around me as I sat on the sidewalk just trying to remember how to properly breathe again. A stranger assured me that everything would be “okay” as I felt that death was immediate.

The flashing of the ambulance lights came into focus and I was escorted into the vehicle. By then, my heart had slowed down and I was no longer hyperventilating.

I was able to sign off that I didn’t need to be driven to the hospital and climb out of the ambulance.

As soon as I got out, I was approached by two figures. They stated that they were a part of the Secret Service and asked if they could question me.

I was led to a black van and sat in the back while I volunteered the answers to general background questions. They probably had limited experience with someone who was in a full-blown manic state.

I revealed to them that I had bipolar disorder and had been manic for the past few weeks. I tried to downplay how manic I actually was, to appear as “normal” as I could.

I must have been able to play normal better than I thought, because they released me, led me back to my car and let me drive myself back to North Carolina in the middle of the night.

You May Also Want To Read – The Mask: Searching For Your True Self & Coming Out Behind The Mask

I drove myself back to NC and right to a hospital. Even if self-awareness lowers during a bipolar manic state, it had become obvious to me that this mania was beyond my control.

I wandered aimlessly around the hospital floors as I debated emitting myself to the Emergency Department. I just need to talk to a psychiatrist, right? I don’t really need to be admitted as a patient.

While the mania did make me feel like I was losing my mind, what truly concerned me was what was sure to follow: the crash into a suicidal depression.

If I had never felt this high, would this mean that it would be followed by the worst depression of my life?

Could I handle that level of depression, of the numbness and constant thoughts of my own death? Eventually, a security guard volunteered to help me and led me to the Emergency Room to check myself in.

Questions bombarded me as I sat in the Emergency Room all alone. What would happen to me? Would I be admitted as a psych patient? What is a psychiatric ward even like?

Is it a scary place filled with dangerous, mentally unstable individuals? How long would I have to be there? My father drove to the hospital and sat with me in the room as the worries took over.

I was told that in order to see a psychiatrist, I would have to sign a form to be involuntarily committed. The idea of being in a psychiatric ward for an undetermined amount of time terrified me to the core. 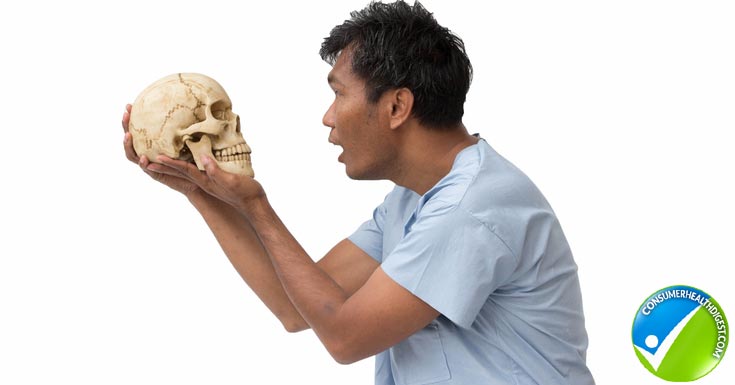 Led by police officers in handcuffs in order to be transported to a nearby hospital, I suddenly felt like a criminal. What had I done to be placed in the back of a police car?

Had I committed a crime by seeking mental healthcare? Is this what it’s like to be a psychiatric patient, suddenly stripped of all of your freedom “for your own safety”? I was convinced at this point that I had made the wrong choice. This wasn’t treatment; this was punishment for being mentally ill.

I wondered if the stigma around mental health was the reason that I was being handcuffed. I was no more dangerous than the average citizen, yet I was being treated as if I was truly dangerous.

I went from simply wanting to speak to a psychiatrist to being in a psych ward for a full week against my will. It’s a patient’s rights to be in the least restrictive kind of environment necessary for their own safety.

I quickly found out that everyone is treated as if they are the most extreme, suicidal case. The restrictive environment was bringing me down, and I was terrified that it would make me crash into the unavoidable major depression.

I found support in my fellow patients in their various stages of recovery as we bonded over our circumstances and bad hospital coffee. I got labeled the psych ward “queen” by the women with schizophrenia who liked how I voiced my opinion on mental health during our group chats.

I connected with the woman whose eating disorder and depression nearly claimed her life. I found that I had a lot in common with the people that outsiders would label as “crazy”. If this was “crazy”, I fit right in.

Read Next – How To Tackle With Invisible Women Syndrome?

Bipolar Disorder is a hard condition to live with. It takes the average bipolar patient years to get an accurate diagnosis and the proper treatment, whether it is medications, therapy, or a combination of the two.

No person’s experience with depression or mania is the same. I’ll continue to advocate for bipolar disorder as long as the stigma continues to prevent people from seeking treatment.

I hope that one day the general public will be more educated about mental illness and will see that the struggle with mental illness is not something that should be stigmatized.

YOU MAY ALSO LIKE – Success Story Of Patti Murillo-Casa