Fighting Kidney Cancer and The Changes It Brought In Our Lives!

My family is a beautiful! And vibrant mix of different characters that are full of life, energy and adventure!

Rob, my husband, is creative, nurturing and the man of the house! He runs our business and to me he is the strongest person alive!

Emily, our oldest daughter at almost 19, is full of dreams, love and thoughtfulness!

Cailey, right in the middle at 14, is driven, loving and too smart for her own good!

Kian, the littlest at 5, is demanding, and a mini version of his daddy and full of curiosity and love! 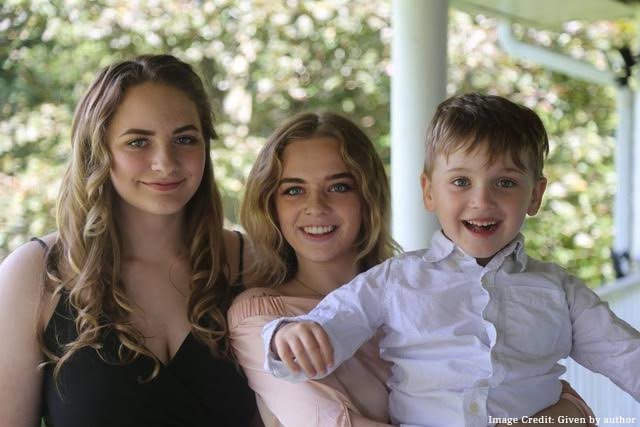 Yes, and then there is me, Evelyn, I once thought we were invincible and now fearful but ready to fight and make my family stronger!

Our family is so full of love, and our bond is strong that together we can face everything and beat it down! And we went through all of those trials and tribulations while building our industrial roofing company over the past 8 years.

That is what I thought, and it worked for so many years just fine! You hear of people and how their lives are touched by cancer but never think it could hit you!

Rob was always healthy, never had an ailment other than the common cold and was physically super strong! Then I started to notice that Rob did not scarf his dinner as usual after work, but did not put any thought into however it is also true that you don’t see that one’s appearance changes if you see that person every day!

I did not notice how skinny Rob became until one day, right after Christmas 2016, when he came out of the shower, and all I could see was bones! I could count his ribs and see his spine, I was horrified. Where there was once muscle, there was now just skin. Rob now was tired a lot! I tried to encourage him to go for a check up for almost a year, but there was never time! Always work, work, work.

Finally, at the end of January 2017, Rob decided to seek medical advice! He just felt sick and tired and felt a lump on his left side!

What was about to hit us that day our family did not anticipate! We were not prepared for this news! Our world broke apart! 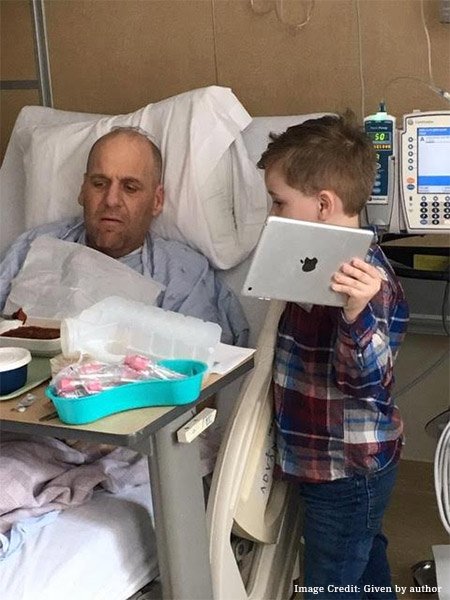 He went to our doctor, and she felt the lump, told him he needed an ultrasound and blood work! We were both sleeping when she called us at 10.30 pm to tell Rob to go to the hospital immediately for blood transfusions!

His hemoglobin was at 52, and the normal values are over 120!, the tumor had taken most of his blood. He went to the hospital, and they put him on transfusions right away! That’s when the ultra sound and CT scan revealed that Rob had kidney cancer! A huge tumor on his left kidney that was almost impossible to remove, it was 21 cm and approximately 10 pounds.

All I could do was break down! Cancer? Will he survive? Our kids need their dad! I broke down, and all I could see was Rob’s eyes filled with fear!

When I came home from the hospital and told our girls, we all just sat and cried! It was horrible!
Rob stayed in the hospital for 5 days then was released! We waited almost 3 months to see an oncologist surgeon!

Those 3 months were a horrible waiting time! Rob got weaker and weaker and just seemed to fade away!

Finding out that my husband was diagnosed with kidney cancer was only the start of an emotional rollercoaster that I never want to ride again. As my poor Rob was undergoing all kinds of tests, I could do nothing but sit there and watch the fear and pain in his eyes!

As the surgery date came closer, knowing that the surgery that was the only way to save his life could also kill him made it almost unbearable!

The thought of losing him ripped my heart out! and I cannot describe the feeling.

After endless days in hospitals to make sure Rob was stable enough and ready for surgery the day was finally here! I have never been this scared!

I promised Emily that it was not the last time that she said goodbye to her daddy, Cailey that her dad would be okay and Kian that his dad would be home again soon.

I made promises to my children that were not mine to make, I begged God to not take Rob from us!

The next morning, when they started to prep Rob for surgery, the fear in his eyes was like silent screams! I tried so hard to be strong but watching someone that you love so much in pain was so hard!

When they finally rolled him away, I broke down! A hospital volunteer sat with me until I was able to walk to the waiting room! I never felt that helpless!

As the hours went by they felt like the longest hours that I have ever experienced in my life, I cried and prayed! Finally, after almost 7 hours, his surgeon came to tell me that he was ok! The tumor was removed, the kidney was gone and he was stable!

Rob is a tough man with a strong thrives to live! He came home just after three days! A long recovery of four months and gaining back 35 pounds we are on the right track! Even though that his scans just after three months showed a little spot on his other kidney we are hopeful and trying everything to fight cancer!

We changed everything in our lives!

We changed our diet to completely plant based and NON-GMO and organic! No animal products! We try turmeric paste, high doses of Vitamin C and many other natural cancer-fighting items!

Many vegetables and fruits are proven to prevent cancer or shrink the growth of tumors! We are not going to just lay down and let cancer ruin our lives!

We have an industrial roofing company, and we want to even change that! Start living more and enjoy life! Life is so short! Things can happen and change in a blink of an eye! We are looking into relocating, maybe buying a winery or organic farm.

We can spend more time together as a family and enjoy the beauty of life! The love that our family shares!

Read Next – Listening To Our Pain – It Says Something

We love to create new vegan meals together and enjoy exploring our beautiful time together!

Evelyn Baker was born in Saarland Germany. She migrated to Canada with her parents in 1994. Met her husband and fell in love at first s Read Full Bio