Living with Bipolar Disorder: The Journey Within By Tom Roberts

Bipolar disorder is a mental illness that causes mood swings. Bipolar disorders are divided into four categories: Bipolar I, II, Cyclothymia, and Other Specified or Unspecified.
Tom Roberts

Summary: I was diagnosed with bipolar disorder when I was 43. Untreated, it cost me an 18-year marriage, two young children, my reputation and my job as a college professor. The journey to wellness, I learned the hard way, did not depend on medication alone.I had to participate in my own recovery by maintaining adequate sleep, a healthy diet, exercise and psychotherapy. I added to my recovery service to others in writing and speaking about mental illness and how to live with it,I believe education is the key to ending the stigma attached to psychiatric disorders that keeps people who need care from seeking help such as my brother and step-sister each of whom committed suicide five years apart.

Poet Ralph Waldo Emerson wrote “The greatest glory in living lies not in never falling, but in rising every time we fall.” I am approaching my 66th birthday as I write these words. I failed at everything I ever did, a family member once told me and,they added,I have been sick as long as they can remember. My loved one needed me at the time, but my depression symptoms made me too unstable to help. I was in a mixed episode swinging back and forth from depression to mania. The depression was like a heavy weight I could not put down and growing larger every day. The mania made me unpredictable to family and friends. I could be irritable one moment and grandiose the next moment with some outrageous plant to make a fortune or become famous.

I have more years behind me than are ahead of me. Most of my years were affected by a neurological disease I couldn’t face until I was 43 and once I did I did not understand managing the illness required more than just taking medication. 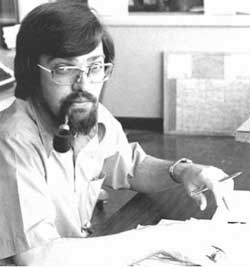 I was diagnosed with bipolar disorder on Good Friday 1993. The diagnosis came too late to save my 18-year marriage to my high school sweetheart, separation from my five-year-old daughter and nine-year-old son, my reputation and my career as a professor of broadcasting at a Christian college in Arkansas. It may have saved my brother Jerry’s life, too, but he committed suicide a year earlier. He was diagnosed with bipolar disorder while serving in the Army, but discharged without ever receiving treatment. Jerry was too afraid of stigma to seek psychiatric treatment once back in civilian life. He left behind his wife and two little boys who now in their mid-30’s still grieve over their daddy’s death. Our step-sister Teresa took her life five years after Jerry died. She was cutting herself in the midst of major depressions and self-medicated with prescription narcotics. Her addiction once led to a five-year prison sentence, but no psychiatric treatment. Major depression was the root cause of her addiction. She died of an overdose alone in her apartment one Spring night. Teresa was 40 and left behind a young daughter.

My first symptoms of manic-depression started after my mother’s sudden death when I was 14. The depressions became deeper, longer and more frequent once I started college. My despair was disregarded by family and friends as something I could control if I only “prayed more”.

Mania exploded whenever I wasn’t depressedwith over-spending, hyper-sexuality with women other than my wife, grandiosity in performing on radio and television as a broadcast journalist and on stage and later screen as an actor. A major depression that started in January 1988 convinced me I needed to commit myself to a psychiatric hospital for relief despite my wife’s disapproval. She was still convinced depression was a spiritual matter and not an illness. Unfortunately, the hospital’sstaff psychiatrist prescribed a newSSRI (Selective serotonin reuptake inhibitor)antidepressant that lifted the depression in three days, but carried the risk of inducing mania. The doctor did not know I had bipolar because it is difficult to diagnose without observing a manic episode, too. I wasn’t monitored for signs of excess energy, decreased need for sleep or abnormal and excessive mood elevation after the depression lifted.The anti-depressant sent me to the moon and before I was released from the hospitalI chose to leave my family and faculty position to move to Hollywood where I was certain I could make a living as a film and television actor. I took along a woman, of course, who was another patient in the hospital and believed in my fantasy. Depression returned once the medication ran out and I had no insurance to find a doctor to get another prescription. Six months after my flight landed in Los Angeles, I was on a bus back to Arkansas in a fruitless attempt to salvage my marriage and teaching position, but life as I knew it was all gone.

I supported myself with various menial jobs including one as a hospital emergency room janitor.I lived in an unheated cabin in the country. My pastor and Sunday School teacher each wrote a letter to me telling me how disappointed they were in my behavior in leaving my wife and kids with another woman to pursue my Hollywood fantasy. Their “Christian outreach” embittered me toward religion even though I was a pastor myself many years earlier. It was a career I chose when manic, I think, but abandoned once frequent depressions returned and I was too ashamed to ask for help. 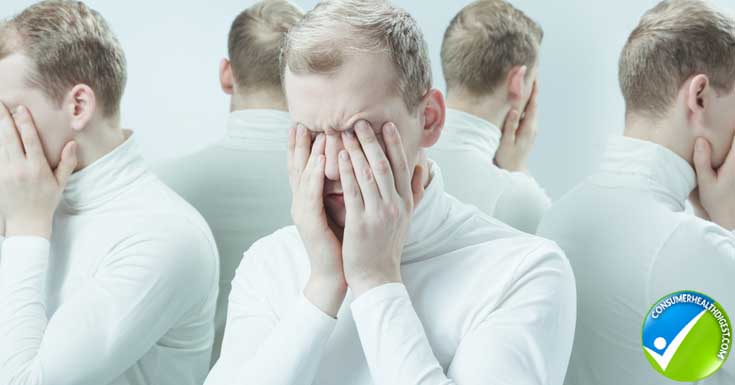 I had no healthcare when I got back to Arkansas, so It was five years before I got a job that provided health insurance and eventually diagnosed with bipolar disorder. The diagnosis came after a friend who was a knee surgeon told me I was “acting kind of crazy and scaring people”. He suspected bipolar and strongly suggested I see a psychiatrist. I did and the psychiatrist gave me the diagnosis without hesitation after I talked non-stop for an hour when he asked me what was going on. My journey began that day in Springdale, AR, but it took nearly 20 years, a return to California and eventually remarriage for me to stabilize. I acted as if medication alone would make life better. I did not know there is more to achieving stability such as consistent sleep patterns, exercise, a healthy diet and psychotherapy. I have been mostly symptom-free since 2010. I celebrate my recovery now by speaking to others about my experience, strength and hope and write about ending the stigma attached to mental illness because it discourages people like my brother and step-sister from getting help. I wrote my memoir, too. I titled it Escape from Myself: A Manic-Depressive’s Journey to Nowhere. Charles Dickens used the phrase “I want to escape from myself” in a journal note he made when he was in the midst of one of his frequent major depressions. The word “nowhere” became “now here” once I found stability.

I call bipolar disorder the “family curse” because my late father and late brother were diagnosed with it and now my surviving sister has it. My youngest brother is struggling with depression.

Bipolar disorder is incurable. So is another neurological disease I have multiple sclerosis. Society stigmatizes me for the mental illness, but sympathizes with me because MS left me partially blind. I am not “bipolar” any more than I am “multiple sclerosis”. I am a human being who happens to have a couple of disabilities that has made life a bit more challenging.

Patricia E. Deegan, in a presentation to mental healthcare professionals titled Recovery as a Journey of the Heart said “The goal of recovery is not to become normal. The goal is to embrace the human vocation of becoming more deeply, more fully human.”

Tom Roberts is a mental health speaker and writer living in Huntington Beach, CA. He worked for several years as a broadcast journalist Read Full Bio