7 Reasons Why You Should Avoid Surgery in Prostate Treatment

Although stereotypes suggest that women like to talk more than men do, there are definitely topics that men love to discuss. Many men can be found having conversations regularly about sports, cars, their families, hobbies, work, and much more.

One topic few men discuss, however, is their health. This is especially true when men experience physical changes that seem particularly personal (like changes in the pelvic region). These changes may signal prostate cancer, which is normally treated through Prostate Surgery.

Just because men rarely talk about urinary or sexual problems does not mean that they do not exist, though. One common issue that many men face as they get older is benign prostatic hyperplasia (BPH). Also known as an enlarged prostate, BPH can have several inconvenient side effects even though it is not cancerous or life-threatening.
Some of the undesirable side effects of BPH are:

Treating BPH (and even prostate cancer as well) sometimes involves the suggestion of surgery. In prostate surgery, medical professionals remove all part of the prostate. Some surgeries are also performed merely to look around inside the prostate with a small camera in order to examine the tissue. 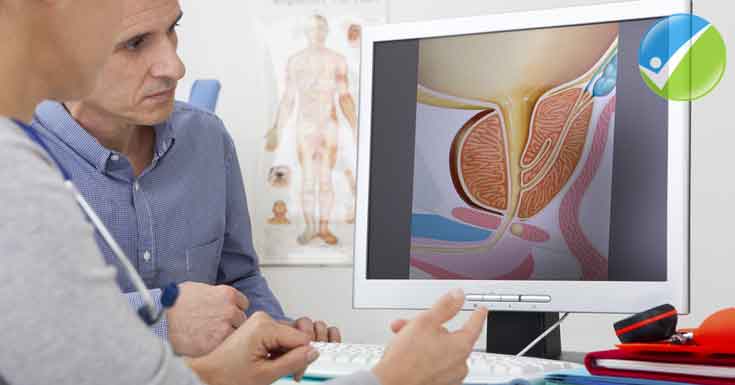 Located between the bladder and the rectum, the prostate is a gland in the male body. It serves to help the body produce semen and is thus classified as a sexual organ. Men can live without their prostates. However, due to the location of the prostate, having surgery on it often affects the bladder, which, in turn, affects the urinary process.

After prostate surgery, many men report that they have trouble holding their urine. Urinary incontinence occurs most often in men who have had prostate surgery and who are over 70 years of age.

Unlike the insides of the intestines or even the brain, the prostate is not easily accessible through an orifice. In order for the prostate to be reached, an incision must be made. As a result, even minimally invasive prostate surgery is still invasive. If the surgery requires the removal of part of (and especially of the whole) prostate, then it tends to very invasive.

3. The Surgery Can Result in Leakage

Urinary incontinence can be an issue as a result of prostate surgery because of the effect the procedure can have on the bladder and the body’s ability to urinate properly. A secondary issue to these is leakage. Classified as small amounts of urine leaking out of the penis, even when men are not aware of it, leakage can be an inconvenient, messy, and embarrassing issue for many men. Men dealing with leakage issues must be diligent about practicing proper hygiene in order to prevent themselves from getting rashes or infections.

4. Pain is a Common Side Effect

Even the healthiest of men tend to find that their penile region is highly sensitive. Consequently, having a major surgical procedure in that region of the body often means that men experience significant amounts of pain as a result of prostate surgery.

Since the surgery must be performed near the rectum as well, pain can occur for some men when using the bathroom. In many cases, the pain subsides with time. For some men, however, the pain can be long-lasting or recur occasionally, especially if it is associated with the lymphatic system.

After prostate surgery, men are sterile because the prostate plays a part in producing semen. This can lead to hormonal changes that affect sexual drive and performance. Erectile dysfunction (ED) is also a common side effect of having surgery on the prostate gland.

For some men, sexual sterility and ED are not significant issues, especially if their general health does not support such activities anyway. Men who are younger or who are in better health are often more motivated to protect their prostate without surgery. Many men, for instance, use formulas like Prostara. This product offers clinically formulated blends of herbal extracts in order to help men main their prostate function healthily. It can also help men to restore their hormonal balance, resulting in the relief of BHD symptoms.

6. The Lymphatic System May Be Affected

Some surgeries are known for affecting the lymphatic system: prostate surgery is certainly one of them. Swelling and fluid buildup in the lymph nodes around the genitals and top of the legs is a common side effect of having prostate surgery. This condition is called lymphedema. It sometimes requires additional treatment, including draining procedures, the use of compression bands, and even some medications. The condition can add to the pain that men experience post-surgery and sometimes recurs.

7. There are Alternatives to Surgery

Rather than selecting surgery for prostate problems like BPH, men should consider alternative treatments that carry fewer risks. Some treatments, like consuming remedies like Prostara, are simple. However, more extreme measures are sometimes required. In such cases, there are a multitude of options to consider besides surgery, including:

Many of these alternative treatments are less painful and invasive than surgery. Some focus on moving the urethra away from the prostate, while others try to open the urethra more in order to correct urinary issues resulting from the enlarged prostate.

Each treatment should be considered individually by men and their doctors to determine which will be the most effective and the least risky. The commonly used treatment is Prostate cancer Surgery, which provides a permanent remedy for prostate cancer.

Surgery treatments are not the best remedy for use since they are characterized by various drawbacks that affect the life of consumer adversely. In particular, prostate surgery side effects are normally undesirable since it leads to urinary incontinence and erectile dysfunction.

Prostate Surgery greatly affects the sexual performance of the consumer. If possible, surgery treatments should be avoided completely. However what to do if the prostate problems persist? An alternative to surgery could be the use of a prostate health supplement.

There are many options available on the market which claim to offer several benefits. However, not every supplement work as it claims. Well, guess what? We have an option available for you. It is known as Proaxil. This supplement could treat your prostate problems thus providing quick relief.

Bethany McIlrath is a freelance writer who loves sharing tips with her readers to help them to live healthier, fuller lives. Primarily Read Full Bio