Symptoms Mothers Experience During The Third Trimester of Pregnancy 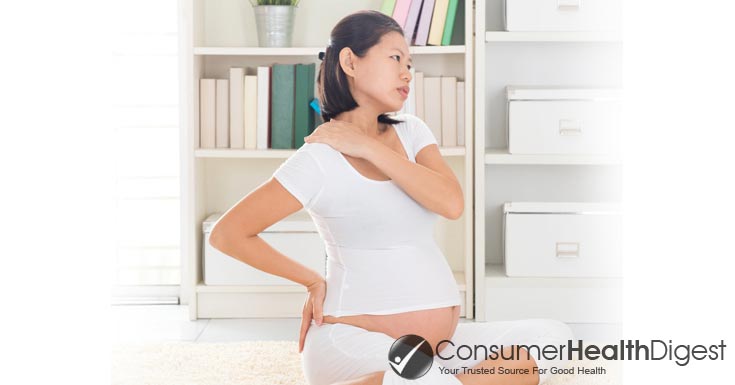 This is the last part of the journey, and perhaps, the most exciting yet most challenging stage of pregnancy. Mother’s body continues to change. Another common thing is the contrary: mothers feel thirst, they often go to the bathroom, they are both tired and energized at the same time, and other similar things happen. Here are some of the symptoms future mothers can expect during the third trimester.

Growing Fatigue. All the energy that was common during the second trimester is now gone. Fatigue is again a factor during the third trimester. The added weight, waking up several times during the night to visit the toilet, difficulty of sleep due to the enlarging belly have taken their toll on mothers. When pregnant mothers feel tired, they should try to lie down and relax. Every ounce of strength they preserve during this period will come in handy once the baby is born.

Back Pain. The added weight applies more pressure on the back, causing pain and sensitivity. Mothers also experience discomfort in the pelvis and the hips, as ligaments start to relax and prepare for childbirth. Practicing the appropriate pose and standing is essential in order to ease the pressure on the back. To relieve back pain, sleep on the side with a pillow between legs.

Frequent Urination. Once the baby is grown, its head pressures the bladder causing more frequent urination. This will be especially common during the night. Mothers should avoid drinking fluids and caffeinated drinks several hours before they go to bed. Should they feel any pain during urinating, they should consult their physician at once as it can be a sign of infection.

Heartburn. Heartburn during the third trimester is caused by both physical and hormonal changes in the body. The sensation extends from the lower throat to the bottom of the breastbone. Mothers-to-be are advised to avoid spicy and fried foods and juices. Heartburn is caused by acid in the stomach. Although the symptom starts during the first trimester, it progresses all throughout peaking during the third trimester. Luckily, once the baby is born, the symptom will disappear. 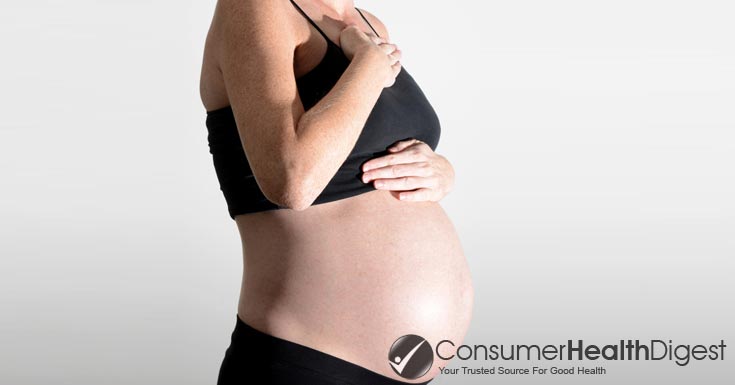 Intense Dreams. During the third trimester, mothers experience more intense dreams that are caused by psychological factors, as they are preparing themselves for the incoming baby. They may dream about the gender of the baby, how will it look, debating the name, and labor. Pregnancy dreams are rollercoaster of emotions, but there is no need for panic.

Ligament Pain. As the baby and the womb grow, ligaments surrounding the womb stretch. Sudden movements are not recommended, as they will mostly lead to ligament pain. The pain is described as sharp and jabbing and mostly felt in the lower belly or the groin area. Ligament pain is one of the most common complaints of mothers-to-be, and it is mostly felt during the second trimester. However, it continues during the third as well. Ligament pain usually affects the right side of the belly, but can occur on both sides.

Abdominal Gas. There are two factors that contribute to gas during pregnancy. One of them is the hormone progesterone, which slows digestion leading to gas and bloating. The second factor that is common for the third trimester is the close quarters. Since the baby is now bigger, there is not much space, slowing down digestion and adding pressure to the stomach.

Constipation. This is also caused by the increased production of progesterone. Mothers are advised to consume smaller dishes, but eat more times during the day. Avoiding greasy and spicy food is also useful.

Hemorrhoids. Hemorrhoids are actually varicose veins formed around the anus. They enlarge during pregnancy, as additional blood flows through them and the weight increases pressure on that part of the body. To relieve itchiness and discomfort, mothers should try seating in a warm bathtub. Consulting with their physician about hemorrhoid cream or any drug is a must.

Sciatica. As the uterus expands, it puts more pressure on the sciatic nerve in the lower part of the spine, causing back pain. Another culprit is the baby shifting positions, especially during the third trimester. This positioning can sometimes rest directly on the nerve, causing major pain in the butt. Sciatica can be both constant and intermittent, and it can continue after childbirth. Mothers should take a break as much as possible to lower the risk of sciatica.

Hip Pain. Mother’s uterus is now very big and heavy, and this changes the way they carry themselves. As the center of the gravity has changed, the strain is put on the lower back and hips causing severe pain on one side. Hormones that loosen the pelvic also contribute to hip pain. Exercise is recommended. Mothers should try to get their back and abdomen in the best shape they can in order to reduce pain. Applying heat to the painful area is also an option.

Fetal Movements. During the third trimester, the baby is fully developed, and it eats all of the space in the womb. There is not much space for movements, but this can be a good thing as the mother can now feel movements easier. Mothers should not try to compare movements, as they vary from day to day, even from minute to minute. After week 28, mothers can expect movements and activity every day. This is also the time they should start counting the movements. A common sign for going in labor is when the movements during the day are less than 10.

Vaginal Discharge. The number of vaginal discharge increases during the third trimester. If the discharge is abundant, and it penetrates through pads heavily, contact your physician. Close to the due time, pregnant mothers notice bloody, heavy discharge.

You Can Also Read – Lower Back Pain During Pregnancy