All You Need to Know About Both Pregnancy and Menopause

According to the CDC,[1] the number of women having kids after the age of 35 is on the rise. In a career-oriented society due to everyday challenges that women meet on a daily basis, they decide to have their babies later. That is the main reason why the increasing number of women have their children after they turn 35.

The last thing you want to hear is that it’s too late to have a baby, which explains why the subject about menopause and pregnancy is widely discussed. How does it work? Is it possible to be near menopause and still have a baby? You’ll find answers below.

Can You Get Pregnant after Menopause?

Technically speaking, menopause marks the end of ovulation, fertility, and getting pregnant in a natural manner would be impossible. That being said, it is not uncommon to come across stories about older women who got pregnant.

In many cases, these women haven’t entered their menopause yet, but in other instances, they have undergone some treatments that enabled them to conceive. Your chances of pregnancy after menopause will be discussed in a greater detail further in the article.

Bearing in mind that more and more women decide to have their babies later in life, scientists are constantly working on studies whose goal is to improve your odds of pregnancy and to offer multiple options that women can choose from.

For example, a team of scientists from Greece led by Konstantinos Sfakianoudis at the Genesis Athens Clinic came up with a technique[2] that allows menopausal women to rejuvenate their ovaries and get pregnant using their own eggs. 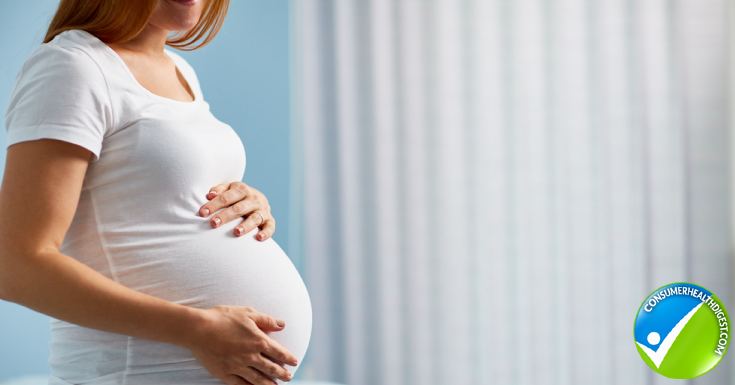 The groundbreaking treatment involves drawing blood from patients and spinning it in a centrifuge in order to isolate platelet-rich plasma which has a high concentration of cell fragments involved in blood clotting.

The plasma repairs a woman’s reproductive system and it is injected directly into the woman’s uterus and ovaries. So far the experimental treatment involved 180 women, but if its benefits continue to be positive in larger trials it could pave the way to natural pregnancy after a woman has already entered menopause.

How Long after Menopause can Pregnancy Occur?

In order to understand menopause and pregnancy, it is important to clarify different stages of the “change” that every woman goes through and discuss how reproductive system works in all of them. In reproductive years, a woman’s body produces estrogen, progesterone, luteinizing hormone (LH), and follicle stimulating hormone (FSH).

During the regular monthly cycle, estrogen, FSH, and LH work together to promote the release of an egg from ovaries as you ovulate. Ovulation can only occur when levels of all hormones are within the optimal range. After the egg is fertilized, LH starts stimulating the production of progesterone to maintain your pregnancy. 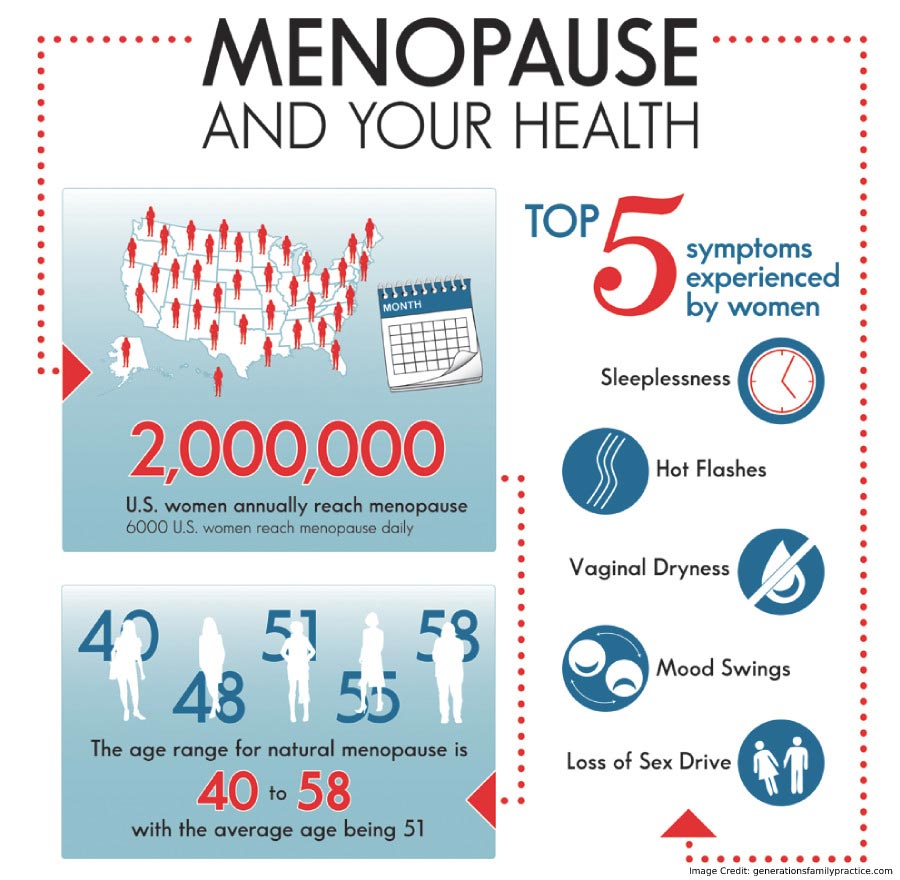 Perimenopause – The stage before menopause occurs and you’ve already started experiencing some symptoms like hot flashes and night sweats. A woman still has her period, but not regularly.

Although ovaries produce a lower amount of estrogen and progesterone, LH and FSH concentration is still high. This happens because your ovaries become less responsive to these hormones. You can get pregnant in perimenopause

Menopause – When you’ve gone full 12 months without a period, you have officially entered menopause. In this stage, estrogen and progesterone are low while LH and FSH are high. Since a woman doesn’t ovulate, conceiving a child naturally is impossible

When it comes to the entire menopausal transition, your best chance of conception is during perimenopause. Some women enter this stage in the late 30s, while others usually do in their 40s. Of course, the best thing to do is to consult your doctor regarding this subject.

What are the Signs of Pregnancy After Menopause? 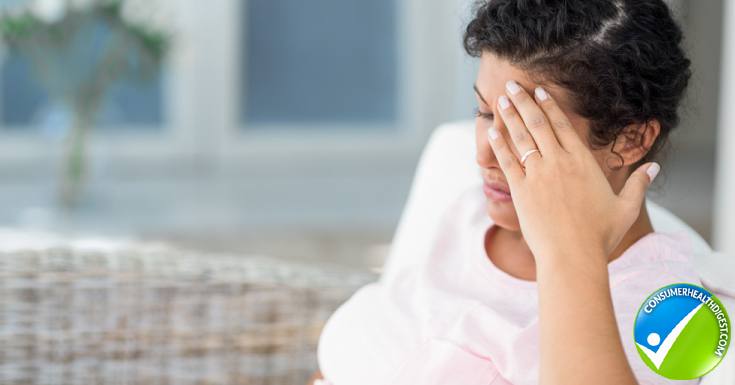 Even though pregnancy after menopause isn’t possible in an old-fashioned way, until the treatment with ovary rejuvenation becomes available to all, women still have some options to conceive. In this stage of your life, it can be difficult to realize you’re pregnant because some pregnancy signs are similar to those of menopause.

The most notable signs include the urgent need to urinate, mood swings, and you’re feeling warmer than usual. Probably the easiest way to tell you’re pregnant in menopause is the occurrence of signs[3] that aren’t typical for menopause such as sore breasts, abdominal cramps, and nausea.

Besides the above-mentioned signs, women who get pregnant after they turn 35-40 can also experience the following symptoms[4]:

What are the Chances of Pregnancy after Menopause? 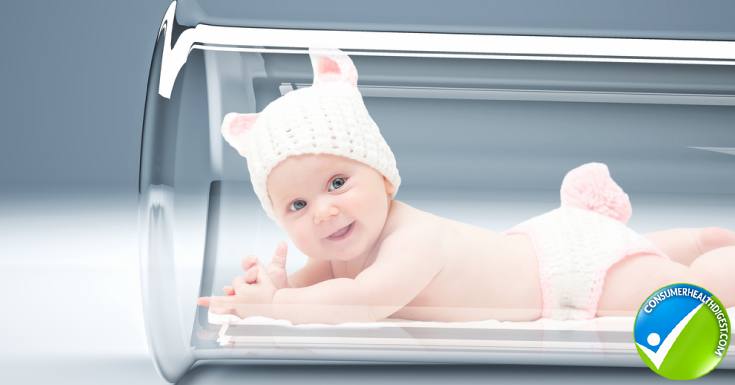 For women who want to conceive after they reach menopause, IVF could be the most effective solution. The Journal of Assisted Reproduction and Genetics[5] featured a study which showed that in vitro fertilization or popular IVF with donor eggs was highly successful.

Although postmenopausal eggs aren’t viable, women have the option to use eggs they had frozen years earlier or they can use frozen or fresh donor eggs.

If you decide to go this way, you’ll also need to undergo hormone therapy to prepare your body for implantation of the egg and the ability to carry the baby to full term. Postmenopausal women are more likely to experience both minor and severe complications in pregnancy, which is why it is important to discuss this subject with your doctor and compare both risks and benefits of conception at that age.

SEE ALSO: Pregnancy During Menopause – Is It Possible?

An increasing number of women decides to have their babies later in life but menopause tends to be an obstacle. Menopause and pregnancy is a complex subject, and although you can’t conceive naturally in menopause, there are still some ways to have your baby.

IVF proves to be an effective solution and we can also expect ovary rejuvenation treatment to be available to all in the near future. The stage before entering menopause, perimenopause, still allows you to conceive.

Women who want to get pregnant at this stage should consult their healthcare provider regarding the best option to do so.

Eirene Heidelberger is a nationally-renowned parenting expert and founder of GIT Mom (Get It Together, Mom!). Through GIT Mom’s 7- Read Full Bio