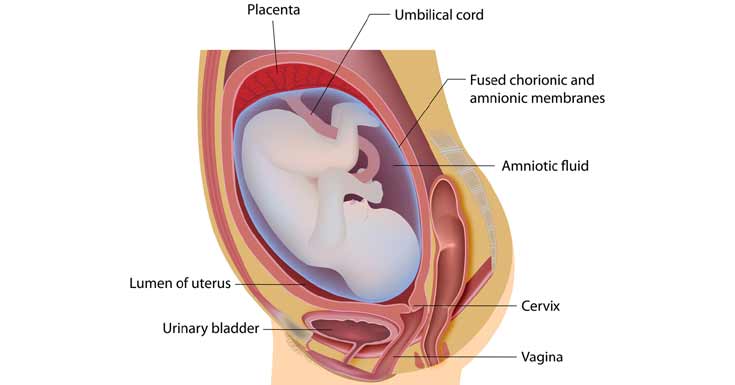 The neck of the uterus in a woman is called cervix, and it extends into the vagina. Cervix is shaped like a narrow tube that remains open. The opening is small so as to allow sperms and menstrual blood to pass through. However during pregnancy, this small opening is sealed with a mucous plug. This is to prevent any infection from getting to the growing foetus. The mucus plug acts as a protective barrier. Over the course of gestation, the cervix undergoes a lot of changes. The cervix will progressively soften, decrease in length (efface) and open (dilate) as the baby grows, and the body prepare for delivery. Read to know the changes that occur in the cervix as the pregnancy progresses.

When pregnancy is still fresh (about 12 weeks) the position of the cervix rises, but it does not go as up as to its initial position before implantation. The cervix softens (or ripens as some people refer to it). The woman can herself feel these changes using her finger. The pregnant cervix is soft while the non-pregnant cervix is comparatively harder. A woman should have good knowledge of the texture and feel of her cervix before pregnancy to fully appreciate the change that occurs during pregnancy. The softening of the cervix is explained by the fact that there is a surge of blood to the cervical area that causes it to bloat and feel softer to the touch. It should be noted that not every woman can keep a track of her pregnancy process by feeling the changes in her cervix. 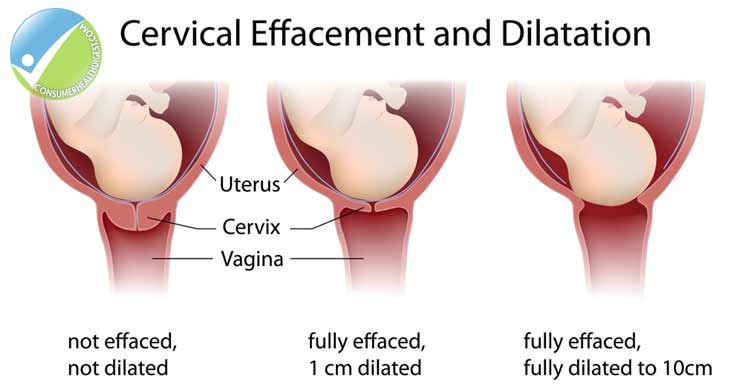 Another first sign that is observed is the thickening of the cervix. This is because the fact that the body produces more glandular cells to form the mucus plug. Inflammation and redness are also common. For some women, slight pinkish-brown bleeding might also occur which is mistaken for menstruation. It is also called implantation bleeding.

The purpose of cervix thickening is to protect the uterus. As the gestation period approaches its end, the cervix begins to experience changes to prepare the body for childbirth. The mucus plug is lost as the cervix begins to open or dilate. The actual time of this dilation may vary from woman to woman. Some experience it a few weeks before their due date while for others it happens during the labour itself.

Inspecting the cervix is an easy but distinctive method that can be very useful in detecting pregnancy as well as indicating the most fertile time for conception. A woman can maintain a chart or journal to monitor her cervical positions at different times of the month.

Also known as an incompetent cervix, this is when the cervix begins to dilate prematurely, increasing the risk of preterm birth. As the baby grows and becomes heavier, there is an increasing pressure on the cervix. This pressure may cause the cervix to dilate before the foetus is fully developed. This can lead to a miscarriage or premature labour.
There are several factors that can contribute towards an incompetent cervix. The most primary of these is genetics. Some women are genetically more prone to premature cervical dilation that others. However for others it might be aggravated if a surgical procedure has been performed on the cervix before. Sometimes an abortion or a miscarriage can also lead to a weakened cervix. Women that have previously undergone a complicated and difficult labour run the risk of an increased likelihood of cervical weakening during their next pregnancy.
There are certain symptoms and indication that point towards a premature labour. These include frequent contractions, vaginal spotting or bleeding, pressure in the pelvis, and/or constant lower back pain. If a woman is experiencing any of these symptoms, she should check with her doctor as soon as possible. She/he will run an ultrasound to determine if the cervix has begun to dilate.

If the pregnant woman is indeed in preterm labour, she and her doctor can sit down and discuss the options available. The doctor might try to delay the labour process. However, if the cervix begins to dilate in early pregnancy, the doctor might suggest cervical cerclage. It is a procedure during which the cervix is stitched with strong sutures. This step is taken as a last resort. It is done when there is solid ultrasound evidence that the cervix has begun to dilate dangerously. For women having a history of premature births, cervical cerclage is recommended.

In less severe cases, the hormone progesterone might be injected into the mother’s system to delay labour. At other times, a pessary which is a silicone device is placed around the cervix to act as a plug and prevent premature birth.

If, by self-examination, a woman feels that her cervix has dilated during pregnancy, she should consult her doctor immediately.

A healthy baby is the goal of every pregnancy. Cervical weakening can affect the chances of the baby being born in full health and bloom, although this condition is very rare. Most cases of cervical weakening are manageable. Only 1% of all pregnancies run the risk of any long lasting diverse effect due to an incompetent cervix.