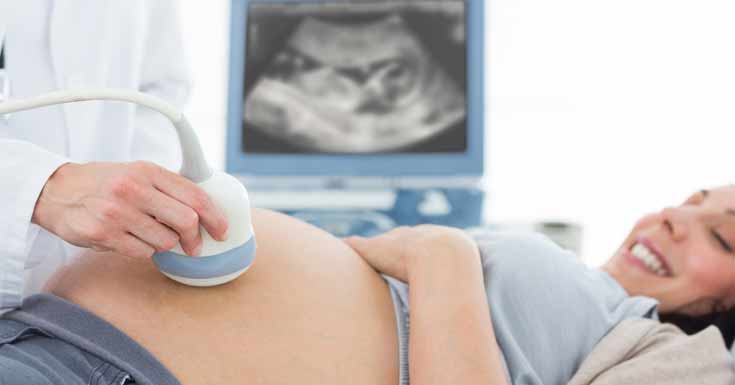 What is Biophysical Profile Test?

A Biophysical Profile (BPP) test consists of 4 ultrasound evaluations and a NST. It is important as we can learn a lot about the baby’s health. Keeping track of movements, increases in heart rate, muscle tone, breathing rate and the amount of amniotic fluid surrounding your child is achieved by using special ultrasound methods. Those produce images of the baby in the uterus using high frequency sound waves.

There is also a second form called the “Modified Biophysical Profile” which only consists of the NST and the amniotic fluid index.

What does BPP Score Tells about Baby’s Health?

A score will show you how the state of your baby’s health is. The score’s name that is used among professionals is Manning’s score.

4 or less points: The baby is having problems. Further testing will be done.

Is there any Risk behind BPP Test?

A huge majority of doctors think that he probability of risks and side effects to the mother and/or baby are fairly low. However, some doctors do raise concerns if the tests have to be done for longer periods. Some mothers might feel uneasy about the test results or they might be unlucky and receive wrong results even though their baby is perfectly fine or get a result that does not indicate any problems even though the opposite is the case. 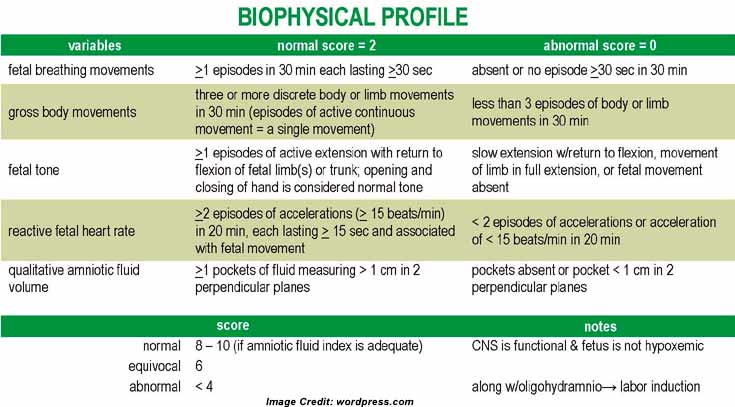 When it is performed?

Generally, a BPP is done in the late pregnancy – more specifically, after 32 weeks of pregnancy. A test may be done 32/34 weeks earlier because of possible complications during the pregnancy. Most of the time you only have to do it once but some mothers need to do it more frequently due to complications. Also, at 24/26 weeks your baby might be taken out if the test results indicate that this step is obligatory.

When to Have Biophysical Profile Test?

If the pregnancy is considered at high risk after a doctor’s examination a BPP needs to be done.
In detail:
If…

BPP’s are usually done by obstetricians, ultrasound technologists or radiologists, with an obstetrician being the most likely one to perform it on you. It will either take place at his/her office or you will have to go to a hospital or clinic.

For the fetal ultrasound you usually just have to lift your shirt and push down the waistband of your pants. To begin, you might get asked to drink a few glasses of water an hour before the test as a full bladder will make the tests and therefore the ultrasound pictures easier and clearer.