Soybeans are the richest source of phytoestrogens that exhibit estrogenic activity, they can interact with enzymes that control androgen production.
Consumer Health Digest Staff

Both health benefits and detriments of soy Isoflavones have been well documented making soy one of the most controversial foods of today. Men and women are told that they can benefit from taking soy Isoflavones from soy produce or in supplement form. From easing menopause symptoms and reducing the risk of osteoporosis, to preventing prostate cancer, soy Isoflavones are believed to benefit human health in many ways. However, there are concerns regarding the safety of taking soy Isoflavones mostly because these compounds interact with the cells in our body. In this article, we explain what the current stance on soy Isoflavones is. We will also explain how to consume soy Isoflavones and what the potential side effects are.
Keep on reading and discover more information on the soy isoflavones menopause connection. As you will be able to read, there are many soy isoflavones benefits, starting with the fact that these antioxidants can protect you against various chronic conditions.

Soy Isoflavones are types of plant-derived phytoestrogens. Phytoestrogens are compounds that exhibit estrogenic activity. Soybeans are the richest source of phytoestrogens found in the human diet which is the main reason why soy has received so much attention from scientific communities and the wider public.
The role soy Isoflavones play in human health has been the subject of heated debate for quite some time now. Since soy Isoflavones are molecularly similar in structure to estrogen, they have a tendency to bind to estrogen receptors in the body.
They may also inhibit the activity of natural estrogen and interact with certain enzymes that control androgen production. This has been well documented in a huge number of studies as explained in a research article published Environmental Health Perspectives. 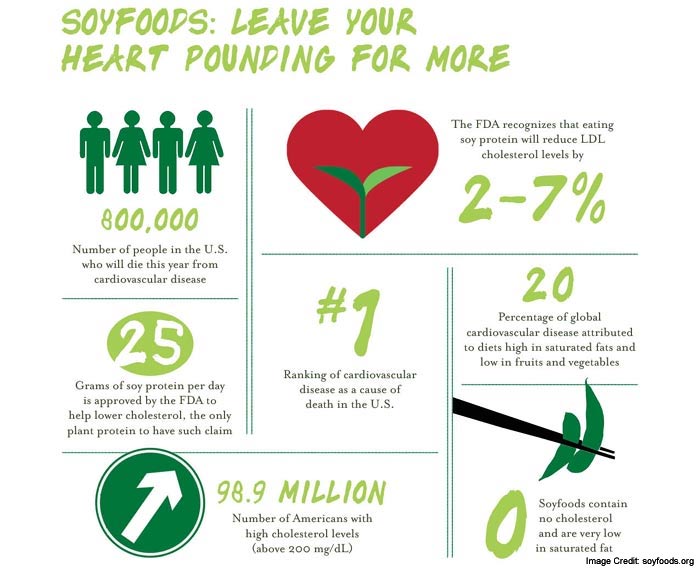 Epidemiological studies have linked consumption of soy to various health benefits. East Asian populations consume up to 8.7g of soy protein a day compared to only 1g a day in Western populations. Since East Asian countries have smaller rates of breast cancer, uterine cancer, osteoporosis, and prostate cancer, researchers suggested that this has something to do with soy consumption. Studies on cancer incidence and soy consumption have found that soy intake may lower the risk of cancer but only to a small extent and that the reason why some Asian countries exhibit smaller cancer rates may have more to do with other lifestyle factors.

But other than cancer, soy Isoflavones are believed to also protect cardiovascular health, reduce the severity of menopause symptoms, reduce the risk of osteoporosis, and prevent age-related cognitive decline. Because sex hormones play an important role in regulating metabolism and maintaining overall health, its declining levels in midlife often lead to the development of chronic disease. Soy Isoflavones mimic estrogen in the human body and have the potential to set off the side effect of declining estrogen levels. 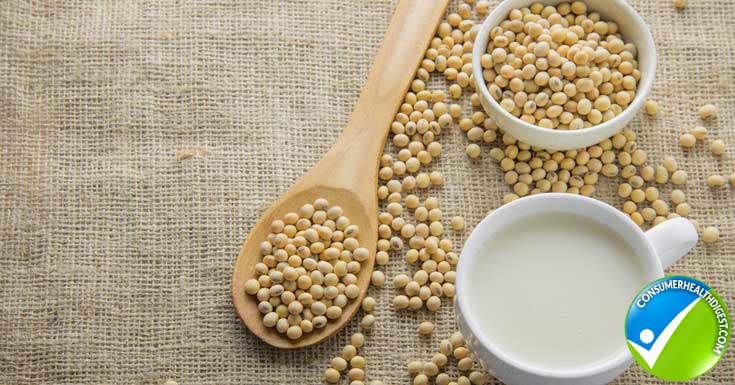 What are the health benefits of soy isoflavones?

As you have seen, soy isoflavones have a lot of benefits to offer, starting with the fact that they are antioxidants and thus able to provide protection against different types of cancer. They can also keep your heart into top shape condition, allow you to go more easily through menopause and reduce the risk of age-related medical problems, such as osteoporosis and cognitive decline.

Retha R. Newbold, a supervisory research biologist at the National Institute of Environmental Health Sciences (NIEHS) states that concerns regarding the effects of soy Isoflavones on health are due to research performed on mice. Research on mice given isolated soy Isoflavones found it caused uterine cancer, infertility, and premature puberty. Furthermore, soy Isoflavones are known to reduce iodine absorption which can have a negative effect on thyroid functioning. This is the main reason why soy milk is often fortified with iodine to counteract this effect. Because of this action of soy, there has been great concern regarding the safety of soy-based infant formulas. Furthermore, taking soy in too high amounts may also have negative health outcomes such as severe mineral deficiencies so taking soy at the reasonable 2-7g a day is recommended.

What are the side effects of soy isoflavones?

As already mentioned, modern research has identified a number of side effects caused by soy isoflavones, such as premature puberty, infertility and even uterine cancer. It has also been discovered that soy isoflavones could affect the functioning of the thyroid gland, impairing the absorption of iodine. Moreover, in high doses, they can lead to mineral deficiencies.

How to take soy Isoflavones?

Michael Shelby, director of the National Toxicology Program’s Center for the Evaluation of Risks to Human Reproduction (CERHR) states that the amount of actual soy Isoflavones in soy is too low to provide any real benefits. However, fermented products such as soy sauce, miso, and tempeh are an exception to this as they contain up to 40% of free soy Isoflavones. Furthermore, the best way to be taking soy Isoflavones is from soy produce rather than in their isolated form as studies show that the complete protein of soy was needed to produce any health benefits. Studies on soy isoflavone supplements show that these products do not cause any adverse health outcomes and depending on their quality can improve overall human health.

How much soy isoflavones to take for menopause?

The recommended dosage of soy isoflavones for menopause varies between 40 and 80 mg, depending on each individual case. In order to be safe, it is for the best to discuss with your physician and ask him/her about the suitable dosage. It may be adjusted in accordance with other healthcare needs or pre-existent conditions.

Soy has been consumed by humans for around 6000 years but it is only recently that soy has become a controversial food. Soy products have the potential to affect human health. However, researchers have yet to come to an agreement regarding these effects. What we currently do know is that certain chemicals in soy called soy Isoflavones can mimic naturally occurring estrogen by binding to estrogen receptors. This activity of soy Isoflavones was found to have mostly a positive effect on human health. Although there are some concerns regarding the safety of soy Isoflavones when given to infants or when taken in large amounts, soy is generally considered to be safe when taken reasonably.
In conclusion, the soy isoflavones menopause connection is quite clear. These can help you make a smoother transition into this new period of your life, improving the symptomatology experienced. The soy isoflavones benefits are plenty and it should be a shame not to take advantage of them.
However, if you are allergic to soy isoflavones, then you can opt for another alternative. Other option is taking Remifemin Natural Hormone Free Menopause Support which is one of the natural menopause supplement.