Menopause and Memory Loss: Types, Symptoms, Side Effects and Tips 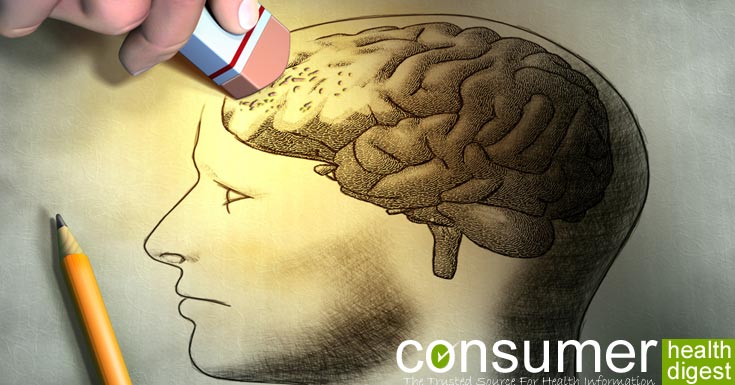 Whether it’s occasional forgetfulness or short-term memory loss that interferes with daily life there are many causes of memory lapses. Memory lapses are a momentary inability to remember a word, a name, or the placement of an item.

However, memory lapses soon pass, but while it is happening, yes, it is very frustrating. There are many causes for a memory lapse, but if it happens in a woman who is 45 and over, the immediate response is “old age.”

It is believed that older adults have more memory lapses than other aged populations. For a woman going through menopause, this can be true, but only in the short term.

One of the side effects of memory lapse was reported recently in the news, when athletes like Brett Favre came forth with this symptom, as a result of a chronic injury.

However, women going through menopause, memory lapses are a common effect, but again, after the menopause cycles have passed, memory function is regained. There are two different types of memory lapses – short term and long term.

The main feeling from memory lapses is the frustration in not being able to recall information instantly like you use to. Menopausal memory lapse symptoms include:

Women experiencing memory lapses are common as they undergo their last period, leading up to menopause. Women approaching and going through menopause are experiencing major hormonal changes in the body.

In the case of memory losses, the key hormone, estrogen, is the critical player in the functions of the brain, which influences language, mood behaviors, memory, and many other body functions. As a woman’s estrogen levels decrease, her memory will become “fuzzy.”

You May Also Like – Carpal Tunnel Syndrome And Menopause

With today’s more advanced knowledge of menopause and its symptoms, like memory lapses, home remedies, herbal remedies and conventional methods have been proven to help with this frustrating and embarrassing side effect of menopause. Lifestyle changes are encouraged for women, to help them cope with forgetfulness, such as dietary adjustments, that include folates, and omega-3 fatty acids that boost memory concentration.

This type of diet is being used in researching treatment for Alzheimer. The body and mind need these fatty acid chemicals to function properly. Fish and fish oil, is at the top of the ladder for rich fatty acid foods, such as herring, salmon, mackerel, and tuna. Leafy greens like collard greens, kale, turnip greens, are loaded with folates. Berries are great in protecting the breakdown of brain cells, blueberries in particular.

For women to further combat memory lapses, as a menopausal symptom, physical and mental exercise is needed to boost the blood flow leading to and from the brain, when the lack of estrogen slows down the cell building process.

Strategies and tips for women to overcome the mental feeling of hopelessness is found in mental and physical exercise, as well as diet and herbal supplements. Walking, swimming, and tredmills, are great light exercise regiments, especially when menopausal symptoms tell your body that you just want to give up.

Mental games that are fun, are always a great diversion, such as Sudoku, crossword puzzles, and computer games. Natural herbal supplements are a safe and beneficial treatment to help put balance back into a woman’s hormone levels.

Herbs like ginkgo biloba, is considered a brain food, because it is used worldwide to combat dementia and memory loss. If memory lapses in menopausal women, is critical, then women need to speak to their physician to choose hormone therapy treatment options.

The Start of Memory Loss

Memory loss has been studied in menopausal women and it has been found, to begin during the first year after menopause, when menses have stopped. Receiving information, holding onto it, then using it, are functions that come from the brain region known as the hippocampus and the prefrontal cortex.

These regions of the brain, interestingly enough, are very rich with estrogen receptors. Therefore, when estrogen levels decline, “brain fog,” is the result. Many women become frustrated and frightened when their memory loss is a daily event. However, memory and retaining abilities will return after menopause stops.

Stress is also an enemy of memory lapses, due to menopause. Finding a healthy way to de-stress will aid in keeping cortisol hormones from being released in the body, which causes confusion and attention deficit.

Even though insomnia and sleeplessness are symptoms of menopause, a good night’s rest can help improve brain fog and fuzzy thinking. Keep the bedroom dark, quiet, comfortable, and cool, so that it creates a relaxing environment for the body and brain to rest.

You May Also Like To Read – Red Wine Affects Memory: Is It True

Menopause is no longer a taboo subject. Studies and research are being conducted to help women find relief from menopause symptoms that plague them. Yes, most women do not need treatment from menopausal symptoms, but there are many others who experience uncomfortable symptoms.

However, for women who do suffer through symptoms, there are many natural and lifestyle change ways to deal with them, and they should know that they are not alone.