In menopause, the continuous fluctuation in the estrogen levels in the body leads to an increase in the production of histamine and makes the body more sensitive to allergens than normal.
Evan Jensen, CPT

What is Carpal Tunnel Syndrome

Carpal Tunnel Syndrome is a condition that affects the hand and arm and leads to numbness, swelling, tingling and loss of strength in both the arms and wrist. The term Carpal Tunnel Syndrome comes from the fact that the wrist is made up of small bones which form a narrow groove that is referred to as a Tunnel Syndrome. The symptoms mentioned above arise when there is pressure exerted on the median nerve that passes through this tunnel and controls the sensations and feeling in the arm and wrist among other areas. 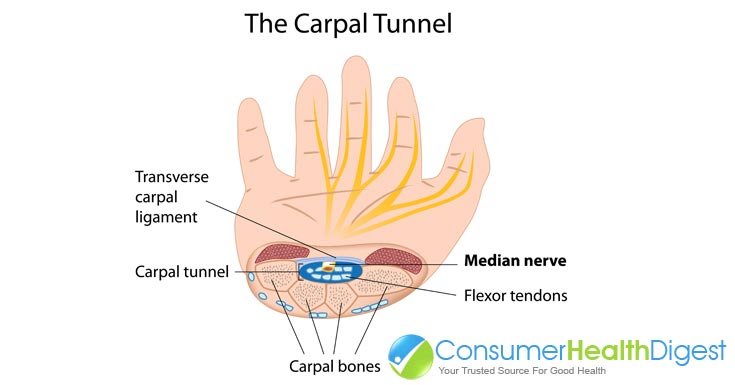 Carpal Tunnel Syndrome has become so common in the US. It is mostly experienced in the dominant hand but there have been reporting of where the condition affects both hands. The unfortunate bit of this condition is the cost associated with it. First is the cost lost from not being able to work and secondly the cost of medication. Estimates by the Department of Labor for the US estimate yearly losses that arise from absence of work due to Carpanal Tunnel Syndrome at $2 billion dollars in the year 2003. About 3.7 percent of the US population is said to suffer from this syndrome.

The symptoms of Carpal Tunnel Syndrome do not come all of a sudden; they are gradual.

Research done on this particular syndrome indicates that the syndrome is thrice likely to occur in women as compared to men. This could be because women’s wrists are generally smaller. This would infer that the Carpal Tunnel through which the median nerve passes is much smaller. This small space could easily lead to more pressure on the nerve as compared to the wrists of men. The high hormonal changes during menopause are also said to contribute to this syndrome.

There are cases when the cause of Carpal Tunnel Syndrome is unknown, here are some of the known causes;

Given that this condition involves a nerve, it is best treated or worked on by an expert. Any slight mistake that could tough on the nerve could leave you permanently affected.
Here are a few ways to treat the Carpal Tunnel Syndrome;

How to Prevent Carpal Tunnel Syndrome?

This syndrome is painful and uncomfortable but could easily be handled with lifestyle changes. Take time to review your progress as you implement the changes. If the symptoms persist please visit with a doctor to avoid any further complications.