Every woman goes through menopause, it’s an important part of your life and there is no way to skip it. Known as the “change” or climacteric, menopause is strongly associated with a wide array of symptoms including hot flashes and night sweats. All women are different, meaning they experience these symptoms of menopause differently. For instance, one woman can have mild hot flashes, while they can be quite severe in another lady. Besides physical, menopause also has psychological symptoms such as depression. But, could physical and mental symptoms correlate? The latest study showed that experiencing nighttime hot flashes could lead to depression. Keep on reading and discover more useful information on the connection between hot flashes and mild depression.

During menopause, most women experience mood swings, anxiety, and some of them even suffer from depression. At the same time, they also experience hot flashes, sleep disruption, and fluctuating hormone levels. Since different symptoms occur at the same time, their true relationship is difficult to analyze.

Hadine Joffe and a team of scientists at the Harvard Medical School in Boston carried out a study whose primary objective was to investigate whether depressive symptoms are linked to hot flashes or they could be explained by impaired sleep cycle or estrogen fluctuations.

The research included 29 healthy, premenopausal women with mean age 27.3. To inspect the relationship of these symptoms, scientists used a GnRH agonist (GnRHa) experimental model. This is a medication that suppresses estrogen production in the ovaries for a four-week long period. The purpose of this medication is to mimic menopause and induce menopause-like symptoms. Before and four weeks after the administration of GnRHa, they assessed depressive symptoms, sleep parameters, sleep quality, serum estradiol, and hot flashes. Also, participants completed mental health questionnaires at the beginning and end of the study.

Findings, published in the Journal of Clinical Endocrinology and Metabolism, found that 69% of participants experienced hot flashes. Additionally, worsening of mood was easily predicted by increases in time in light sleep, subjective sleep quality, reductions in perceived sleep efficacy, and a number and severity of nighttime hot flashes reported. Interestingly, daytime hot flashes weren’t associated with depression. This means that a woman who experiences hot flashes at night and doesn’t get much sleep because of these issues is more likely to develop mild depression than a woman who doesn’t have to deal with these problems.

Scientists explain that symptoms of depression developed after levels of estradiol dropped. They concluded that depression was also strongly associated with sleep disturbance and the number of nighttime hot flashes.

Joffe explains that women who report nighttime hot flashes and sleep disruption should, also, be screened for mood disturbances. The research team also adds that any treatment of mood symptoms in menopausal women should incorporate an effective manner to relieve impaired sleep nighttime hot flashes.

Night Sweats & How to Fight Them?

Nighttime hot flashes, or simply night sweats, are one of the most common symptoms of menopause. Although they aren’t dangerous, dealing with them can be quite frustrating and as you’ve seen above, they could also lead to depression. So, is there a way to fight them or reduce their impact? Yes, here are some tips you’ll find useful:

Identify and Avoid Triggers – hot flashes and night sweats do have certain triggers that make them worse and unbearable. You can start journaling, write down when you experience these symptoms as well as what did you do before they occurred. Go through your journal regularly and you’ll recognize the pattern. Common triggers for hot flashes and night sweats are spicy foods, warm rooms, stress, drinking alcohol and caffeine, tight clothes, heavy blankets and sheets on your bed, and so on

Lose Weight – overweight or obese women experience night sweats and hot flashes in a higher intensity. Weight loss will also help you reduce the risk of various diseases. Now you have yet another reason to start exercising

Exercise – sedentary women experience menopause symptoms at a higher intensity than their physically active counterparts. One study found that regular exercise helps relieve the severity of insomnia, hot flashes, irritability, and depression. The type of physical activity depends on you, do something that makes you feel great about yourself. 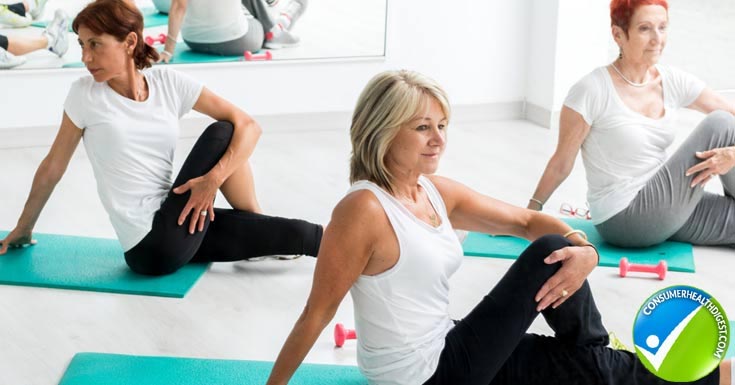 During menopause, women experience different physical and psychological symptoms. The latest study showed that hot flashes during the night (but not during daytime) could lead to mild depression. Scientists suggest that women who experience night sweats and impaired sleep should be screened for mood disturbances.

The most important thing is to acknowledge the connection between hot flashes and mild depression, seeking specialized assistance and counseling. If needed take some menopause product with doctor consult, as it may also help to fight with these menopause symptoms.