What Is the Average Age of Menopause for Most Women?

On average, menopause takes place at the age of 51 in the western world. However, some women experience menopause from as early as 35 years of age. Meanwhile others have to wait until 60 in order for their menstrual periods to stop completely. Menopause is the time of life when a woman has had no menstrual period for a period of 12 months.

When Will You Reach Menopause? 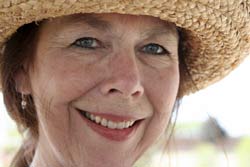 When Does Perimenopause Start?

Perimenopause is the period of transition just before a woman reaches menopause. This period can last from a few months and up to 10 years in some women. Perimenopause usually starts when a woman is in her 40s, although some women start much earlier or later than that. This perimenopausal period stops when a woman reaches menopause, that is, her menstrual cycle stops, no eggs are released by the ovaries and there are much lower levels of hormones like estrogen and progesterone in the body.

When Does Menopause Start?

Menopause is the point in time (not a period of time) when a woman has gone for 12 months without her menstrual period. This signals that she has passed her child bearing years and that her ovarian eggs have been depleted. Menopause takes place at the age of 51, although it may be much earlier or later for some women. Studies have indicated that women as young as 30 have reached menopause.

When Does Postmenopause Start?

Postmenopause is the period of time immediately following menopause. This takes place around the early 50s in most women. Research studies have shown that postmenopause can last for a few months and up to 15 years for some women. Postmenopausal women may still be experiencing menopausal symptoms during this time, although these may have lessened in severity and frequency.

It is not easy to predict the exact age at which a woman will reach menopause. This is because all of the factors that influence this process are not known. Although the age of the mother at menopause and other health-related factors (mentioned earlier in this article) can assist in predicting the age at which a women will reach menopause, there may be other toxins that have affected a woman’s ovaries which may speed up menopause. There may also be a genetic mutation that causes the woman to reach menopause earlier or later than expected.