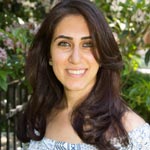 What is Cha Cha Matcha?

Cha Cha Matcha is brand of green tea which is ceremonial grade and grown on a farm in Uji, Japan. The company has both a website and shops in New York and California where they sell their products.

Matcha tea of this level may offer benefits like added energy, a stronger immune system, fat-burning and weight loss, improved mood, decreased stress levels, and mental focus. The tea may be high quality, but the website offers a limited number of products. 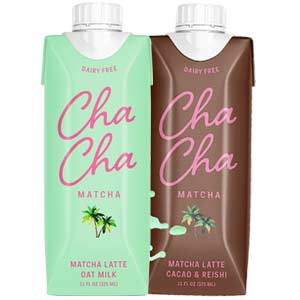 Cha Cha With Your Matcha

What It Does: It may offer flavor, energy, cognitive benefits, better immune functioning, and weight loss.

How Does Cha Cha Matcha Work?

Matcha is high in antioxidants called catechins, which could eliminate free radicals in the body and lower oxidative stress. This promotes bodily healing, and it strengthens the immune system. This tea also contains anti-inflammatory agents which can help decrease swelling in the body and possibly heal wounds.

Green tea contains the stimulant caffeine, which may provide sustained energy and enhance mental alertness, as well as improving exercise performance. In addition, it speeds up the metabolism. A study in the Journal of Research and Medical Sciences concluded that drinking 4 daily cups of green tea led to a decrease in weight and systolic blood pressure in diabetes patients [1].

A faster metabolism causes the body to enter the state of thermogenesis, burning fat rapidly for possible weight loss. A study on rats in Clinical and Experimental Pharmacology and Physiology found that caffeine increases activity thermogenesis and energy expenditure [2].

Matcha tea is also high in an amino acid which activates levels of the neurotransmitters dopamine, GABA, and serotonin. This could enhance mood and decrease levels of stress and anxiety.

These are the primary active Cha Cha Matcha ingredients:

– Green tea is a healthy drink which contains nutrients and some caffeine, providing energy, improved workout performance, and enhanced mental focus. It also speeds up the metabolism, leading to fat burning and potential weight loss. A literature review in Chinese Medicine explored the beneficial effects of green tea [3].

– This is an amino acid which could enhance mental focus and mood as well as decreasing levels of stress. It does this by raising levels of brain chemicals like GABA, dopamine, and serotonin.

In addition, it may elevate alertness, energy, cognitive performance, and improve sleep quality. A study in Plant Foods for Human Nutrition found that daily l-theanine tea led to a reduction in stress and anxiety [4].

– Caffeine is a stimulant which boosts the central nervous system for added energy and exercise endurance. In addition, it increases the speed of your metabolism, helping the body to burn fat and lose weight.

A study in the European Journal of Clinical Nutrition concluded that caffeine intake could lead to successful weight loss maintenance [5].

– Antioxidants are compounds which eliminate any harmful free radicals in your system, and as a consequence lower oxidative stress. This could promote healing in the body and make the immune system stronger. A review in Current Topics in Medicinal Chemistry discussed immunity and host defense of dietary antioxidants [6].

Who Should Buy Cha Cha Matcha?

Cha Cha Matcha is suitable for anyone who wants to try matcha, and also for seasoned matcha drinkers who want a ceremonial grade product. It may not be suitable for customers who are sensitive to caffeine.

Q: What Do the Cha Cha Matcha Reviews Say?

A: There were a number of Cha Cha Matcha review postings online, many of which were quite good. There were quite a few users who enjoyed the flavor and benefits of this matcha. Many people also claimed to find the ChaCha Matcha New York shop quite appealing.

There were reviewers, however, who said the customer service team was not particularly responsive. Some users found the cost to be a little high.

A: There are many possible ways to make matcha, and even to blend it with food and other beverages. Unfortunately, the manufacturer provides no instructions or recipes.

The basic technique involves putting the powder in a bowl and sifting for lumps. Then add a small amount of hot water and use a whisk briskly from side to side. Add either more hot water or steamed milk.

Q: What is the Cha Cha Matcha Return Policy?

A: Generally speaking, the manufacturer does not give refunds. However, if you’re not happy with the product, contact the company within 30 days of your purchase date and they will try to find a solution.

A: The manufacturer is a company called Cha Cha Matcha, headquartered in New York, New York and founded by Matthew Morton and Conrad Sandelman in 2015. The pair began the organization after collage graduation. They produce Japanese Matcha green tea with health benefits.

A: You can buy ChaCha Matcha on the manufacturer’s official website, from a couple of other websites, and you can get the Cha Cha Matcha drinks in some grocery stores. At the moment, there is only one product for sale on the official site – the ceremonial grade matcha.

Although they also appear to sell lattes, iced tea, and merch, at the moment those sections of the site are down as if they are under construction. The powder is $50 for a 60g container. The green tea beverage is $3.99 at the grocery store.

Q: What Sets Cha Cha Matcha Apart From the Competition?

A: The product line is very limited, compared to other brands such as Matchabar, Golde Matcha, Encha Matcha, and Jade Leaf Matcha which offer a wider selection. In addition they don’t include recipes and methods of preparation like on some of the other sites.

Cha Cha Matcha is a ceremonial green tea brand which grows on a farm in Uji, Japan. It likely offers all of the benefits of green tea, including energy, weight loss, focus, and improved immunity. While they seem to sell different products in their shops, online there is only one item on offer right now – the powder. The lattes, iced tea, and merch are not available.

There are a number of Cha Cha Matcha review posts online, with a variety of opinions. Some users loved the tea and said it gave them great energy and a feeling of health and wellness. Others were less impressed with the quality, or simply found it too costly.

Cha Cha Match claims to be organically grown and not include any harmful additives. Although matcha green tea doesn’t have a lot of side effects, there are some that could occur such as stomach ache. If you experience symptoms, this may not be the brand for you.

Matcha has skyrocketed in popularity lately, with matcha lattes, shots, and even green teas appearing everywhere from health stores to coffee shops.

Below you'll find some of the most effective matcha products on the market today, in our opinion. 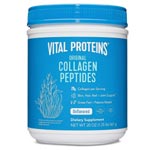 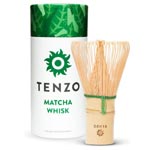 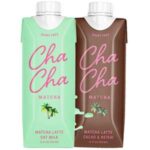