Sexual Arousal: How To Control It During Sex?

in order to better control the rise of climax & subsequent orgasm, you must know the mechanics of their physiology that lead to these levels of sexual arousal. 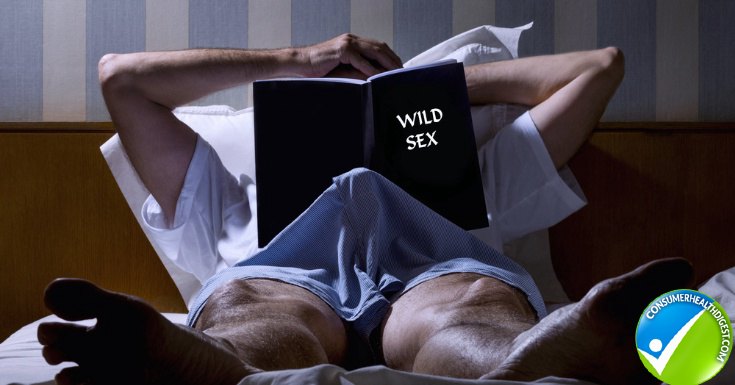 How To Control Arousal During Sex?

For many men, the issuing of actively controlling arousal levels during sex is the “holy grail” of sex and performance-related “issues.” A combination of a desire to “perform” at levels espoused by media outlets as well as the urge to provide partners with a satisfying level of physical stimulation, the question for sexual “control” has been on the minds of men all around the world, and will continue to remain a prevailing point of focus for sexually active men throughout the future.

In order to better control the rise to a climax and subsequent orgasm, men must first learn to understand the mechanics of their physiology that lead to these levels of sexual arousal. This article is designed as a brief introduction to popular thought and research on these topics. Although every man’s body will respond differently to arousal and sexual stimulation, the information displayed here is meant only as a “guidepost” by which men can not only educate themselves further on the mechanics of their own genitals but also to better understand the activity of their body relative to established medical “norms.”

For those who believe that their inadequacy or “over-adequacy” during sex is related to a more serious medical problem, we strongly advise medical consultation. There do exist a few serious medical problems that can result in the early or delayed onset of orgasm. Although confronting these issues does take a degree of confidence, men who do seek the opinions of medical professionals have often found that their sexual health and performance-related issues can be solved rather easily. Unfortunately, a large number of men never muster up the courage to confront these issues, allowing them to exist for prolonged periods of time without any attempt at treatment.

Step #1: Acknowledge What Your Problem Actually Is

This is probably going to sound like common sense, but the implications of this statement can have a startling impact on a man’s ability to perform during sex. Assessing the “problem” experiencing during intercourse goes beyond determining whether one is reaching orgasm too early or too soon. Men should actively attempt to determine what may be causing their perceived issue. Is there a lack of adequate sensation? Are their pre-existing relationship problems creating stress? Questions such as these are extremely important when determining the source of a sex-related physical manifestation. More often than not, psychological issues play a large role in a man’s sexual performance. A great example of this is as follows: studies have shown that some men only experience premature ejaculation with specific partners. Their performance is unimpeded in the vast majority of situations, but particular partners induce this medical condition within them.

For men who experience premature ejaculation during intercourse, doctors and sex therapists often recommend a selection of non-invasive “training” programs designed to strengthen the muscles within the penis and help men control the onset of orgasm. Like any physical function within the body, the strength of the muscles inside and around the penile region plays a large role in determining sexual desire during intercourse.

For more information on these treatment programs, individuals should consult with their doctor or, if available, a certified sex therapist. These individuals can provide an array of helpful information specifically related to these control methods. Many of these programs are designed to be undertaken in collaboration with an intimate partner. That being said, those who choose not to involve others still have a variety of options at hand which they can use to ensure that they gain the control they desire during sexual intimacy.

There’s a reason that young men experience premature ejaculation more than their older counterparts. The more sexual activity a man experiences, the more likely he is to be able to engage in penetrative intercourse for longer periods of time. Although we aren’t recommending that men actively seek out sexual partners for “practice,” this information should serve as a point of reassurance for younger men who are concerned that their insecurities related to sexual activity may only be temporary. Good luck!