Is it True that Human Semen contains Dozen of Viruses?

The human sperm is responsible to give birth. On the other hand, semen contains hundreds of viruses, according to the report. To learn the facts, you must read.
Michael Wight

Human semen is a grayish-white bodily fluid that is emitted by the gonads of the male during ejaculation, and most of the human semen is water.

It also contains sperm that is responsible for fertilizing the female ova for giving birth to a new life. A normal sperm count should range from 50 million to more than 200 million sperm per milliliter of semen.

Anything below 15 million sperm count per milliliter of semen is regarded as a low sperm count. Many couples who are trying to conceive face the problem of infertility, which does not allow a female to conceive a child.

The study shows that the male sperm counts are dropping worldwide. Besides sperm and water, human semen also contains fructose and other enzymes.

The study shows that human semen is also very high in protein and other nutrients. Now, the question is, “Is there a virus in semen?” The fact is there are numerous viruses in human semen. We will discuss it in detail in this article.

Can Viruses live in Semen? 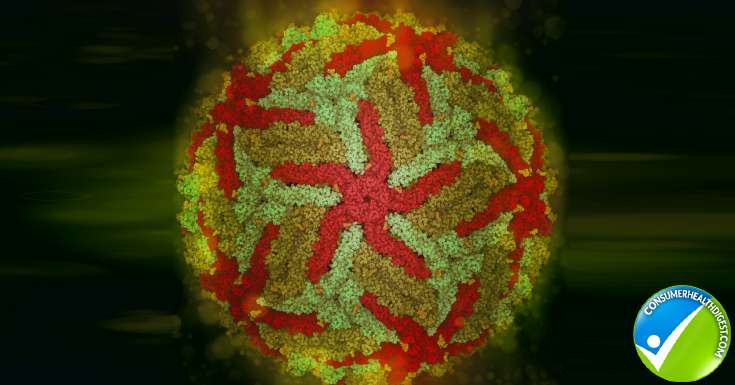 can viruses live in semen

It’s more than what you might be thinking right now. At least 27 viruses can live in semen, and the number could be even more.

It will only be found out after the detailed studies in the near future. The findings that are revealed by this study are likely to shock you.

The study was recently conducted to find out about human semen and the possibility of other viruses in human semen.

This research was conducted by a pair of researchers from the Oxford University along with the Public Health Rapid Support Team.

They conducted this research based on the previous studies to find out the possibility of other viruses that can be carried in seminal fluids.

The researchers worked very hard in the process of finding out the possibility of other viruses. They went through 3,800 papers that were related to viruses and semen.

The findings from the research concluded that human semen is a safe haven for more than dozens of viruses. Unfortunately, these viruses often top the list of the world’s worst diseases.

Some of the worst diseases, such as HIV are found in semen. This was well-known before the study. However, the results of the new study are quite scary to listen to.

According to these recent findings, a man’s ejaculation can even harbor Epstein-Barr. This is one of the nastiest bugs that can cause mono.

Furthermore, it can also lead to some of the deadliest diseases that are very popular like Ebola, Zika, Mumps, and many other diseases. The lead-researcher, Alex Salam, emphasized the possibility of the sexual transmission of these diseases.

He told that the doctors and other clinicians need to be concerned about the transmission of these traditionally non-sexually transmitted diseases now that the viruses have been discovered in the semen.

Another important point to keep in mind is that the study has only looked at the presence of viral genes.

Salam explained the meaning of detection in a simple manner. He told that detection simply means the proof of viral protein or viral genetic material was discovered in the semen during the research process. Another important thing to keep in mind, according to Salamis that it does not automatically mean that the virus is viable (the capacity to replicate itself).

In order to prove that the virus is capable of replicating itself, one needs to isolate the virus and it needs to be grown in animals or cells, as explained by Salam. This test is not yet carried out for many viruses that are discovered until now, so it’s not yet known if the virus is able to replicate itself or not, according to Salam.

Salam further emphasized the possibility of the transmission of these bugs by explaining that one cannot tell whether the bugs are capable of transmission or not due to various reasons, he believes that this mystery will not be known to the world of medical science any sooner.

He asked the people not to worry about the fact that there is a virus in semen. If we look at Epstein-Barr, it’s spread via saliva at times. To provide relief to the people, he gave an example of people who are involved in sexual intercourse.

There is no need to be panicked about other viruses that are found in the human semen. It’s very certain that a lot more studies will be conducted by the researchers in the future that will be based on the findings of this study. It may show us the possibility of the transmission of these diseases via semen while having sexual intercourse.

TAKE A LOOK AT: Nugenix Review An alternative to healthy sex life

Human semen is rich in protein and other nutrients, but we can also find a virus in semen. In fact, it’s a safe haven for numerous viruses. This is the reason why one must not even think about doing anything silly just because it contains nutrients.

However, there is no need to panic at this finding. There are ways to have safe sexual intercourse. However, you need to focus a lot on sexual health and fertility, though. The good news is that the success rate of IVF, a popular treatment method of treating male infertility, is very high, according to the report.

Seek out the ways to improve your sperm quality and overall sexual health. And, consult a doctor if you are experiencing sexual problems.

Michael Wight is a health enthusiast and blogger. He contributes to different websites in the health and fitness niche. Read Full Bio