What’s The Linked Between Impotence and Osteoporosis?

Can your bones weaken by low testosterone? Read a recent study only on Consumer Health Digest on impotency and osteoporosis.

The disorder is classified as sexual dysfunction and causes dreadful symptoms, which may not only lead to the development of additional symptoms in the affected person, but also to problems in the relationship they have with a partner.

How Many Men Are Affected By Impotence?

Erectile dysfunction affects a lot of men. Some men experience more severe symptoms than others.

For example, one man with erectile dysfunction may still be able to gain a hard erection and start penetration without any problems, but his erection may go away soon, which means sexual intercourse has reached its end – without any partner reaching orgasm or being thoroughly satisfied.

The Boston University School of Sexual Medicine reports that around 10% of men between the ages of 40 and 70 experience severe to complete impotence.

At the age of 40, about 22% of men are affected by this condition. While erectile dysfunction is less common among younger people, it still affects as much as 10% of men who have not yet reached the age of 40.

What are the Causes and Risk Factors of Impotence? 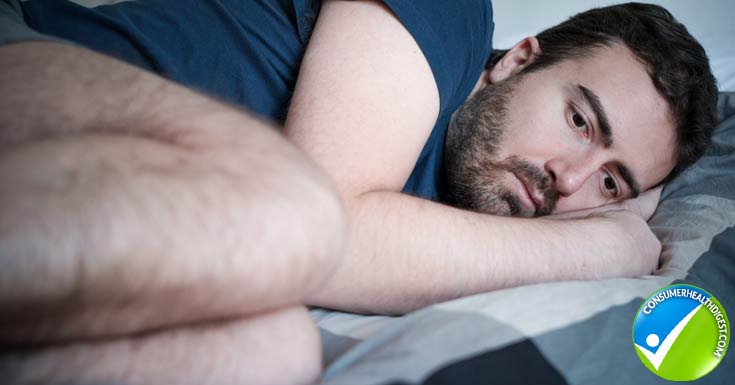 There is a complicated list of potential causes and possible risk factors linked to erectile dysfunction.

Similar to many other diseases, the causes often defers from one patient to another patient. Mayo Clinic explains that a lot of men with heart disease, atherosclerosis, diabetes, high cholesterol and high blood pressure find that their erectile function is affected in a negative way.

Having a metabolic syndrome or Parkinson’s disease can also contribute to impotence in men. Erectile dysfunction can also cause psychological symptoms to develop, such as depression.

When a man is unable to satisfy his partner, he may be worried about their relationship, and the fact that he is unable to have normal erections can also have an impact on his self-esteem. These issues can lead to symptoms of depression.

Apart from these causes, another contributing factor is a low testosterone count.

Even though testosterone doesn’t affect a man’s ability to gain or maintain an erection directly, it can play a significant role in a man’s erectile function. Men’s Health reports that testosterone is responsible for regulating a man’s sex drive and when a man’s sex drive is on the low side, they are more likely to experience problems with their ability to gain an erection during an intimate section with a partner.

For this reason, low testosterone is often considered to be a possible contributing factor to erectile dysfunction.

When erectile problems are caused by a low testosterone count, then a man is not only at risk of a low sex drive and possibly symptoms of impotence, but can also develop many other symptoms that are considered as side-effects of low testosterone. Health Line explains that signs that a man has low testosterone in his blood may include a decrease in his muscle mass, as well as reduced physical strength. Fatigue, hot flashes and weight gain are also common symptoms. Furthermore, body hair may reduce and his breast tissue may start to swell up, which can lead to male breasts, a condition that is also known as Gynecomastia.

Testosterone also plays a part in maintaining strong and healthy bones. When testosterone levels decline too fast, then the body may not have an adequate level of this hormone to keep the man’s bones strong.

When such a condition develops, bones may become fragile and even fracture more quickly. Thus, a strong link between low testosterone and osteoporosis exist.

A review study by the Universiti Kebangsaan Malaysia Medical Center also explains that there is a definite link between age-related testosterone decline in men and the onset of osteoporosis, since the bone disease seems to get higher with age, corresponding to the higher prevalence of testosterone deficiency in older men.

They explain that androgen, which is a class of hormones that testosterone is classified under, binds to estrogen receptors, which then affects bone health adversely.

NEXT STORY – Major Causes And Symptoms Of Low Testosterone Levels?

Since testosterone is important for maintaining the density and health of bones throughout the body, another symptom of low testosterone may be a decrease in bone health, which can contribute to the development of osteoporosis.