How Peeing Sitting Down Effects on a Man’s Sex Life?

When it comes to urinating, a vast number of men stand. Learn about the advantages of urinating while sitting and how it impacts men's sexual lives.
Sam Kramer, MS, RD, CSSGB, LDN, CISSN

For many years, men have peed standing up. This has become a natural part of a man’s life and is even supported by public bathroom urinals.

Recent studies have suggested that men should actually sit down when they pee, but this immediately started to spark debate on the internet. The Escapist Magazine had a poll on their website that concluded 23.7% of male participants actually sit down to pee.

Another poll on New Jersey 101.5 had more than 50% of voters stated that urinating sitting is the better option for men. They claim that around 35% of men in the United States already do this. Furthermore, this position is actually quite common amongst men in Sweden in Japan.

If you’re a man reading this article, then you should already know what male public bathrooms are like.

Their quite messy, even when cleaners are actively cleaning the environment. One major benefit of sitting down to pee as a man is a fact that splatter is avoided. Splatter causes puddles of pee in the bathroom and often leads to bad smells.

Avoiding this means improved hygiene, not having to walk through puddles of pee, and no unpleasant smells.

Another benefit that many men do not consider is the fact that peeing while sitting down empties the bladder better than when standing up while peeing.

While many men fail to realize this benefit, research has been conducted in order to provide evidence of the fact that the bladder empties better during a sitting position, compared to a standing position.

The study was conducted by the Leiden University Medical Centre in the Netherlands and involved a team of medical experts that included YPE De Jong, JHFM Pinckaers, RM Ten Brinck, and several others.

The study was conducted on 11 healthy men with lower urinary tract symptoms and the study recorded effects on the following factors: 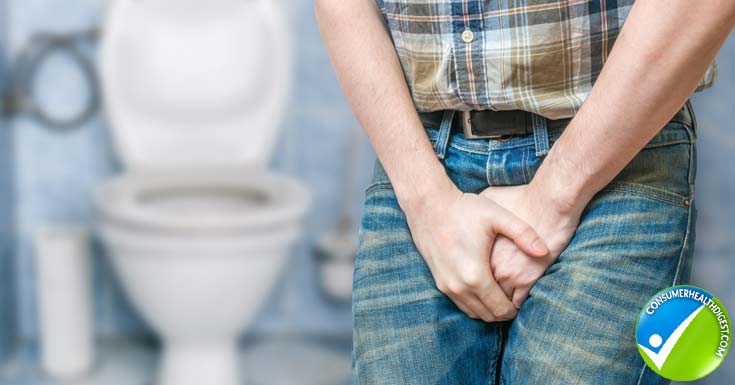 After evaluating the results of the study, evidence provided proof that a seating position in men during urination can lead to a healthier emptying of the bladder and can reduce lower urinary tract symptoms.

The Effects on a Man’s Sex Life

With the benefits of a seated urinary position for men already explained, let us take a look at how this position can assist a man with his sex life.

In order to understand how this position assists a man’s sex life, we need to turn our focus towards the effects of inadequate emptying of the bladder, also referred to as a high level of post-void volume.

This includes unusually frequent urges to urinate, pain and discomfort during urination, bedwetting, fever, nausea, back pain and even being awakened at night with an urge to urinate.

These symptoms may directly affect a man’s ability to have sexual intercourse in several ways:

Furthermore, it is a known fact that sleep is an important part of every person’s life. During sleep, the body recharges and many vital functions occur.

When urges to urinate becomes a problem during the night, a man’s sleep patterns can be affected in a negative manner. Telegraph reports that a study has linked inadequate sleep to low levels of testosterone in men.

This can also lead to a lower sex drive, a reduction in libido as well as poor reproduction abilities. Other symptoms of low testosterone also include low muscle mass, which can lead to fatigue and low energy.

Both of these symptoms will also have a direct effect on the man’s ability to perform well during sexual intercourse. Medical Daily also reports that men suffering from prostate problems can gain positive benefits from sitting down while urinating.

The majority of the male population is found standing while urinating to be masculine. While this has been believed for many years, studies have recently considered urinating sitting benefits when urinating for men.

The results of the studies find that men who sit down during urination urinate faster and their bladders empty better. This leads to a lower risk of developing problems such as urinary tract infection, which could affect a man’s sexual drive and ability to perform well during sexual intercourse.